But they are joining together to call for people to get the COVID-19 vaccine in a new public service television advertisement.

The spot released Thursday, produced by UW Health, features the Republican Walker placing a Zoom call to the Democrat Doyle. Both are in their personal offices. 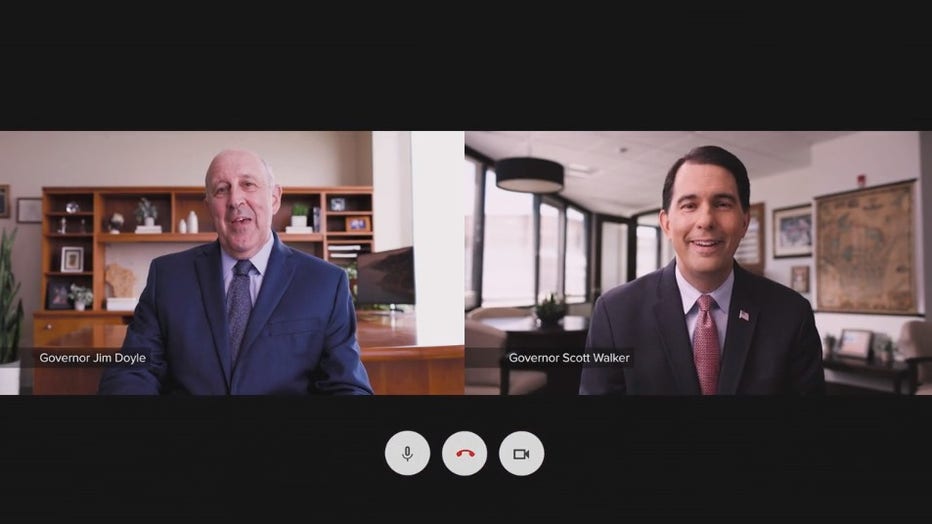 "I’m just ready to be done with this pandemic," Walker says.

Doyle responds, "I couldn’t agree with you more."

"That’s what I thought," Walker says. "Here’s another thought: Let’s do a commercial together - reminding people in Wisconsin how important it is to be vaccinated."

Doyle quips, "That may be the best idea you’ve ever had."

Both Walker and Doyle have been vaccinated.

Both governors said in statements that they hoped the ad would encourage everyone to get vaccinated to enjoy the summer and return to a more normal life.

As of Wednesday, nearly 49% of Wisconsin residents have received at least one dose of vaccine and just over 43% are fully vaccinated.

This isn't the first time that political rivals have appeared together in a public service announcement during the pandemic. Republican Assembly Speaker Robin Vos and Democratic U.S. Rep. Mark Pocan appeared in a spot last year encouraging people to wear masks.

Milwaukee police are hopeful that putting information directly in the hands community members through the Atlas One app could lead to more tips.