Israel’s former director of space programs for the country’s ministry of defense claimed the U.S. and Israel have been in contact with extraterrestrials representing a “galactic federation,” and President Donald Trump has been on the verge of revealing the information.

LOS ANGELES - Haim Eshed, 87, former director of space programs for the Israel Ministry of Defense for nearly 30 years said the U.S. and Israel have been in contact with alien life forms representing a “galactic federation,” and President Donald Trump knows about it.

Eshed told Israel's Yediot Aharonot newspaper that “humanity is not ready,” for the public disclosure of extraterrestrials who he claims currently are in talks with government agencies on our planet.

"There is an agreement between the U.S. government and the aliens. They signed a contract with us to do experiments here," he said.

Parts of the interview were published in English by the Jerusalem Post on Dec. 8, 2020. Eshed claimed that Trump is aware of the existence of the extraterrestrials and has been “on the verge of revealing” information, but was asked not to in order to prevent “mass hysteria.”

"They have been waiting until today for humanity to develop and reach a stage where we will understand, in general, what space and spaceships are," Eshed said, referring to the supposed galactic federation. 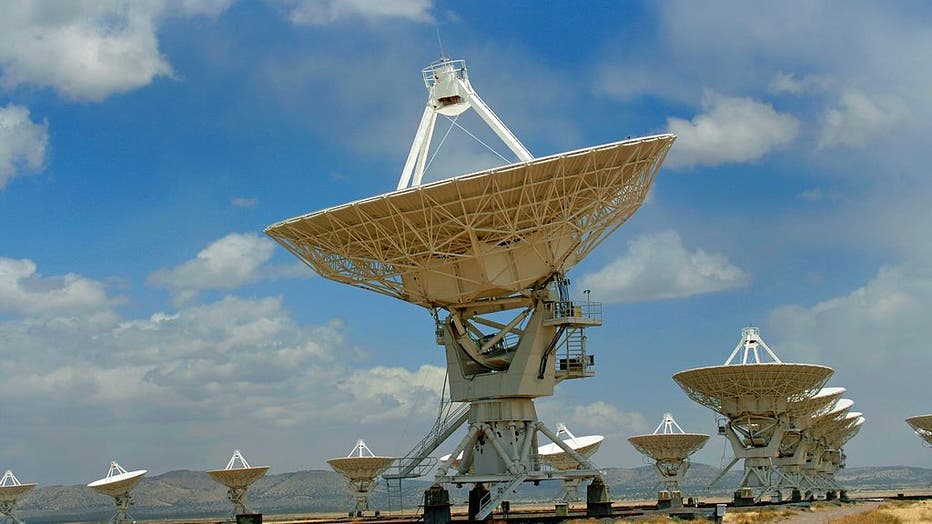 "If I had come up with what I’m saying today five years ago, I would have been hospitalized," Eshed said. "Today, they’re already talking differently. I have nothing to lose. I’ve received my degrees and awards; I am respected in universities abroad, where the trend is also changing."

He also said that there also exists an underground base on Mars where representatives from the galactic federation and the United States correspond.

Eshed’s claims follow the release and declassification of videos by the United States government which show encounters between UFOs and U.S. Navy pilots in 2004 and 2015.

RELATED: ‘Not made on this earth’: Top-secret Pentagon UFO task force reportedly expected to reveal some findings

After the release of the videos, reports surfaced of a top-secret Pentagon program conducting classified briefings for over a decade, analyzing various encounters between military craft and unidentified aerial vehicles.

In July, the Pentagon stated that the program was disbanded, but a Senate committee report from June revealed spending on a program called the Unidentified Aerial Phenomenon (UAP) Task Force.

Astrophysicist and former consultant for the UFO program since 2007, Eric W. Davis, told the New York Times in July that he gave a classified briefing to the Defense Department agency as early as March regarding “off-world vehicles not made on this Earth.”

In September, the U.S. Navy acknowledged that three UFO videos that were released by former Blink-182 singer Tom DeLonge and published by The New York Times were of real "unidentified" objects.

In May 2019, the Pentagon also admitted that it still investigates reports of UFOs, or "unidentified aerial phenomena," in a statement that a former U.K. defense official called "a bombshell revelation," according to a New York Post report.

A Department of Defense spokesman told the Post in a statement that a secret government initiative called the Advanced Aerospace Threat Identification Program "did pursue research and investigation into unidentified aerial phenomena."

In a statement obtained by Japan Times, Kono ordered members of the military beginning in September to record, photograph and investigate any unknown objects that mysteriously enter Japanese airspace.

Orders included implementing “necessary analysis” of such sightings, including sightings by the public, according to Japan Times.

The outlet reported that in 2018, the Japanese government publicly stated its position on UFOs, saying, “No confirmation has been made of their existence.”