MILWAUKEE - On a cold February afternoon, Jim Milner sits in Milwaukee, holding the New Testament in his hands; a book that once belonged to his cousin, Gary Douglas.

"To have the Bible is a good thing," said Milner. "As I’m talking to you, I’m at the funeral in Fulton."

Gary Douglas lived many years in Milwaukee but was buried in his hometown of Fulton, Indiana. 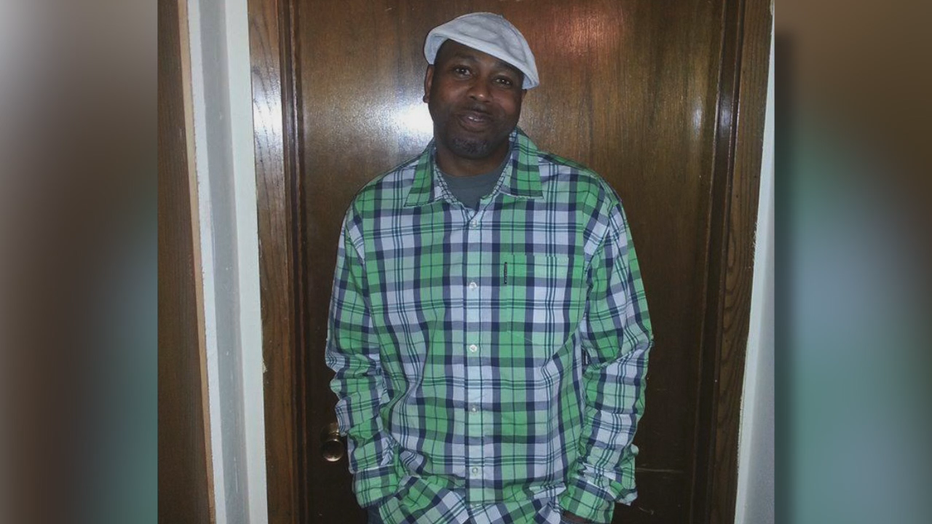 When Douglas, 48, moved from Indiana to Milwaukee in the early 1980s, one of the first things he did—was join Universal Peace in Christ Church. 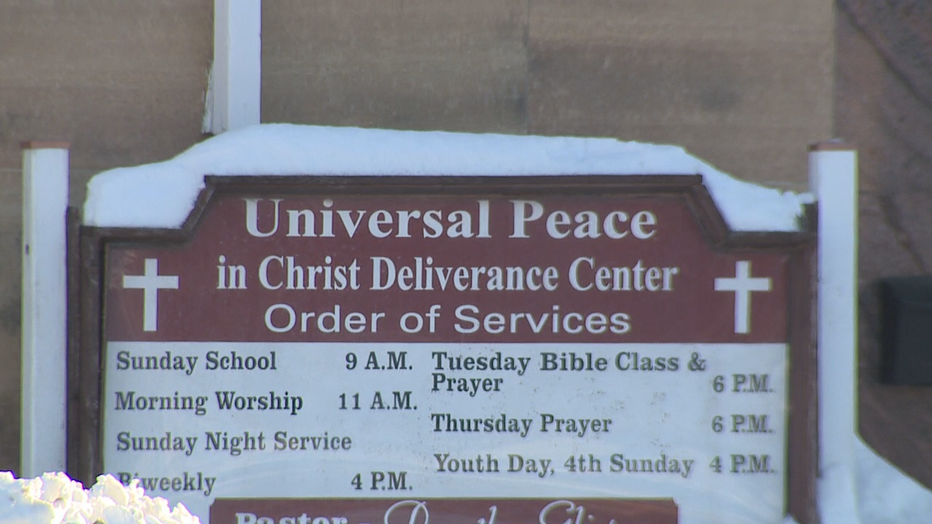 Milner knew his cousin took religion and church to heart, something their grandmother instilled in them from a young age. Douglas would later become a minister and dedicated his life to helping others; one of his jobs was at a local transitional living facility.

On Dec. 21, 2014, Douglas was shot and killed at 27th and Courtland. His body was found on a stoop, while his truck was found parked in an intersection not far away. His unsolved death still haunts his family and cold case detectives. 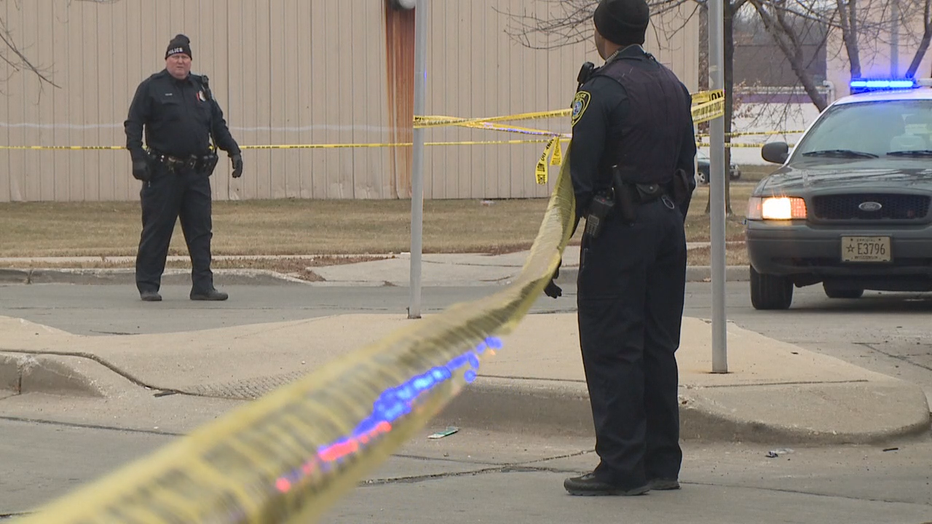 "The fact that we have not caught someone who is capable of doing something like that means they’re still out there," said Det. Timothy Keller. "You’d hate for this to happen to someone else."

Just before 8 a.m., Douglas had set out for McDonald’s at 27th and Capitol for his usual breakfast of sweet tea and a sandwich. Surveillance captured him pulling through the drive-thru before he left the parking lot. 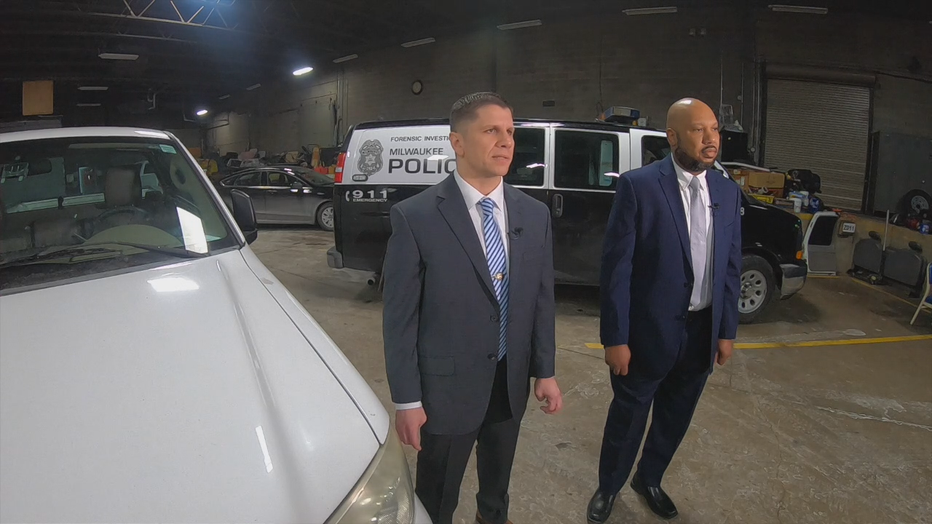 A camera located near 27th and Courtland picked up Douglas’ white Ford truck as it passed by. Thirty seconds later, the same camera showed Douglas running for his life, with a man in a hood running close behind. 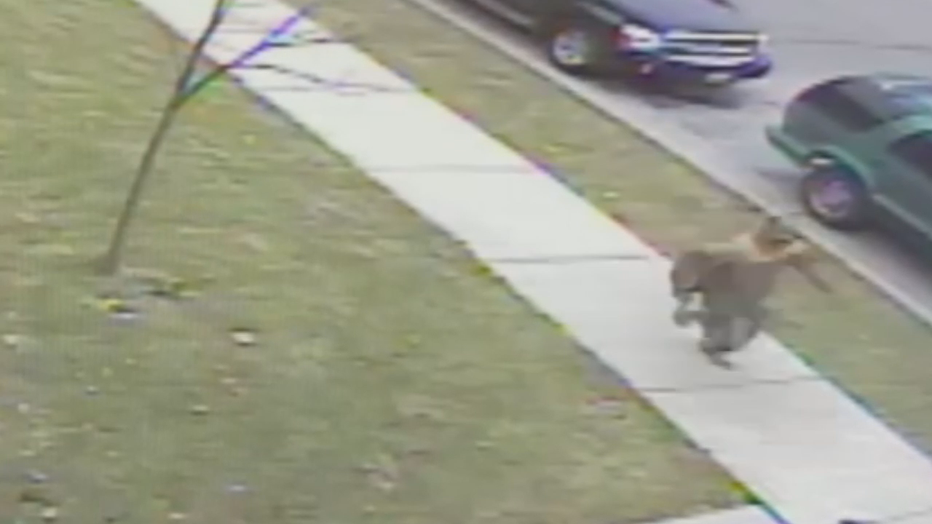 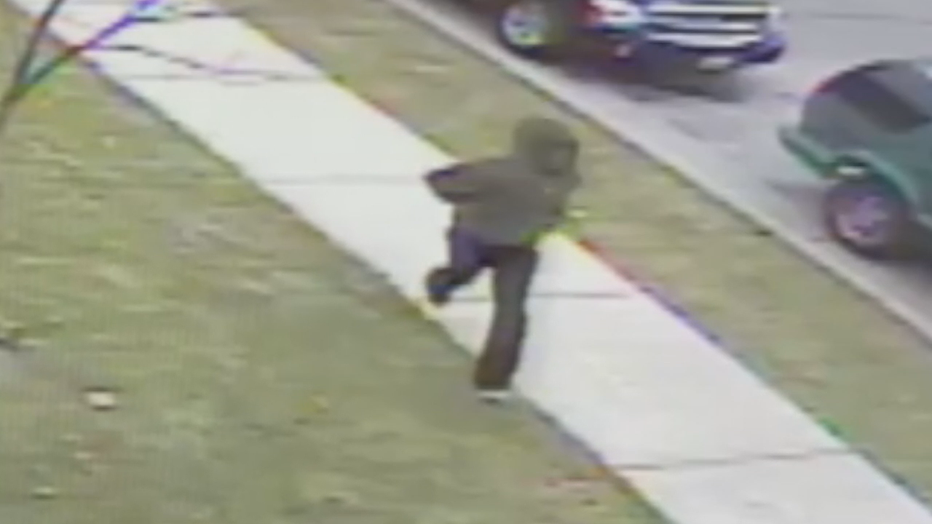 "Some of the physical evidence supports the shooter likely stood over the top of him and continued to fire shots at him once he was down," said Det. Keller. "That’s a very personal thing. I think it’s an intentional act and shows whoever shot Gary wanted to kill him."

For every investigation, homicide detectives turn to possible forensic evidence left behind. They found it in Douglas’ white truck parked not far from his body. What was odd, police said, is the way in which Douglas left it. 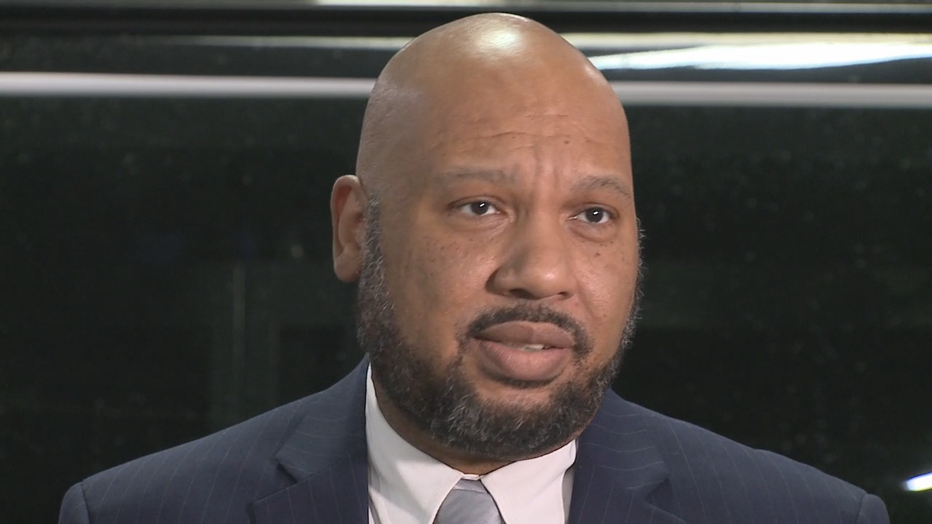 "At first glance, seeing two cups, would make us think there were two people inside the truck," said Det. Keller. "It wasn’t until people at McDonald’s confirmed he was the only person inside of the truck when he placed the order."

Police used the surveillance from McDonald’s to corroborate that narrative, and a fingerprint on one of the cups matched back to a McDonald’s employee.

As part of Douglas’ death investigation, investigators towed his white truck back to the city’s tow lot to further search for forensic evidence.

They knew the victim’s driver side door was left open in the intersection. Upon closer review, they realized a bullet had punctured the glass. 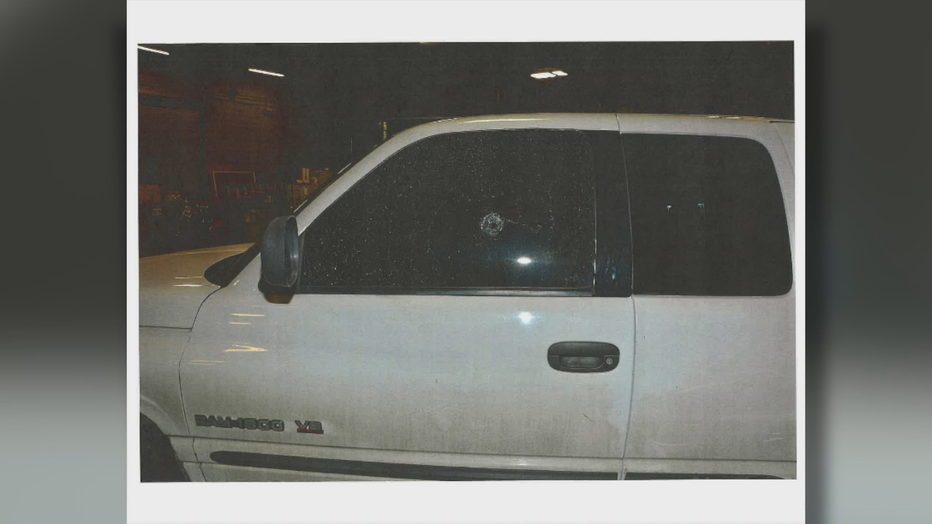 That told police more information about the person who killed Douglas.

"We don’t know if Gary drove the suspect to the scene in the passenger seat or if when he reached the intersection…that he encountered the person who ultimately killed him," said Keller. "We don’t know when he came into contact with that person." 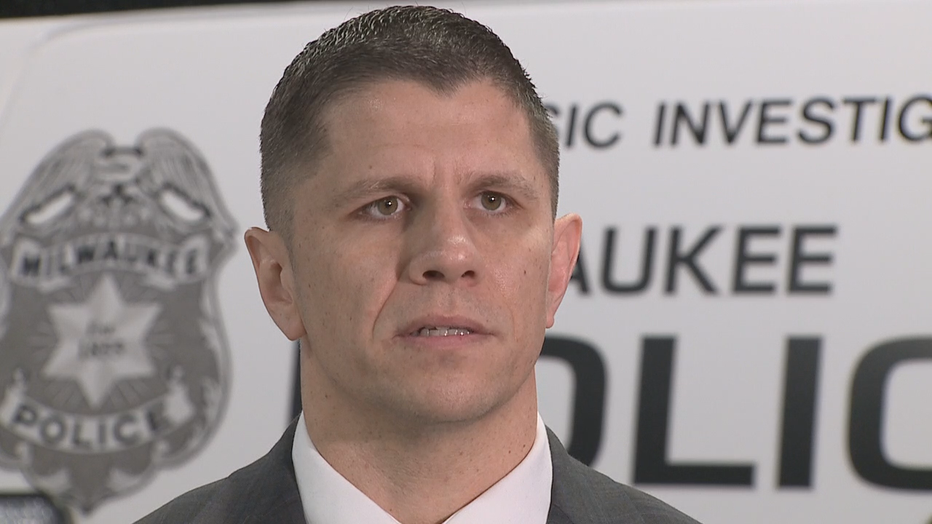 The suspect’s cinched hooded sweatshirt could suggest robbery as a motive, police said. But Douglas’ wallet and two cell phones weren’t taken, which could mean otherwise.

"The fact that the suspect chased Gary for that amount of distance and then shooting him seems like there was more than robbery as a motive," said Det. Keller. 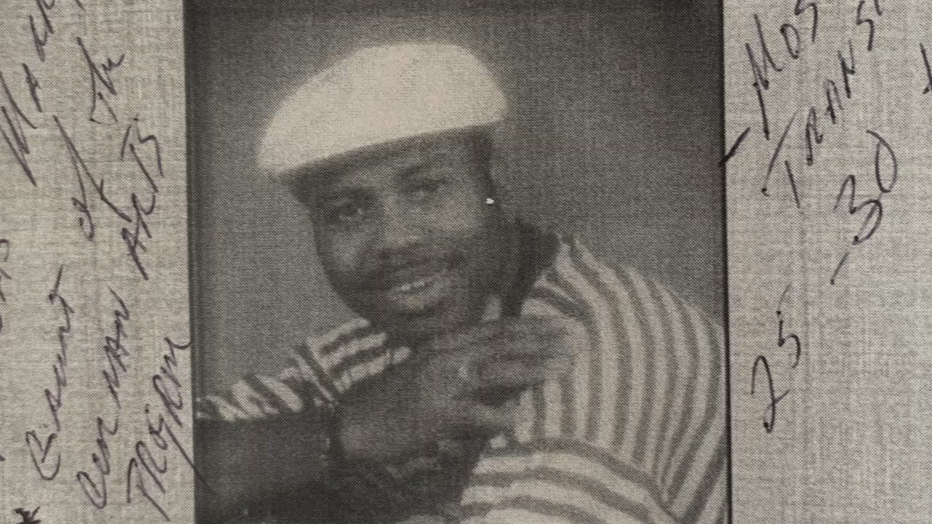 Detectives hope the surveillance video of the suspect will help solve this case. They suspect the person may live around that area and people who lived near 27th and Courtland may recognize the suspect.

"There are a lot of cases we don’t have evidence like that, that would give such an accurate description of who we’re looking for," said Det. Keller.

Police describe that person as a Black man in his late teens. 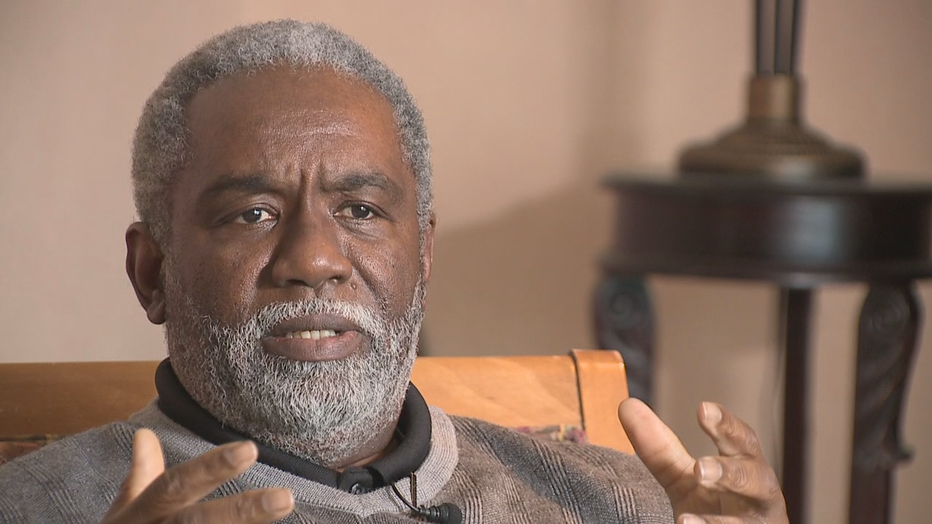 "The person that did this should be held accountable for it," said Milner.

Anyone with information about the death of Gary Douglas should call the Milwaukee Police Cold Cause Unit at 414-935-7360 or find them on Facebook.

Third Space Brewing announced on Wednesday, Feb. 24 that it is increasing the four-year-old craft brewery’s brewing capacity to 18,000 barrels per year.