Five men are facing explosives-related charges stemming from the investigation into the incident that injured two Milwaukee police officers after a firework was thrown in their direction while on duty on Water Street in the early morning hours of July 5.

MILWAUKEE - Five men are facing explosives-related charges stemming from the investigation into the incident that injured two Milwaukee police officers after a firework was thrown in their direction while on duty on Water Street in the early morning hours of July 5.

The two officers were standing in the median in near Water and Juneau when, shortly after midnight, a firework was thrown towards the two men and exploded. The blast injuring the two officers and deployed one of the nearby squad car’s airbags, according to court filings.

Three men are charged in connection to throwing the explosive device. 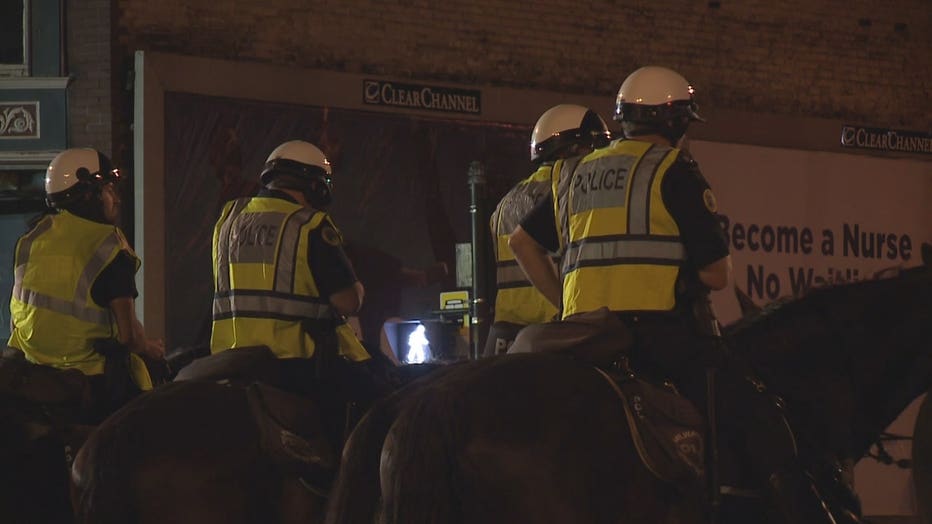 Javaier D. Thompson, 18, and Gerrell Bufford, 20, are both charged with two counts of first-degree recklessly endangering safety, use of a dangerous weapon – party to a crime, and one count of possession of explosives for an unlawful purpose.

According to the criminal complaint, the officer closest to the blast said he saw something thrown less than two feet away from where he was standing, and before he could react, it exploded. The officer said he felt immediate pain to his face, eyes and ears; was confused, lost balance and had to prop himself up on his squad car from falling over.

The other officer, whose back was to the explosion, said he heard a loud bang and felt the concussion from the explosion, which disoriented him, he had trouble hearing and suffered a minor loss of balance.

The officers, a 45-year-old man and a 40-year-old man, were treated and released from the hospital and recovering at home.

Bufford’s brother, Lawrence Turner, 27, was charged with one count of possession of an improvised explosive device after being seen on video allegedly setting off what court documents say amounted to a pipe bomb near 24th and Fond du Lac hours earlier.

Another man, Demetrius Powell, was charged with five counts of possession of an improvised explosive device in connection to allegedly selling the pipe bomb to Turner. 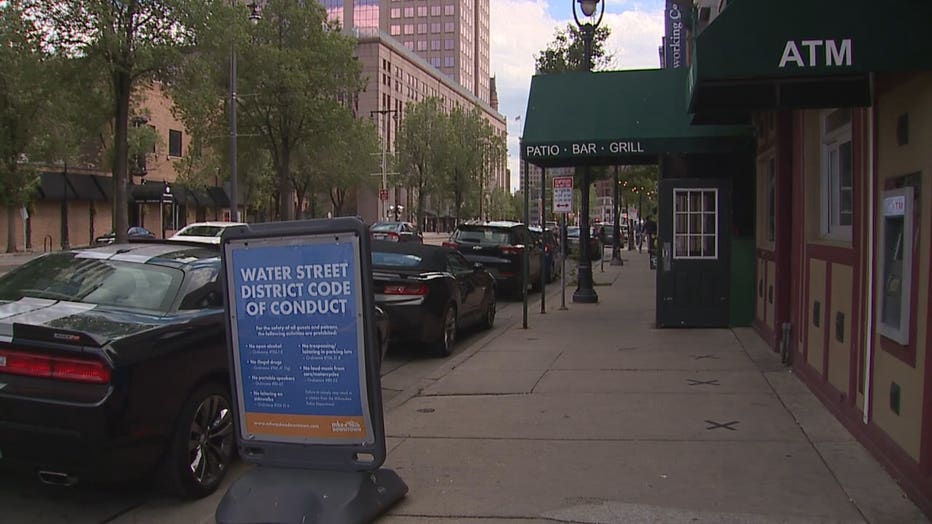 Filings say officers saw and heard a number of several explosive devices thrown into the crowds of tavern patrons each time a Ford 500 was seen in the area. The officers say, according to court documents, that a firework was seen thrown from the Ford 500 towards the officers, and the vehicle continued northbound on Water Street. An officer was able to get a license plate number and later found that it was registered to Smith.

Police found the vehicle parked outside of Smith’s north side home about an hour after the explosion downtown and had it towed. Smith later showed up to District 3 headquarters to inquire about the towing of his vehicle when he was taken into custody.

During a consented search of Smith’s cell phone, filings say police found a voice to text message from Smith saying he had bought about 12 "pipe bombs," waited until night when Water Street would be busy and decided to throw the last unlit explosive on a police car or near officers.

During a search of the phone, police also found two videos from July 4 of a man – later identified as Turner – holding and throwing a PVC pipe with caps and a fuse in the middle into the street that later explodes.

According to court documents, Turner admitted he was the one in the video and that he threw the pipe bomb near 24th and Fond du Lac. Turner, however, was not involved in the incident on Water Street.

Filings say Turner provided police a contact for who he purchased the explosive from, later identified as Powell. Detectives later set up a buy with Powell to purchase more explosives near Washington Park on July 6.

Powell said he doesn’t make the devices, "just sells them as a middleman to make some money" and buys them from someone else, according to the complaint. 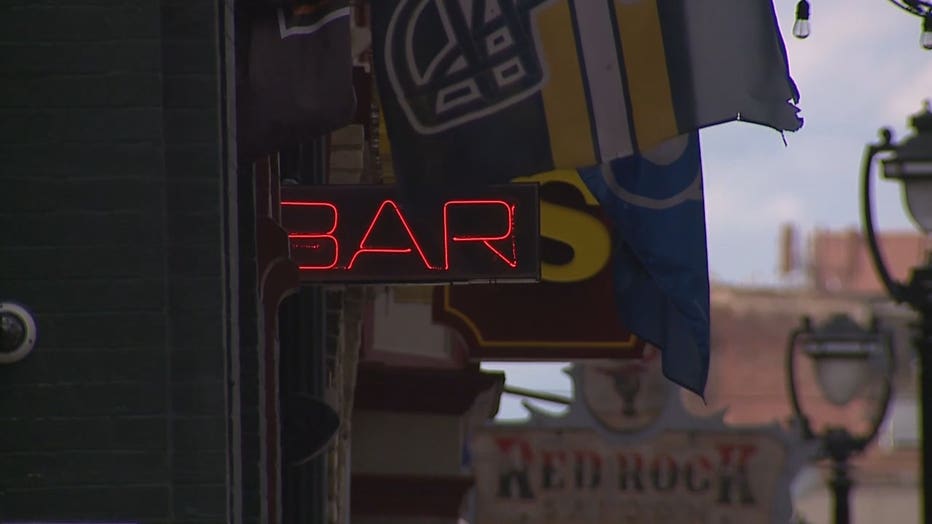 PartsBadger LLC is expanding its facility in Cedarburg—a $1.55 million project expected to create 26 jobs over the next three years.

Milwaukee police are investigating a shooting that occurred on Sunday, July 11 near 42nd and Fond du Lac.

The NBA Finals came back in Milwaukee Sunday, July 11, with the Milwaukee Bucks facing the Phoenix Suns, and fans were out in the Deer District in numbers hours before tipoff.