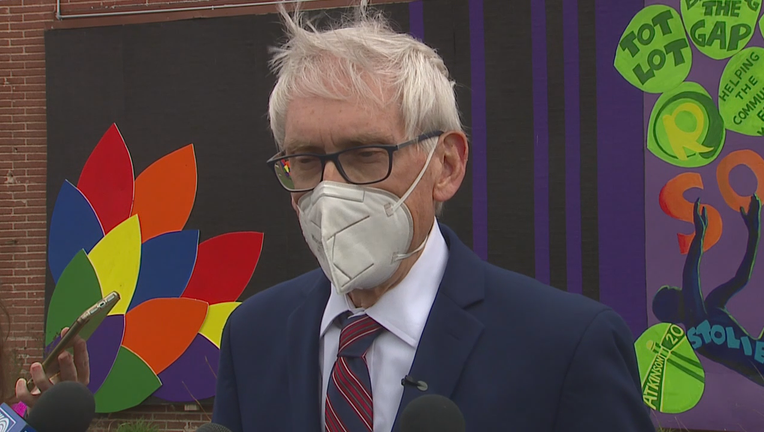 MADISON, Wis. - Democratic Gov. Tony Evers refused to rule out the possibility of vetoing the entire state budget that's currently being written by a Republican-controlled legislative committee, saying Tuesday that it was too early to say whether he would do that.

Evers also said it was reasonable to expect some businesses and universities to require proof of vaccination for the COVID-19 virus. A Republican-backed bill that would prohibit the University of Wisconsin from requiring vaccinations, or COVID-19 tests, is up for a public hearing Wednesday.

Evers has already vetoed a bill that would have prohibited health officials from mandating the vaccine.

On the budget, Evers said he hoped the Legislature would put more money toward K-12 schools. When asked if he would veto the entire two-year spending plan if they don't, he said that was always an option. Governors also have broad partial veto authority, which Evers used two years ago on the GOP-approved budget to increase funding for schools.

The Legislature's Joint Finance Committee last week approved spending less than $150 million more on K-12 schools, which was less than 10% of what Evers requested. Republicans defended the move, noting that Wisconsin is set to receive $2.6 billion in federal coronavirus stimulus money for education.

Evers commented after a ceremony outside the state Capitol where the rainbow flag symbolizing gay pride was raised for the third straight year. June is gay pride month and Evers was the first governor in Wisconsin history to order the pride flag to be flown when he did it in 2019.

Evers said that was a preventative measure and he wasn't aware of any state money being used currently on the practice.

Evers also strongly signaled that he would veto Republican-authored bills making their way through the Legislature that would prohibit transgender girls from playing for girls or women's teams from kindergarten through college.

"I will veto any bill that's going to negatively impact our kids, period," Evers said. He said that "hateful and divisive rhetoric" on display in the Capitol has no place in Wisconsin.

He was joined outside for the flag raising ceremony by Democratic U.S. Sen. Tammy Baldwin, who is gay, along with several gay and lesbian members of the state Legislature, Lt. Gov. Mandela Barnes and several members of his Cabinet.

Evers said raising the rainbow flag, along with the other orders he signed and the show of support from elected officials and members of his Cabinet, sent a signal that LGBTQ people and their rights are important in Wisconsin.