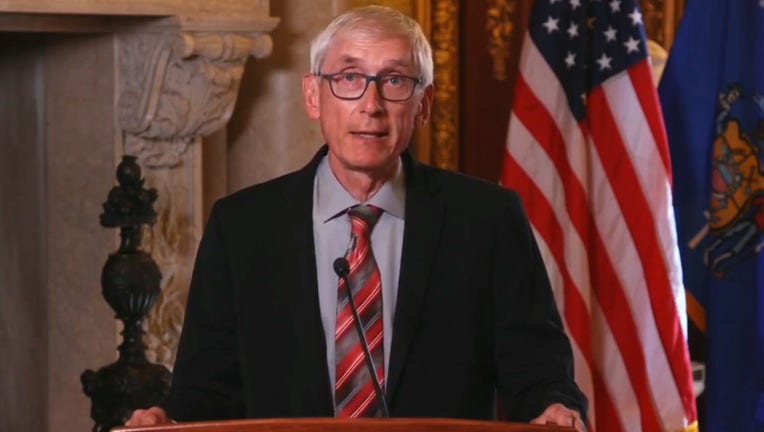 MADISON, Wis. - Republican concerns over the screening process for thousands of Afghan refugees who stood side by side with Americans and are now being processed through Fort McCoy are unfounded "dog whistle crap," Wisconsin Gov. Tony Evers said Monday.

Republicans, including former President Donald Trump, have criticized the vetting process and warned about terrorists being allowed into the country. After a tour of the base last week, Republican U.S. Sen. Ron Johnson questioned whether the refugees at Fort McCoy had been fully vetted and said White House assurances about the process were "lipstick on a pig."

Evers also toured the base last week and met with refugees. He said Republicans criticizing the vetting of those refugees are "vastly uninformed."

"Or they like to raise that specter of maybe some of those little kids I saw at Fort McCoy are terrorists or maybe those adults that I saw at Fort McCoy who were working hand in hand with our soldiers and airmen in Afghanistan, somehow they are terrorists even though they’ve been vetted four or five or six times even before they left Afghanistan," Evers said. "To me, it’s dog whistle crap and we don’t need any of that."

Evers, who made his comments during a Democratic Party bus tour, said he didn't have an update on how many refugees have been sent to Fort McCoy, but that it is capable of housing up to 10,000. On Friday, Wisconsin Republican congressmen toured the base and said there would be 3,000 refugees there by the end of the day.

Public affairs officials at Fort McCoy would not take direct phone calls inquiring about the refugees on Monday and did not immediately respond to emails seeking an update. Fort McCoy is located in western Wisconsin, about 40 miles (65 kilometers) east of La Crosse and the Minnesota border.

As of Friday, the United States and its coalition partners had evacuated more than 100,000 people from Afghanistan since the airlift began Aug. 14, including more than 5,100 American citizens.

They're popular apps, but before you use one for a paycheck advance, the experts have advice to make sure you're not losing money.