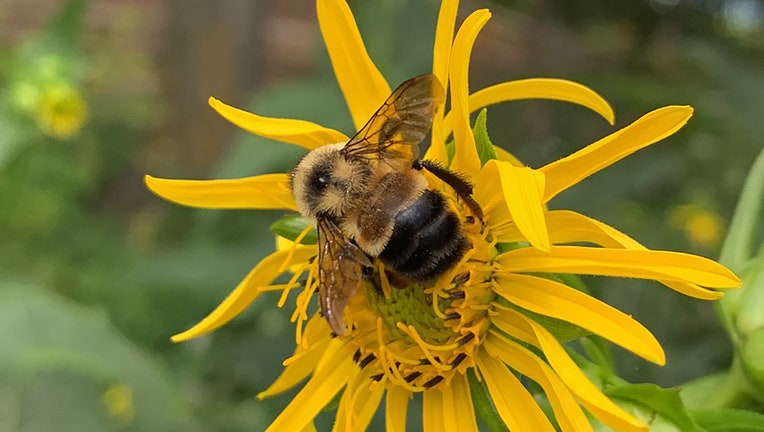 MILWAUKEE - A critically endangered species was discovered at the Milwaukee County Zoo during its annual "Backyard Bumble Bee Count."

The rusty patched bumble bee was spotted and documented during the count, which ended on Aug. 1.

"This is a very exciting moment for all of us. Knowing that this species of bumble bee is at risk of extinction, it feels incredible to get this moment of hope," said Auriana Donaldson, conservation programs coordinator for the Zoological Society of Milwaukee.

The count encourages people to submit photos of any bumble bee species and submit them to wildlife officials. In this case, University of Wisconsin-Madison graduate student Emily Sneed led a group of volunteers, discovering the bee.

The photo was sent to U.S. Fish and Wildlife Services field biologists, who confirmed it was a rusty patched bumble bee, the zoo said. By documenting the location and confirming the species, officials track the bee's population and make conservation decisions.

The rusty patched bumble bee is protected under the U.S. Endangered Species Act, the zoo said. Once found across the northeastern United States, the species has declined by 87% in the past 20 years.