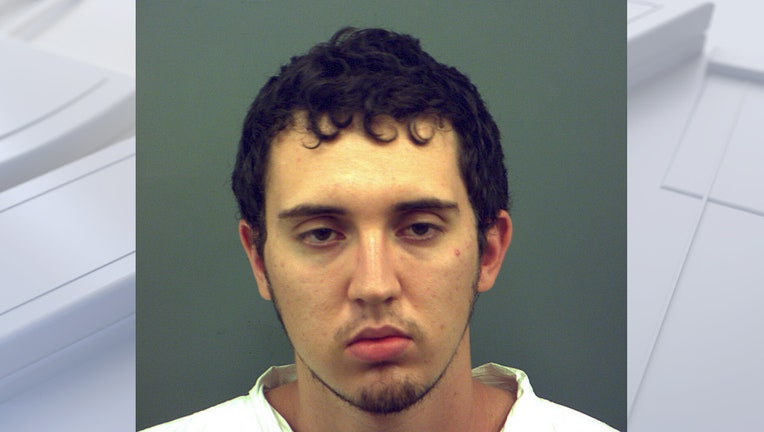 The federal government said Tuesday it would not be seeking the death penalty against a man accused of killing nearly two dozen people in a racist attack at an El Paso Walmart in 2019.

The U.S. Department of Justice disclosed the decision not to pursue capital punishment against Patrick Crusius in a one-sentence notice filed with the federal court in El Paso on Tuesday.

"The United States of America hereby notifies the Court and Defendant Patrick Wood Crusius that the Government will not seek the death penalty in the instant case," the filing read.

The funeral for Margie K. Rechard, a 63-year-old woman who was killed in the El Paso mass shooting, was relocated to a larger venue after the community showed support for her husband when he invited the public to attend.

Crusius, now 24, is accused of targeting Mexicans during the mass shooting that left dozens wounded and killed 23 people. The Dallas-area native is charged with federal hate crimes and firearms violations, as well as capital murder in state court, and has pleaded not guilty.

INDIANA UNIVERSITY STUDENT STABBED ON BUS BECAUSE SHE IS ASIAN: COURT DOCS

Federal prosecutors did not explain in their court filing why they won't seek the death penalty for Crusius, although he could still face potential execution if convicted in state court.

Fox News Digital has reached out to Cruisus’ lawyers for comment. His case is set for trial in federal court in January 2024.

Although the federal and state cases have progressed along parallel tracks, it is now unclear when Crusius might face trial on state charges.

The Associated Press contributed to this report. Read more of this story from FOX News.