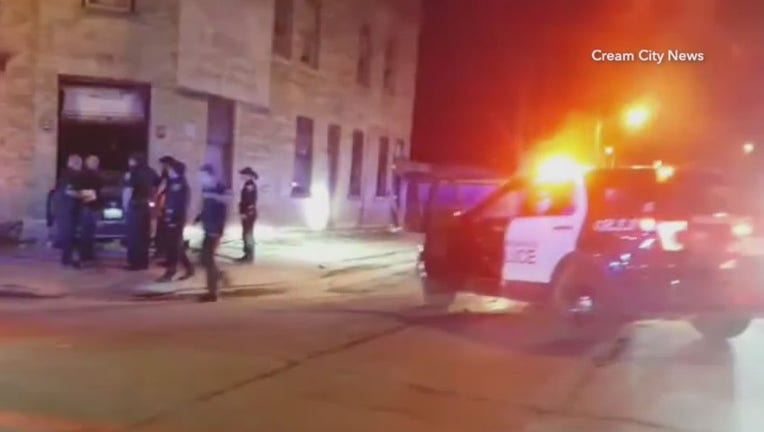 Police pursuit ends in crash near 11th and Concordia in Milwaukee

MILWAUKEE - One person was taken into custody Thursday morning, April 22 following a police pursuit and crash in Milwaukee.

According to police, officers observed a vehicle traveling at a high rate of speed near 27th and Townsend Street. The driver of the vehicle disregarded the flashing red traffic light and almost crashed into a dark-colored car that was traveling south on 27th Street.

Officers attempted to stop the vehicle by activating their emergency lights along with the siren. The sole occupant refused to stop and fled from police.

A vehicle pursuit was initiated and the pursuit lasted 3.13 miles. The pursuit ended when the driver lost control of the vehicle and struck a building in the area of  11th and Concordia.

The driver was arrested and transported to a local hospital with minor injuries. Police say it does not look like anyone was injured in the building.

As more and more Wisconsinites get vaccinated each day, coronavirus cases are still on the rise. There's a particular age group health experts are noticing this in.