A driver crashed their car into the side of an apartment building early Friday morning near Miller Park Way and Burnham Street in West Milwaukee.

WEST MILWAUKEE, Wis. - A driver crashed their car into the side of an apartment building early Friday morning, Sept. 9 near Miller Park Way and Burnham Street in West Milwaukee.

What started as an attempted traffic stop turned into a police chase in Milwaukee around 12:45 a.m.

Milwaukee police said the driver refused to pull over and officers stopped the chase when the car disappeared. It ended with a car in Tamia Holifield's living room.

"I'm just, like, all over the place right now," she said.

Tire tracks in the grass, shattered glass and bent metal show just how lucky the family was. The crash is still a lot to process for the mother and her 2-year-old daughter. 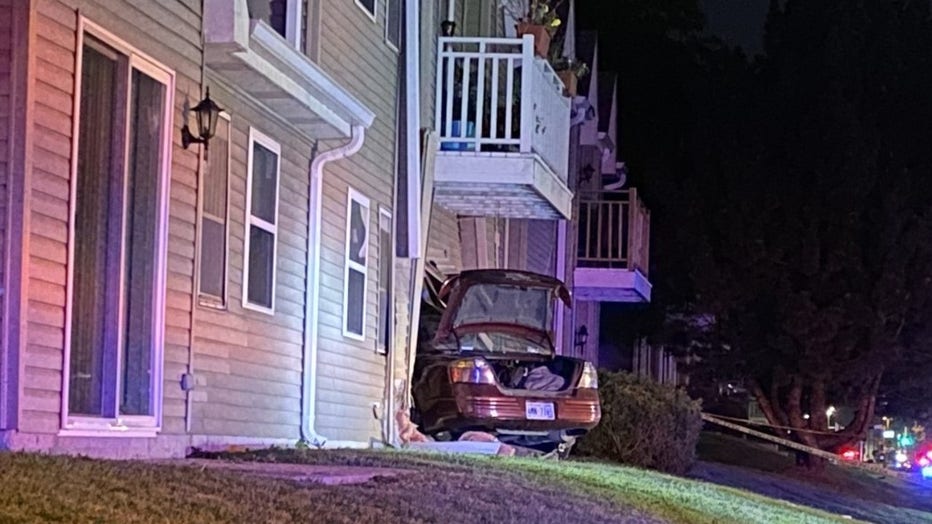 "When I woke up, it was a man running across my room – not my (bedroom) but my living room," said Holifield.

After that, Holifield said she grabbed her daughter and ran.

"I was watching him run past, but I’m thinking like: ‘I don’t know who this is, so let me grab my kid and go because I don’t even want to be in here,’" she explained.

Holifield and her daughter are OK, but the apartment is a different story.

"It all shattered, and I’m just like, oh, my God," Holifield said.

Holifield created a GoFundMe online fundraiser; she needs to find a new place to live along with some replacement household items. She just moved in a few months ago.

"I’m, kind of, sad because I just was starting to decorate and, you know, get to doing stuff – like, I didn’t really even get started yet," said Holifield.

"I’m happy that I wasn’t hurt for sure, because this stuff can be replaced."

For now, Holifield is staying with her mom as she starts the search for a new home. 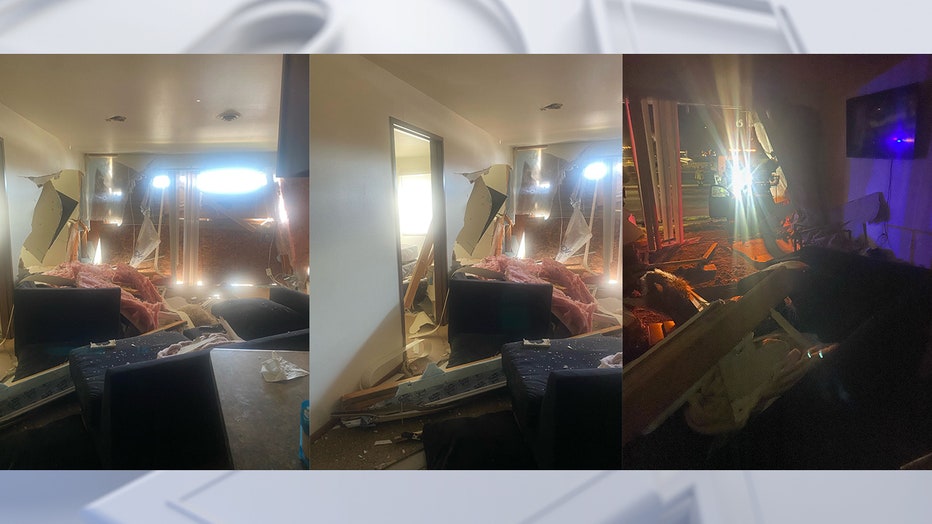 She laughs when she notices the part of the room that remained the same after the car crashed into the room.

"It’s hanging, it’s like on its last straw," she said.

Police are still looking for the driver. Officers said they found a gun in the car.