MILWAUKEE - Keeping your eyes on the road and your hands on the wheel is good advice for any driver out on the road. After a scary scene on I-43 in Milwaukee Monday morning, June 7, we're adding another tip: Keep your hood down.

A driver caught on camera went several miles with a limited and dangerous view of what was around her. She wasn’t just behind the wheel. She was also behind the hood.

"If you can’t see out your full view of the windshield, you shouldn’t be driving on the road," said Mike, who took the video and asked that FOX6 News not share his last name. "Obviously, we aren’t making the right choices because if something did happen or something you missed, you’re probably going to get yourself into an accident." 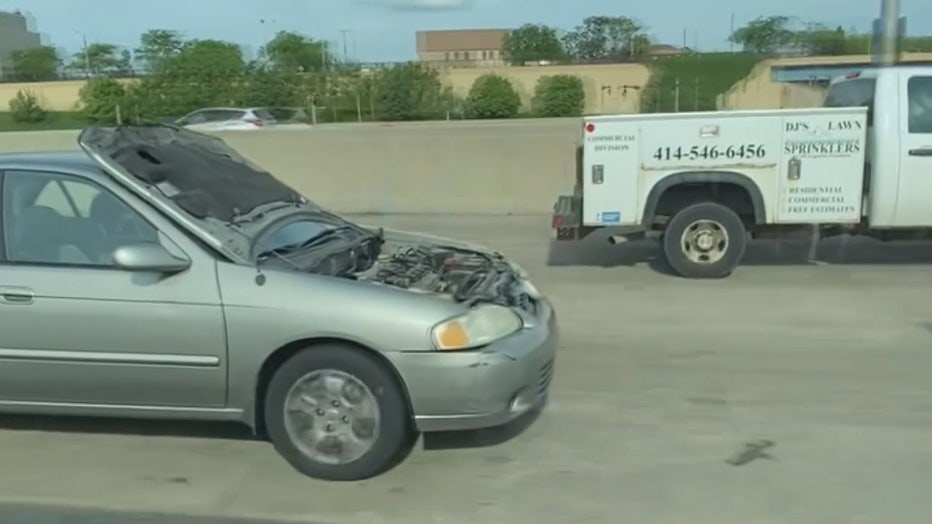 The woman was caught on camera driving down I-43 northbound at around 9 a.m. with her hood up, blocking her windshield. The video shows the driver crouched down, navigating the road through a narrow strip of visibility above her dashboard.  Making matters worse, she was also distracted by her phone.

"Kind of scary to see her switching lanes, and back and forth and on the phone at the same time," said Mike. 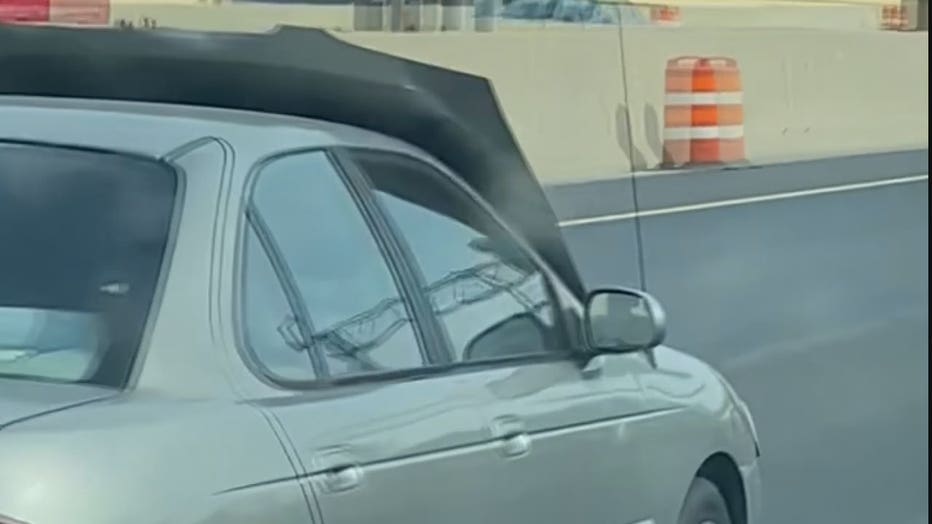 The driver went past the Winnebago Street overpass and made it roughly four miles before Mike said she exited onto Capitol.  Mike said he did not call 911 and said others passing her were also wide-eyed in disbelief.

"Who knows where she came from and where she was going," he said. 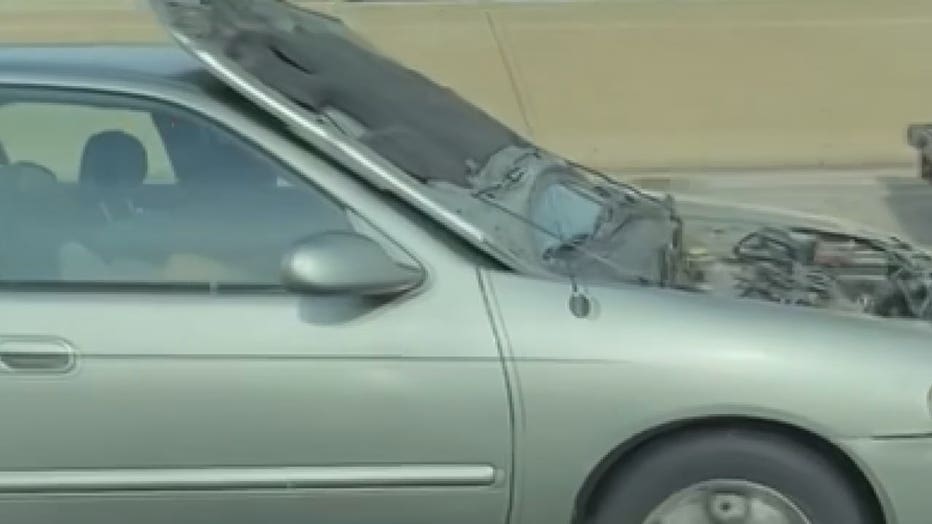 FOX6 News reached out to the Milwaukee County Sheriff’s Office. Officials with the Wisconsin Department of Transportation said they didn’t see anything on their cameras Monday morning.

The Milwaukee County Medical Examiner's Office says they are responding to the homicide of an adult male near 45th and Hope Avenue in Milwaukee.