Double homicide near 10th and Meinecke likely result of a robbery

Milwaukee Police are investigating a double shooting that occurred on Friday, July 23 near 10th and Meinecke.

MILWAUKEE - Milwaukee Police are investigating a double shooting that occurred on Friday, July 23 near 10th and Meinecke around 12:05 a.m. Two 19-year-old men died as a result of the shooting.

One woman living in the building describes it as an ambush.

Two 19-year-olds are dead and it’s believed the crimes stem from a robbery.

Chaos on the porch at this apartment building near 10th and Meinecke after an early morning double homicide.

FOX6 said: "The fact that they haven’t caught anybody…"

A woman staying in the building, who didn’t want to show her face, says it happened just after midnight.

"I don’t know if they had any beef or anything going on with somebody. I don’t know. They pulled up in the back and kind of like, um, rushed them or something and ran up onto the porch and got stuck at the door," she said.

The Milwaukee County medical examiner reports one of the men was shot three times – in the head, neck and chest. Both died at the scene.

FOX6 said: "You must feel pretty lucky – if this was a robbery like you say"

The neighbor says she doesn’t know either of the deceased but confirms at least one of them was living in the building.

"The people that live there, they were real cool. They didn’t ever do nothing. They were like college kids – we had no problem with them at all," she said.

Milwaukee police tell us they continue to search for unknown suspects in this case.

Another 19-year-old was arrested at that same location a few hours later on drug charges. Detectives are still trying to determine if there was a connection to the homicides. 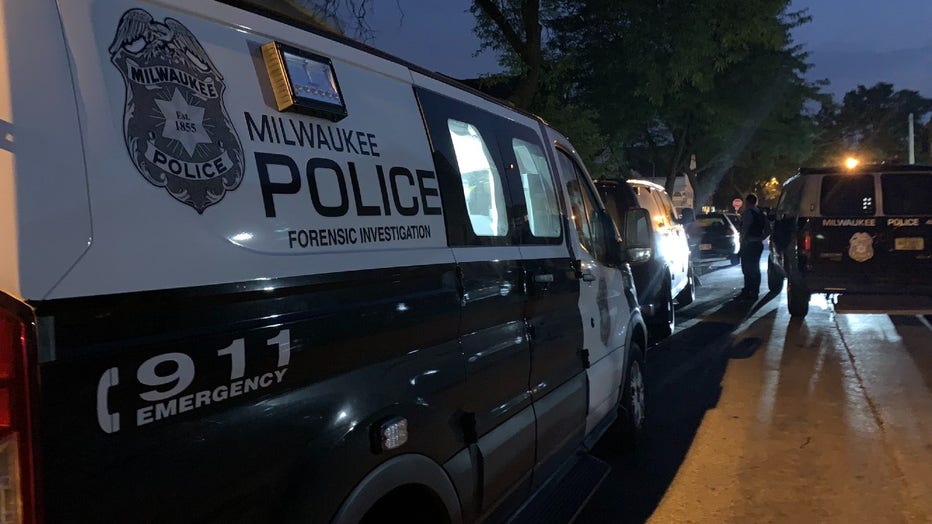 Milwaukee police are seeking unknown suspects at this time.

Anyone with any information is asked to contact the Milwaukee police at 414-935-7360 or Crime Stoppers at 414-224-TIPS or P3 Tips App to remain anonymous.

The first shooting happened around 10:15 p.m. near 39th and Lisbon. The victim, a 21-year-old man, presented at a local hospital and sustained non-life threatening injuries.  The circumstances leading up to the shooting are under investigation.  Milwaukee police are seeking an unknown suspect at this time

The second shooting happened around 2:17 a.m. near Van Buren and Knapp – outside Victor's bar. Police say the victim, a 48-year-old man, sustained non-life threatening injuries. The circumstances leading up to the shooting appear to be the result of an argument outside of the nightclub. Milwaukee police are seeking unknown suspects at this time.

The third shooting happened around 2:50 a.m. near 9th and Mitchell. The victim, a 44-year-old Milwaukee man, sustained non-life threatening injuries.  The circumstances leading up to the shooting are the result of an armed robbery.  Milwaukee Police are seeking an unknown suspect at this time.

Sheboygan police say a 31-year-old Sheboygan man was stabbed in the area of 17th and Niagara around 4:45 p.m. Thursday.