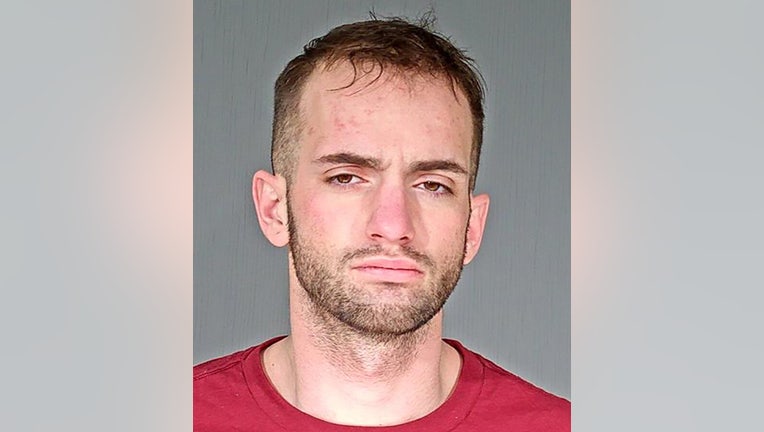 JUNEAU, Wis. - Tyler Anderson, 26, of Oshkosh was sentenced to six years in prison and ordered to pay more than $51,000 in restitution after he led law enforcement on a pursuit, struck a squad car and engaged in an hours-long standoff with authorities in January.

Anderson pleaded guilty to fleeing/eluding an officer causing property damage, possession of a firearm by a felon and felony bail jumping. As part of a plea agreement, seven additional charges were dismissed but read in.

Police body camera video from the Jan. 30 incident in Dodge County shed light on what unfolded.

A Juneau police officer pursued the SUV driven by Anderson in the middle of a snowstorm. Court filings state the SUV had a headlight out, and the vehicle owner’s license was suspended.

The officer, Sgt. Russell Ebert, said he was cresting a hill near Beaver Dam Hospital, trying to turn onto a side street -- but couldn't make it: "He was coming head-on with me at that time." Ebert's squad car was hit head-on. 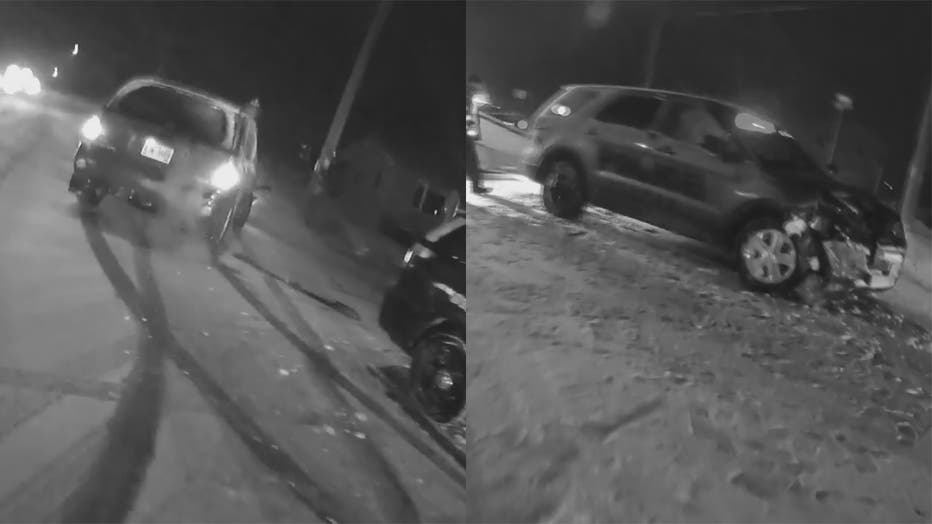 The five-year police veteran broke the window, trying to disable the SUV. The driver -- later identified as Anderson said: "I got a gun." Other officers arrived, and Ebert dropped back. Multiple commands were given for Anderson to show his hands.

The engine revved, and Anderson threw the SUV into reverse. It narrowly hit Ebert, sideswiped a squad car and fishtailed as it took off.

Court filings state the SUV, which didn't belong to Anderson, crashed. A female passenger got out, but Anderson and police engaged in a nearly eight-hour standoff that ended after gas rounds were fired into the car, forcing Anderson out.

A gun without a firing pin was found in the SUV's rear seat, along with drug paraphernalia.

A Milwaukee County judge sentenced Oshonti Cannady to 30 years in prison in connection with a triple shooting that left one dead at 85th and Grantosa in July 2019.