Advocates weren't sure that the verdict would be&nbsp;guilty before the jury delivered it, but they are now&nbsp;focused on equality and change.

MILWAUKEE - Community leaders across southeastern Wisconsin are weighing in on Tuesday's Derek Chauvin guilty verdict and what it means for the country and social justice movements.

The murder conviction of a police officer is rare. Advocates who spoke with FOX6 News Wednesday weren't sure that the verdict would be guilty before the jury delivered it, but they are now focused on equality and change.

"It’s not new, but what is new is this sort of outcome," Ellis said. "People are angry, people are sick."

Like many around the country, Ellis watched as the former Minneapolis Police Officer Derek Chauvin learned his fate, convicted in the killing of George Floyd.

"I was shocked that all three counts were guilty," Ellis said. "We still have a lot of work to do."

Still, Ellis and others say the verdict does not signify a turning point for the country.

"I think we should be optimistically cautious," said Fred Royal, first vice president of the Milwaukee NAACP. "I’m feeling like there is an opportunity to make some real impact on police accountability and reform.

"If communities are committed to creating a city-wide safety plan, there has to be collaboration both ways."

The Milwaukee Urban League is pushing for accountability, too. 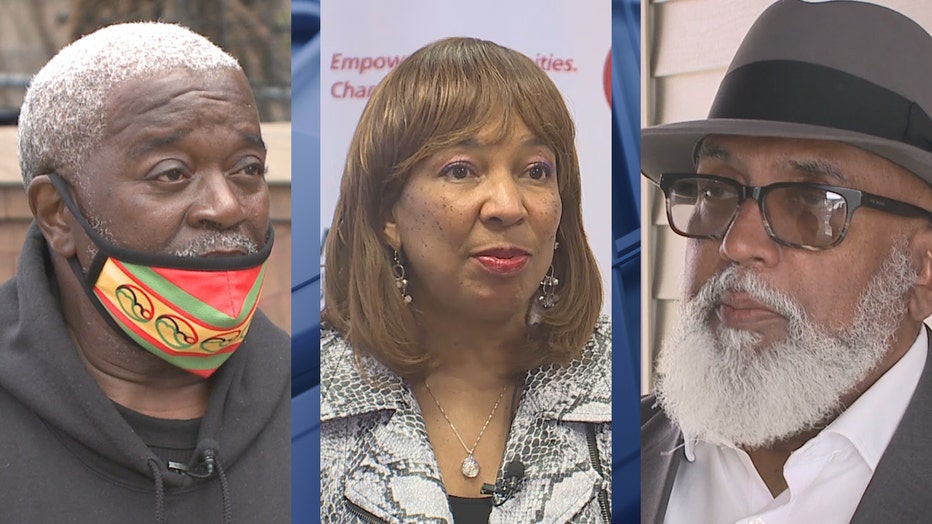 "The conversations need to continue, I think the next steps are to be very intentional around changing policy," said Dr. Eve Hall, president and CEO of Milwaukee Urban League."

Other advocated, like Ellis, said getting to the root of the issues will help the country move forward.

"We have to teach our young people that in spite of what is happening, don’t become a weed. You become a good flower and help the weeds turn around something good," Ellis said.

At the George Floyd mural in Milwaukee, near North and Holton, people have dropped off flowers and candles since the verdict announcement.

Tuesday, April 20 was a day of celebration for demonstrators in Milwaukee. Many have been marching for justice for more than 300 days. The group says while they are celebrating, there is still work to be done.

Reaction to the verdict in the Derek Chauvin trial is coming in from officials and community leaders throughout southeast Wisconsin.