Patients of a shuttered Milwaukee dental office are disputing their debt after receiving collection notices in the mail.

MILWAUKEE - Patients of a shuttered Milwaukee dental office are disputing their debt after receiving collection notices in the mail.

It’s been years since their last appointments at the practice.

Anthony Sutton says his visits to Dr. Molar Family Dentistry were mostly pain-free. However, Sutton’s pain arrived three years later in the form of two collection notices. One notice was for Sutton for $750 and the other for his wife, Dana Olivero-Sutton, for $550.

The Suttons aren’t the only ones to get notices.

Other former patients have emailed Contact 6 to say their notices came "out of nowhere." One man wrote, "all bills were paid up front in full and squared away." Another person described the notices as "a big scam." 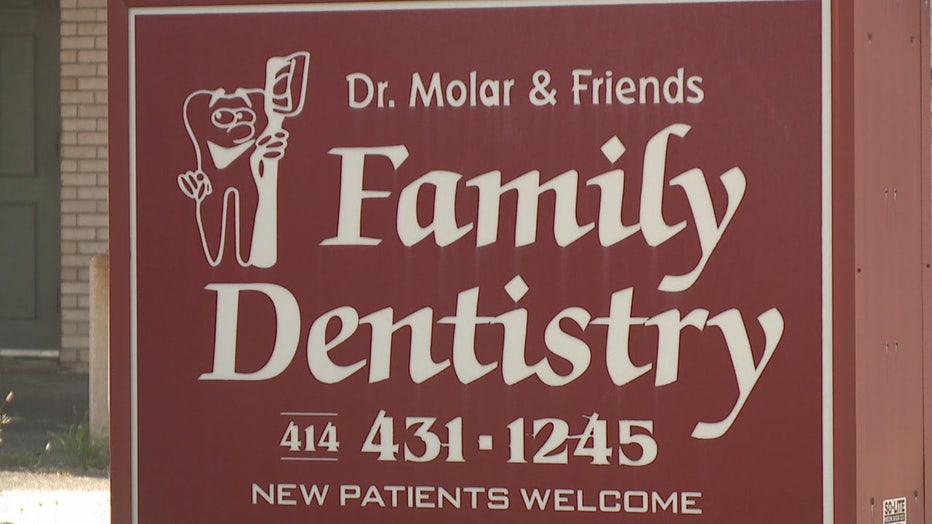 Sutton says an attorney advised him to settle with the collection agency.

Contact 6 visited two former locations for Dr. Molar dental practices but found vacant buildings. At Dr. Molar’s former location at 93rd and Bluemound, an oral surgeon’s office had moved into the space. Its staff said at least a dozen people had stopped into their dental office with complaints about collection notices they’d received from Dr. Molar Family Dentistry.

The Better Business Bureau (BBB) says the two complaints its received about Dr. Molar Family Dentistry are the only two it’s received in 15 years.

"It was not a problem prior to that," said Lisa Schiller, the BBB’s director of investigations. "All we know at this point is the phone numbers are disconnected and the company is not responding to complaints." 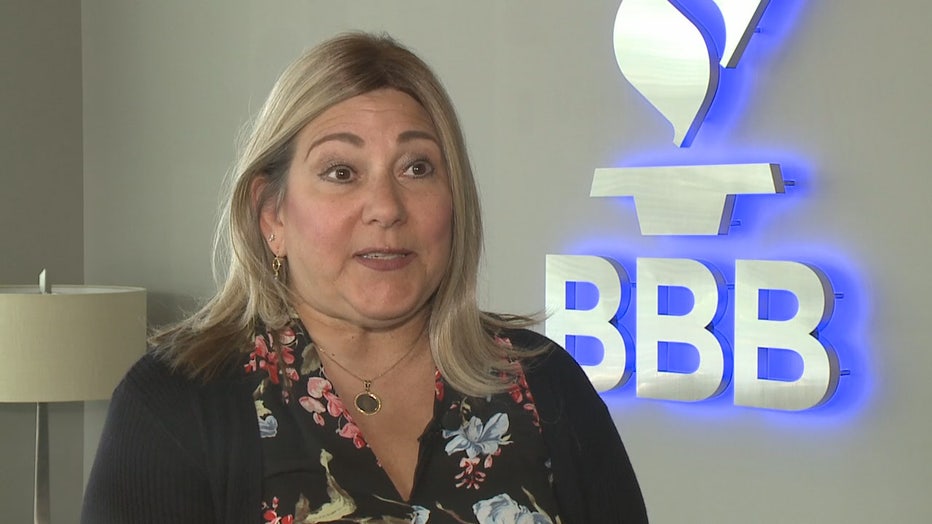 On Aug. 18, Wilson told us in an email, "unfortunately, I cannot comment on pending legal matters, but these are collections that are in the normal course of business for unpaid bills."

Consumer attorney Nathan DeLadurantey has filed a civil suit on behalf of another Dr. Molar patient, claiming the man’s debts were already paid or don’t exist.

"When they walked out they were told their account was settled. That they were squared away," said DeLadurantey. 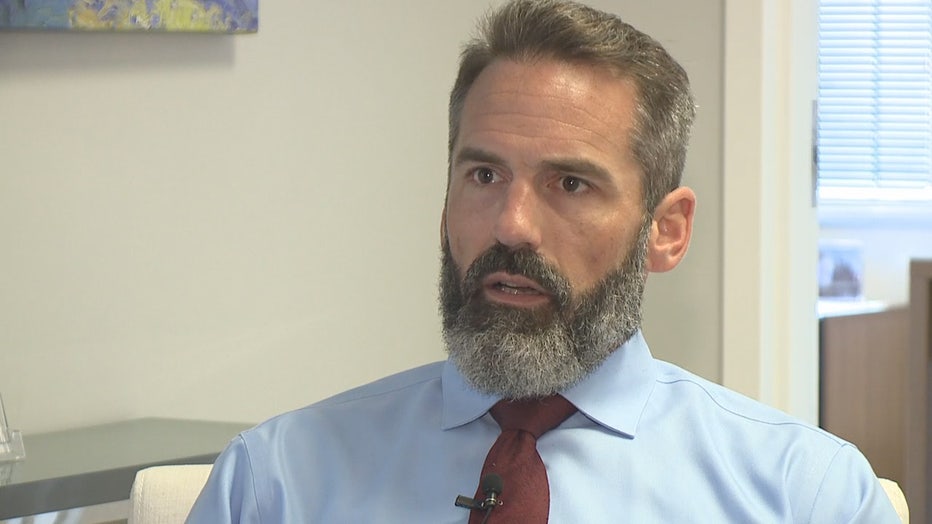 Contact 6 reached out to Dr. Molar Family Dentistry through its still-active Facebook page and spoke with a woman who identified herself as a former office manager, who remains an administrator for the page. She said the closures and collection notices were fallout from the departure of a dentist who was central to the practice. She described him as a "caring" employer who was kind and generous toward his patients.

The dentist had heart surgery in 2018 and became incapacitated. The owner of Custom Dental Solutions, Corrine Jameson-Kuehl, tells Contact 6 her business was hired by a Conservator to manage the practice while the dentist recovered. The dentist later died.

During that time, Jameson-Kuehl says it became known that there were other dental practice owners and that the dentist was "not the legal owner of the practice." 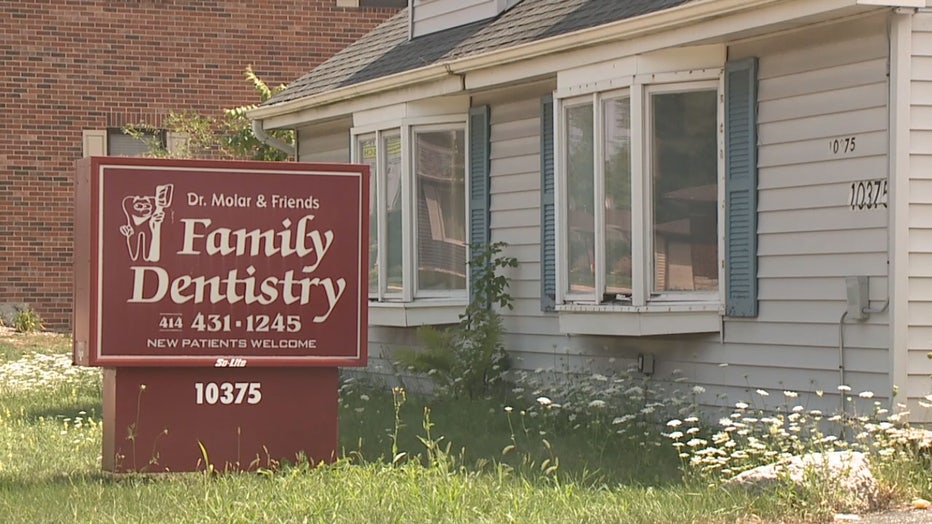 "The experience was incredibly traumatic from a business perspective and the toll it took with all the twists and turns of ownership, drama, truth, etc. was appalling," Jameson-Kuehl wrote to Contact 6 in an email.

"I feel badly for the patients who really loved their doctor and probably really miss him," wrote Jameson-Kuehl. 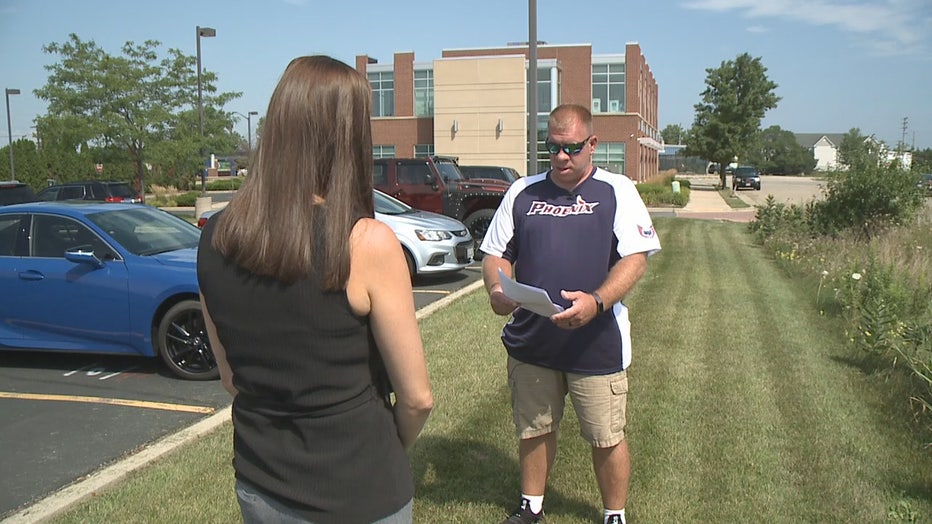 "We understand that it is worrisome when unexpected bills arrive, especially when they appear fraudulent," Delta Dental wrote in an email to Contact 6. "We feel for Mr. and Mrs. Sutton in this matter and as such, we are doing all we can to support them."

Among Delta Dental’s findings were two claims it says were not submitted to Delta Dental for payment by Dr. Molar Family Dentistry. The insurer sent the Suttons a check for the amount it would have covered in 2017 as a courtesy.

On Sept. 13, attorney Nancy Wilson wrote to the Bureau of Consumer Protection about the Suttons.

In her letter, Wilson said her client would be "writing off" Olivero-Sutton’s remaining $881.20, "not because they are wrong ... but rather to avoid having to spend more money on attorney fees".

Wilson wrote that Dr. Molars was "forced to discontinue providing dental services due to patients such as these patients who refuse to pay their bills".

"It's kind of insulting," said Sutton.

In her letter to the state, Wilson provided dates that the dental office sent billing statements to the Suttons. The Suttons deny receiving those bills.

Wilson’s letter also states that "the insured had exceeded their limit." However, Delta Dental tells Contact 6, "[the Suttons] did not exceed their annual maximum during the timeframe the dental practice is suggesting."

Wilson ended her letter by stating it was "unfortunate" the consumers were "able to abuse the process for their own interest".

"I just think they don’t want the light shined on what they’re trying to do," said Sutton.

Contact 6 sent Wilson a copy of Delta Dental’s audit of the Suttons’ billing history on September 22nd. Wilson questioned the audit but told us "the custodian of record will re-contact Delta" and the issue "will be worked on in the next few days".

David Turiciano, attorney for Central Collection Corp, told Contact 6 the company will put "no effort into collecting any invalid debt. Central Collections will only ever move forward with debt that can be collected at trial."

If you get a collection notice and don’t recognize the debt: send a letter disputing the debt within 30 days. Send the letter by certified mail and request a return receipt.

Once the collection company has your letter, it must send you written verification of the debt, such as a copy of the original bill. In Wisconsin, debt collectors have up to six years to collect a debt after the obligation to pay arises.

Police say they have arrested a 20-year-old Milwaukee man for his alleged role in a fatal hit-and-run crash that happened near Fond du Lac and Locust early on Tuesday, Sept. 21.

Officials with the Wisconsin Department of Health Services on Wednesday, Sept. 22 discussed the latest developments related to the COVID-19 pandemic.