Despite the rain, there was a big turnout from people wanting beer for shots.

People brought friends and family who have not yet received the vaccine to the brewery near Locust and Bremen.

"It’s been long enough that I haven’t got it so, time to get it," said Eagle resident Alex Moss.

The incentive of free beer for getting the shot gave Moss some liquid courage.

"I’m not a needle person at all. I’m deathly afraid of needles," said Moss. "Being at a brewery and getting a little courage ahead of time is probably a good way to approach it for me." 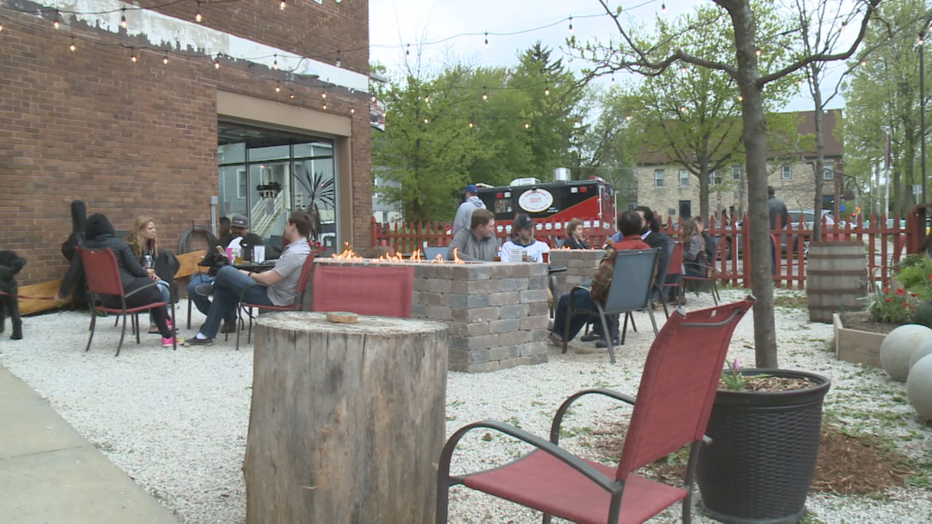 The idea for the weekend offer was brewed up by the Black Husky owners.

"This is something we do in Wisconsin, we motivate people, we incentivize people, with free beer all the time," co-owner Tim Eichinger said. "But I really think what it does is that it makes things seem more accessible."

Dozens of people lined up – including some in the age 12 and up group that is now eligible for the Pfizer vaccine, even if they couldn't have a beer themselves. Eichinger said half of those who attended the pop-up clinic Saturday were under the age of 18.

"You get here and you see other people having fun and doing it in a safe way, and I think that’s what’s been successful about this," Eichinger said. "Today we are doing the Johnson & Johnson which is a one and done, and also the Pfizer."

Those who got in line found a few gulps of beer were enough to help nudge them to roll up their sleeves.

"Free Beer. My friend here said that this was going on. And it’s more that it was an option to do it in a little more comfortably than going to a pharmacy or something like that."

"The more and more people can get vaccinated, the fewer people will have to worry."

The promotion continues Sunday, May 16 from noon to 6 p.m.

The Milwaukee Brewers took an important step toward normal Saturday night, May 15 – the first game with up to 50% capacity permitted.

Doctors who spoke to FOX6 News on Friday, May 11, said wearing a mask remains the right move for kids who can't yet get the shot.