MILWAUKEE - First, the pandemic. Now, a staffing crisis. The Milwaukee County court system is buried in a backlog of hearings and trials. Judges say a shortage of bailiffs is only making it worse.

After two years of delays, a jury finally heard about Charles Kendrick's habit of pointing guns at the women who loved him. In fall 2019, he did more than point a gun at the mother of his child. He fired a bullet into her head at point-blank range, and he did so with a house full of children, many still awake.  The mother of one of his other children was standing in the same room when it happened. 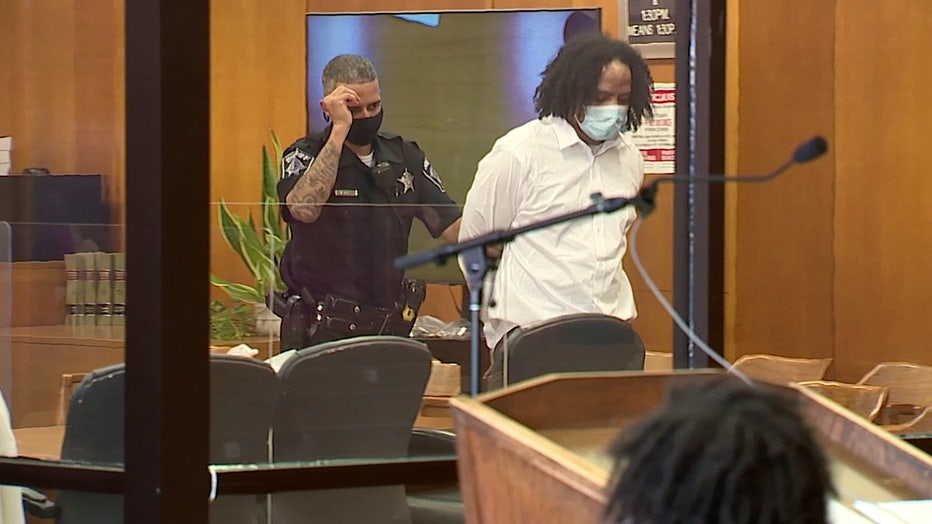 "What did you see when the gun went off?" asked Michael Lonski, the prosecuting attorney.

"Fire," the woman said softly from the witness stand. "And smoke."

"Unfortunately, yes," said Milwaukee County Judge David Borowski, who is one of more than 40 judges in the county trying to catch up. "Thousands of cases that are backlogged."

Over the past 15 months, the Milwaukee County Courthouse has gradually reopened for in-person hearings, but it's not been nearly enough capacity to keep up with the waves of escalating gun violence in the city.

"It impacts the defendant, the victim, the victim’s family," Borowski said.

But the delta variant of COVID-19 is not the only thing delaying plans for a full courthouse reopening.

There's a new crisis. A shortage of court reporters, attorneys and bailiffs. 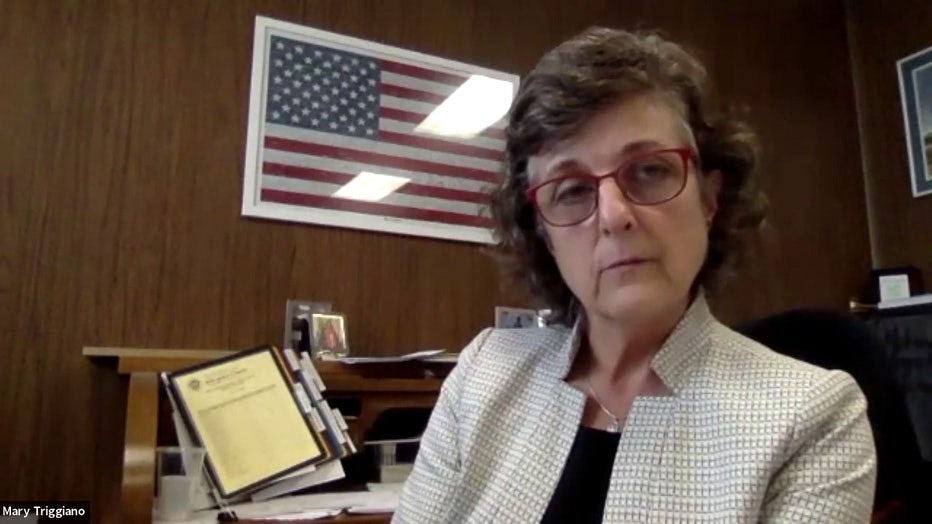 For the past few months, she's been meeting with prosecutors, public defenders and Milwaukee County Sheriff Earnell Lucas to address the problem.

"I think it's a continuous challenge that we face in our office," said Kent Lovern, deputy district attorney.

"We are doing everything we can to kind of bring more lawyers into the work," said Tom Reed, regional attorney manager for the State Public Defender's Office.

"It does pose some challenges for us," said Sheriff Lucas.

Before the pandemic, Judge Triggiano says 84 bailiffs were assigned to secure 47 judicial branches.

By mid-summer, there were fewer than 60 courthouse deputies available.

"They don’t have enough deputies to staff the courts on a daily basis," said Judge Borowski.

Internal emails obtained by FOX6 News show the county's judges are increasingly concerned as they deal with "unruly family members," inexperienced bailiffs who seem distracted and "undertrained" and a shortage of deputies available to transport defendants from the jail to the courthouse.

"It does hamper our ability to really efficiently tackle the backlog," Triggiano said.

But their greatest fear is something Judge Borowski has witnessed in his own courtroom: A sudden, violent outburst.

State Supreme Court rules call for a minimum of two deputies in every courtroom, but courtroom outbursts recorded by FOX6 News show it can take three or more court security officers to control a single disruptive defendant. 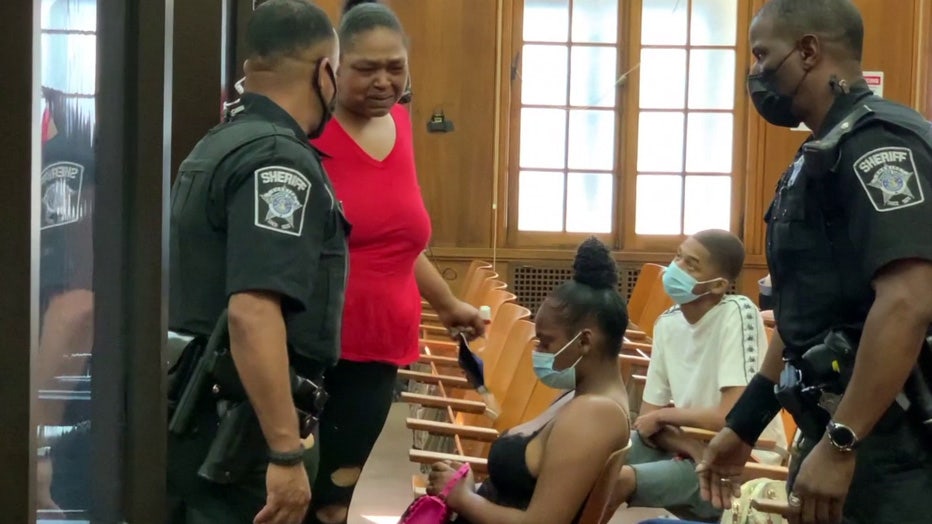 "That often leads immediately to a reaction in the gallery," Borowski said.

Sometimes, that drama in the gallery spills into the hallways or all the way out into the street, and that's why Borowski says two bailiffs is not enough for high-tension cases.

"In some situations, you may need five or six, or even more than that," he said.

Deputy Chief Judge Carl Ashley said when they have reason to believe a certain case warrants added security, they ask for it.

"If we ask the sheriff for additional deputies, we get them," Ashley said. "That collaboration is there." 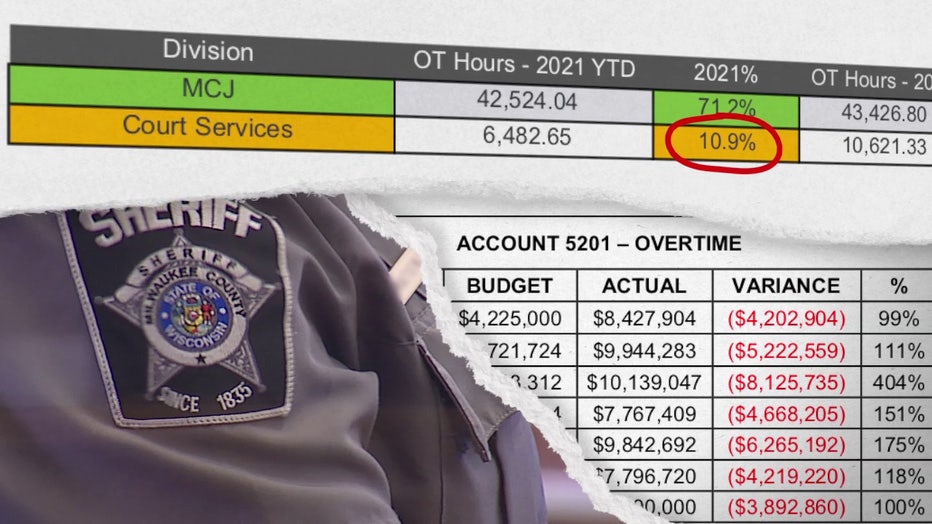 But that kind of security comes at a price.

"Undoubtedly, requiring those deputies to work overtime in our court places demands on our overtime," Sheriff Lucas said.

Most of that overtime (more than 70%) is spent at the county jail, but the courthouse is the second biggest culprit (11%). And that's where Milwaukee County Supervisor Shawn Rolland sees an opportunity.

"There's no physical danger that can happen in a virtual Zoom courtroom," Rolland said.

Earlier this year, Rolland asked Judge Triggiano if it would be possible to hold criminals trials over Zoom. And last month, he told FOX6 News he believes the sheriff could redeploy as many as 40 bailiffs from court security to other roles in the jail or on street patrol.

With a typical deputy receiving roughly $100,000 in salary and fringe benefits (in his estimation), he says that would save nearly $4 million per year – enough to offset the overtime expenses.

"Will court bailiffs be the next blockbuster video? I'm not sure about that," he said.

Rolland's plan would not eliminate all court bailiffs, but it would cut the courthouse security staff to nearly half of its pre-COVID level.

"I think that’s preposterous," said Borowski, who is not shy about showing his frustration with virtual technology while he's on the bench.

"I have no indication whatsoever that the defendant is paying attention," he said during a recent hearing that involved some technical difficulties. "Just another example what a tragic disaster Zoom is most of the time."

"So you can do things like read body language, really listen to the defendant, see how much remorse a defendant might have at sentencing," he said.

Chief Judge Triggiano says she is open to keeping virtual courts around after the pandemic.

"We will take a look at whether we can do Zoom hearings, video hearings in certain courtrooms," she said.

However, in an email to FOX6 News, Judge Triggiano said she will not agree to any criminal court going permanently, full-time virtual.

"The more we can do in person, the better," Borowski said.

And that means someone will still have to be there to ensure there is order in the court.

County Executive David Crowley's proposed budget for next year includes 91 court bailiffs. That's the same number the county budgeted for last year. There is an indication the sheriff may reassign eight additional deputies from securing the county grounds to securing the courts.

Sheriff Lucas will make his budget pitch to county supervisors on Tuesday, Oct. 12.

A woman was shot and killed in a triple shooting in Milwaukee's Sherman Park neighborhood Saturday. It happened near 36th and Chambers.