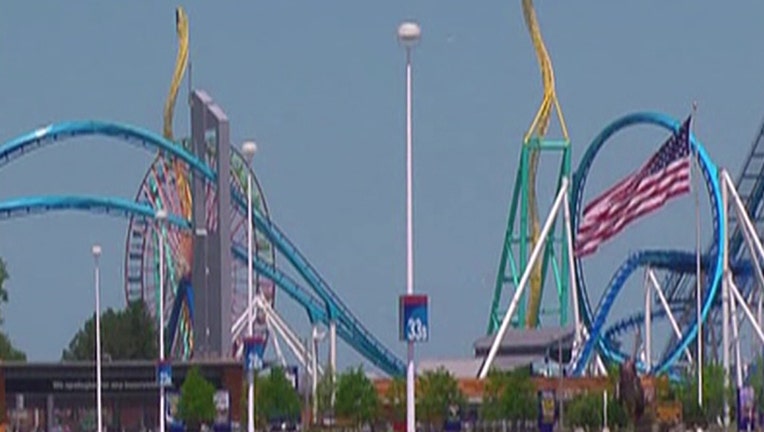 Rides at Cedar Point, including the Giant Wheel ride, are pictured in a file image taken at the amusement park in in Sandusky, Ohio.

SANDUSKY, Ohio - A couple is charged with public indecency for having sex at an Ohio amusement park, according to police.

Authorities at Cedar Point Amusement Park said a man and a woman, both 32 years old, were observed having sexual intercourse on the Giant Wheel ride. The act was witnessed by a group of four women, including two juveniles, according to a police report obtained by FOX Television Stations.

An officer with the Sandusky Police Department said the couple originally denied having sex on the ride. The suspected woman said she had shorts on under her dress and dropped her cigarette pack out of them. That’s when she bent over to pick them up and her partner helped her.

But witnesses maintained the couple was having sex inside the ride’s cart above them and said they saw the couple naked.

Riders also said the couple’s cart was shaking and they could see "both the male and female moving back and forth."

"The group said that the couple knew that they were watching and started laughing and continued their behavior," the police report stated.

Officers said the couple then admitted to having sex. They were both transported to jail.

FOX Television Stations reached out to Cedar Point for comment.