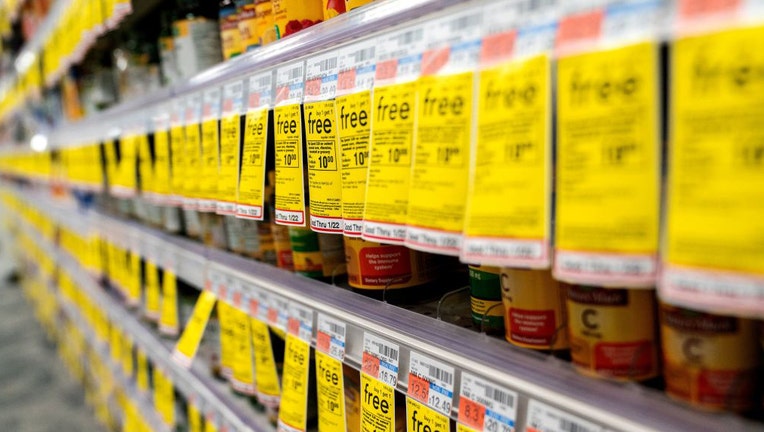 Sale stickers on a store shelf. A seven percent increase in the consumer price index (CPI) over the 12 months to December was the highest since 1982. (STEFANI REYNOLDS/AFP via Getty Images)

WASHINGTON - The Consumer Price Index (CPI) measures the change in prices paid by consumers for goods and services and is often used as a way to gauge inflation.

The Bureau of Labor Statistics (BLS) releases a report each month, evaluating the spending trends by urban consumers using the CPI. Data for the report factors in urban consumer expenses, which include food, gas, and household furnishings.

Here’s what you need to know about the CPI and how it’s used by the Bureau of Labor Statistics.

What is the consumer price index?

The Consumer Price Index (CPI) measures the change in prices paid by consumers for goods and services. According to the BLS, the CPI reflects spending patterns for the following population groups: urban consumers and urban wage earners and clerical workers.

According to the BLS, urban consumers include professionals, people who are self-employed, unemployed individuals, and retired people.

The CPI does not factor in the spending habits of people who reside in rural communities, individuals in the armed forces, and farming families.

What is the CPI based on?

The CPI is based on the prices of food, clothing, shelter, gas, transportation, doctors’ and dentists services and other goods and goods and services that urban consumers purchase daily.

How is the data collected?

According to the BLS, agency representatives collect prices monthly in 75 urban areas nationwide from approximately 6,000 homes and 22,000 retail businesses including supermarkets, department stores, and hospitals. Taxes related to the purchase of good by urban consumers is also included in the CPI.

Moreover, the data collected by the BLS for the consumer price index was impacted by temporary closings and limited operations at some U.S. businesses due to the pandemic.

CPI data for January 2022 is scheduled to be released on Thursday, Feb. 10.