Community group faces questioning while helping at the polls

Community groups are providing assistance for those who may be waiting in line on Election Day. But not everyone is happy to see them.

MILWAUKEE - At polling stations all across Milwaukee on Tuesday, Nov. 3, you can find members of various community groups -- staff and volunteers who are encouraging people to vote and providing assistance for those who may be waiting in line. But not everyone is happy to see them.

It is clear that on Election Day, tensions are high.

"We’ve been prepared for anything. We made sure that we studied Wisconsin Election law, we made sure that all of our volunteers are well trained and ready to go," said Jennifer Epps-Addison, BLOC volunteer.

When police were called on a group of people affiliated with the organization "Black Leaders Organizing for Communities" or BLOC for short, they said it was no surprise.

"While people may try to intimidate us, or try to stop us from making sure that people can vote, we’re not worried about it – we’re prepared for it. And you shouldn’t be worried either," Epps-Addison said. 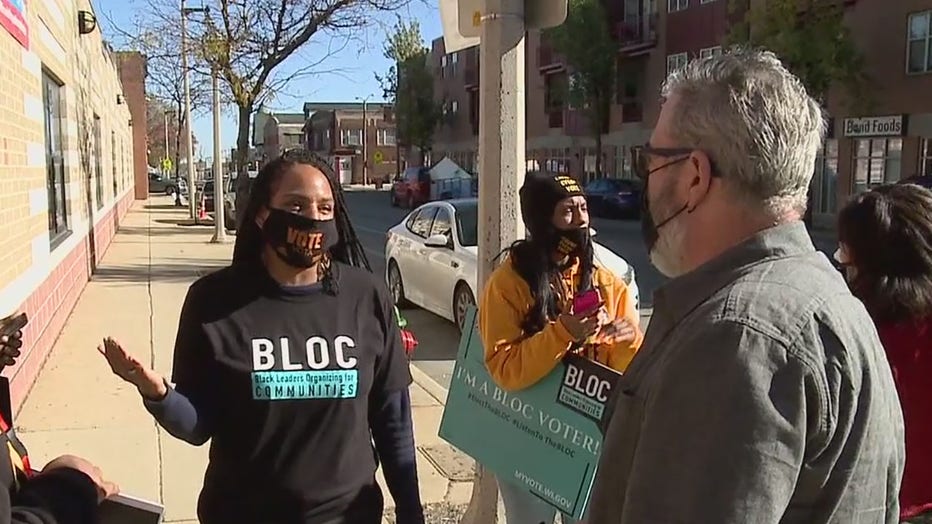 The organization "Black Leaders Organizing for Communities" or BLOC for short, provides voter assistance in Milwaukee.

Officials with the Milwaukee County District Attorney's Office were on site claiming they got a few calls of people reporting electioneering at this poll.

"We actually got an unrelated call earlier in the morning, at this same polling location, and it was again for electioneering…the citizen had reported that someone was basically encouraging them to vote for a certain party within 100 feet of the polls," said Anthony Moore, from the district attorney's office.

But for the volunteers or ambassadors, the only message they say they are pushing is to vote, and be well while you wait.

"We cannot let anybody deter us," Epps-Addison said. 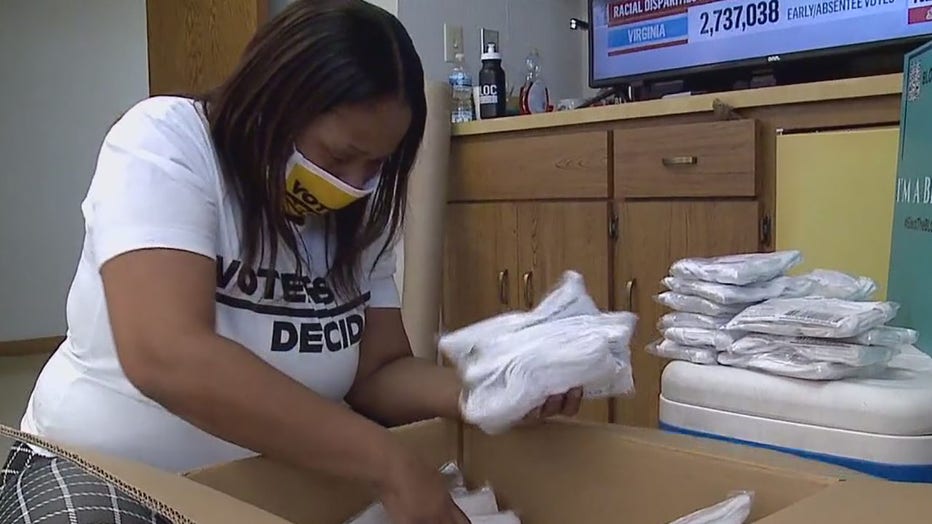 The organization "Black Leaders Organizing for Communities" or BLOC for short, provides voter assistance in Milwaukee.

"We are making sure that folks have enough PPE, supplies, we bought several hundred dollars of water, and snacks," said Amelia Lanh, Executive Director for BLOC. "We want to make sure that folks standing in line are supported."

Things being handed out at the polling sites included masks, clothes, snacks, water, and even a chair for those who may not be able to stand in line.

"We want to help everybody. So no matter who you voted for we want to make sure that people are supported," Lang said.

While this group may have endorsed the Biden-Harris ticket, members stress how their work at the polls is unrelated. They say it is just about everyone getting out and voting.

We are told once the district attorney's investigators learned more about what BLOC was doing, they eventually left the site and wished them well.

After shattering early voting records, Wisconsin voters are getting a final chance Tuesday to cast ballots in schools, libraries, churches and community buildings.

Election Day 2020 is finally here. This episode of Open Record explains the important role Wisconsin plays in today's election and why it'll be a long night for elections clerks in the state.