In October, Morales' attorney Frank Gimbel filed a legal brief arguing that his client was denied due process when the Milwaukee Fire and Police Commission stripped him of his duties as chief. 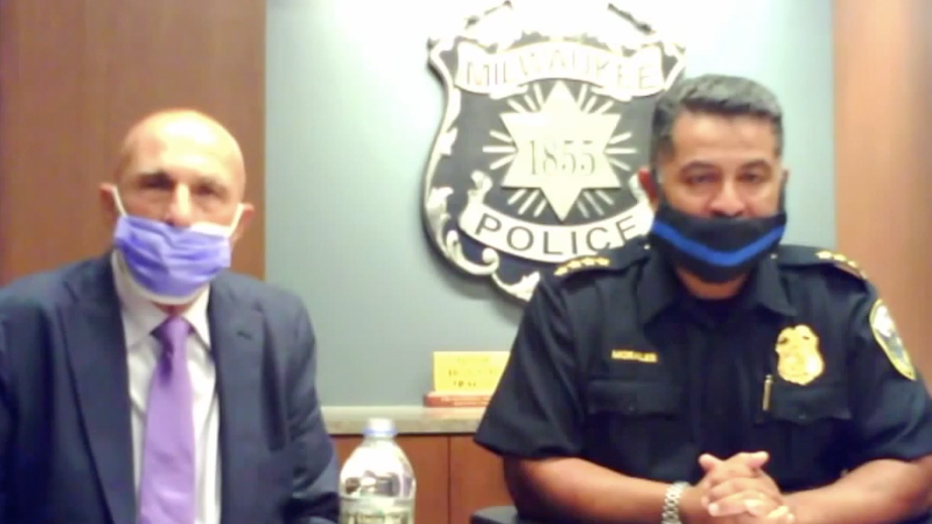 "The city attorney, on behalf of the FPC, said that it was conceding -- agreeing that the FPC did not provide Chief Morales with the rights he was entitled to," said Frank Gimbel, attorney for Alfonso Morales. 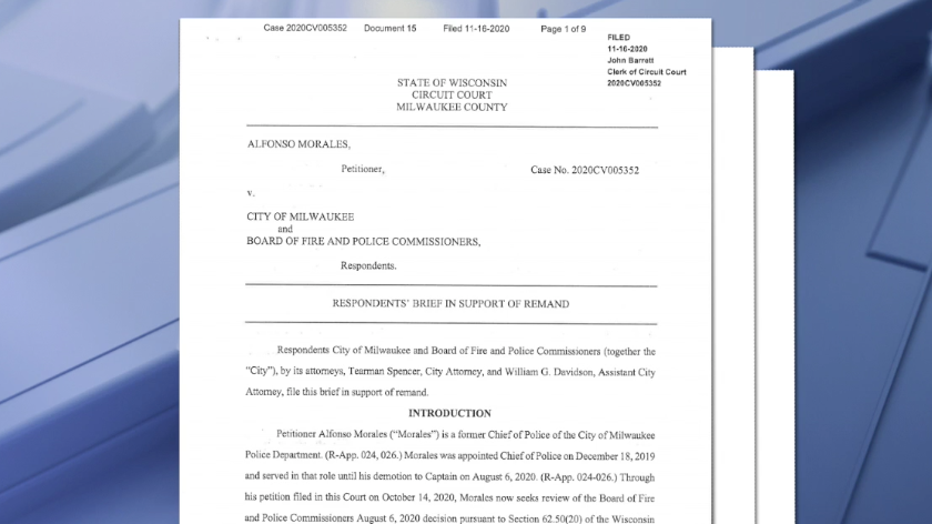 On Aug. 6, 2020 during an FPC meeting, the Board of Commissioners demoted Morales to the rank of captain. Gimbel said the decision came without "any charges, hearing any evidence or conducting a hearing that met due process standard." He said Morales was never given an opportunity to respond and is arguing the board did not conduct a fair hearing.

"The chief and my office are very pleased with the honorability of the city attorney," Gimbel said. 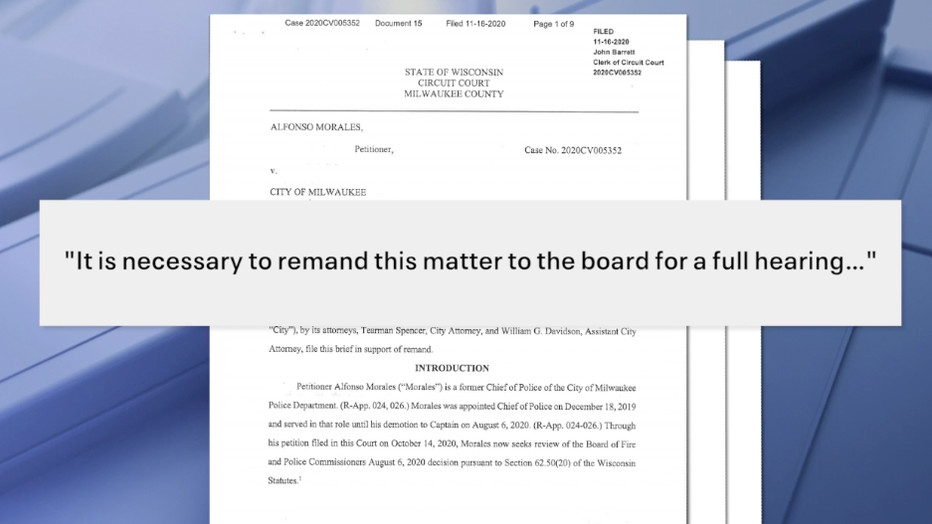 "It is necessary to remand this matter to the board for a full hearing," Spencer said. One that is "...consistent with basic concepts of due process and fair play."

"We are searching for what we think would be the best outcome in this case," Gimbel said. 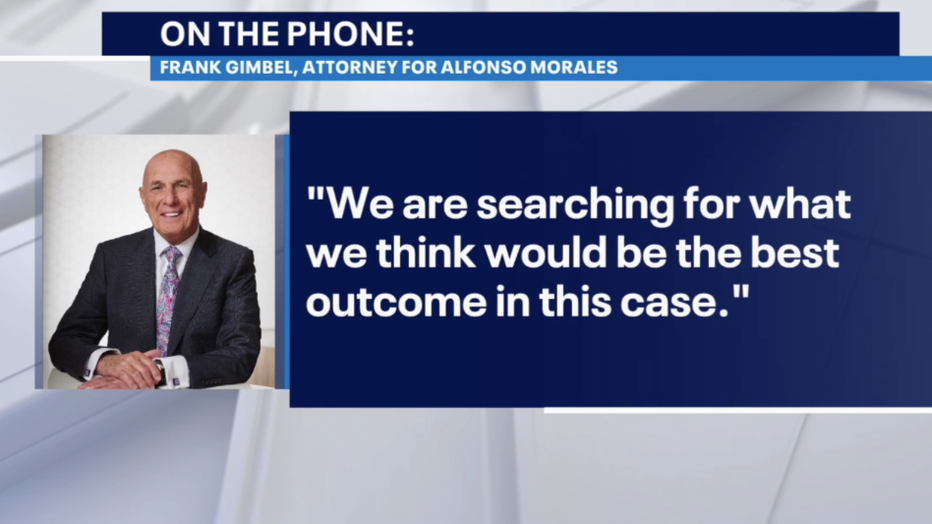 Gimbel tells FOX6 News he does not believe the FPC should be further involved and instead is looking to the court.

"I don't think what they're proposing as a remedy for the FPC's dysfunctional failure to abide by the due process rights of my client is something that can be swept aside with a new hearing," Gimbel said.

Gimbel has until the first week in December to file a response to the city attorney's brief.

"I’m assuming that the case will be decided by the court in early 2021, if not sooner," he said.

This is part of a larger lawsuit against the city, where Morales is seeking more than $600,000 in damages for breach of contract, denial of due process and harm to his reputation.

FOX6 News requested, but did not receive, comment from MPD, the FPC, or Mayor Barrett's office in response to the brief filed Monday by Spencer.

Meantime, the FPC is still looking for a new chief.

The driver was stopped in Menomonee Falls, where deputies learned he had a revoked license and was supposed to have an ignition interlock device on his vehicle.