A man who told police he's a concealed carry permit holder faces charges after prosecutors say he shot a 13-year-old girl who stole his car at a Kenosha gas station near 50th Street and Sheridan Road on Friday, July 16.

KENOSHA, Wis. - A man who told police he's a concealed carry permit holder faces charges after prosecutors say he shot a 13-year-old girl who stole his car at a Kenosha gas station near 50th Street and Sheridan Road on Friday, July 16.

Rodney Robinson Jr., 26, is charged with one count of first-degree reckless injury, use of a dangerous weapon and one count of endangering safety by reckless use of a firearm. Online court and jail records show Robinson remains jailed on a $35,000 cash bond.

A criminal complaint says Robinson admitted to leaving his keys in the vehicle as he entered the gas station around 5:30 p.m. Soon, he saw two females "lingering around the parking lot." He told investigators one of those girls jumped into his car and took off. He said he then chased after the vehicle and yelled for them to stop before drawing his Glock pistol from its holster and firing what he believed to be three rounds. Prosecutors say six fired casings were found at the scene. Robinson said he was "trying to shoot out the back tire" to get the vehicle to stop. He said once he realized he was shooting into the vehicle, he stopped and went to check on the female. He said he initially didn't think he hit her but then saw blood coming from her mouth. He said he then "waited and tried to help her." 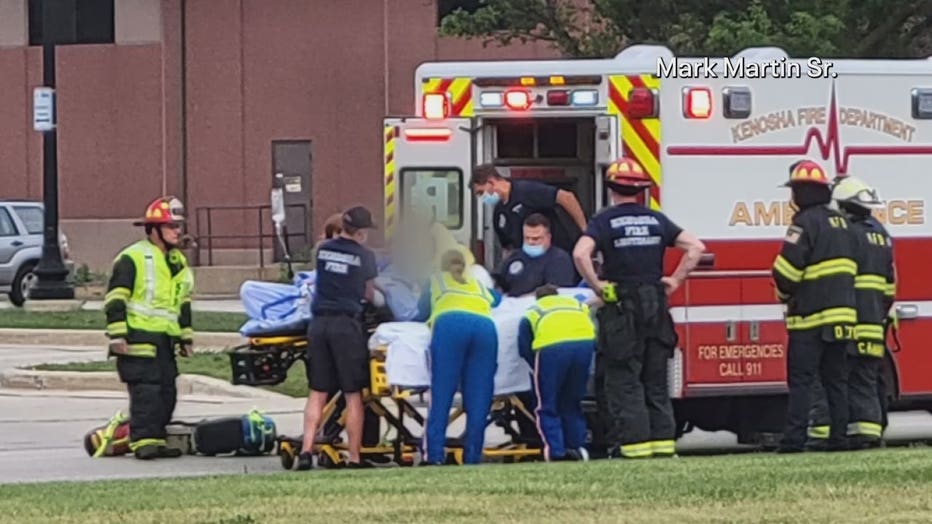 A friend of the 13-year-old girl shot in this incident said she tried to tell her friend not to after noticing the girl got into the driver's seat of the running and unoccupied vehicle in the gas station lot, the complaint says.

After the shooting, the vehicle crashed into a fence. According to the friend, the girl indicated she had taken the car "for a joke or for fun."

The car theft and shooting were captured by surveillance cameras at the gas station. 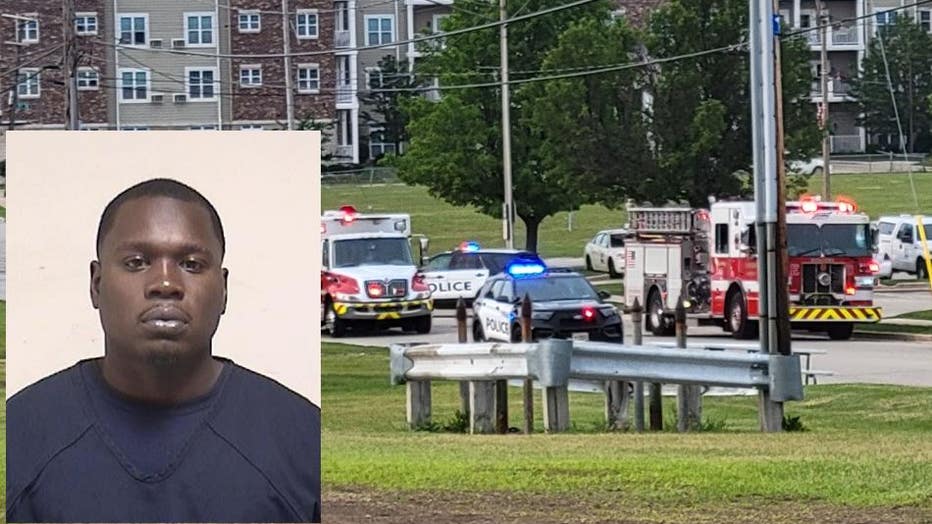 According to prosecutors, Robinson told investigators he "thought he was within his rights to defend his property," adding he was told in CCW training "he could shoot to defend property." He said he didn't want to hurt anyone and was just shooting at the vehicle. When informed by investigators that his actions were unlawful, prosecutors say he "hung his head and admitted wrong."

The 13-year-old girl was initially taken to the hospital by Flight for Life in critical condition, but her condition later improved, the complaint notes. Prosecutors say the single gunshot wound to her back came within centimeters of her spine but her injuries are not life-threatening and there is no threat of paralysis.

Charges against the 13-year-old will be referred to juvenile court.

A girl was shot during a car theft at a gas station in Kenosha Friday, July 16 around 5:30 p.m.