The death of a Marquette administrator leads to criminal charges against a used car salesman with a suspended driver's license. Now, a FOX6 investigation finds the car lot that hired him employs at least a dozen others who are not allowed to drive the cars they sell.

MILWAUKEE - The death of a Marquette administrator leads to criminal charges against a used car salesman with a suspended driver's license. Now, a FOX6 investigation finds the car lot that hired him employs at least a dozen others who are not allowed to drive the cars they sell. Still, many of them drive anyway -- and state transportation officials say there is nothing they can do about it.

Life is full of intersections, like the one that brought Joe Daniels’ son and daughter-in-law to the altar in 2017.

"They lived a half a mile from each other," Daniels said in a rehearsal dinner toast. "That special intersection that led to this wedding today." 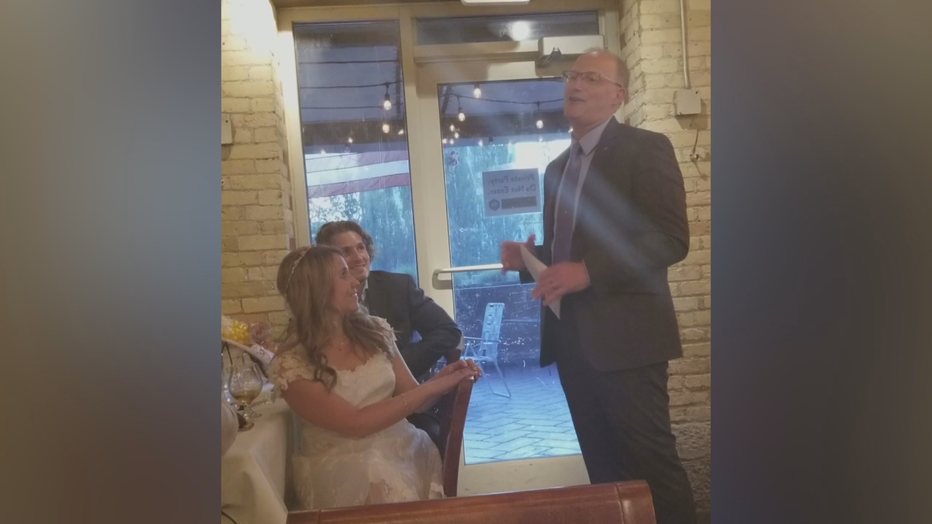 More than 40 years before that, Joe's life intersected with Lora, his future wife, in a small Indiana town.

"I was drawn to him," Lora Daniels said.

In 1990, Joe's career crossed paths with administrators at Marquette University, who lured him to Milwaukee to teach.

"He loved the classroom," Lora Daniels said. "He loved working with the kids." 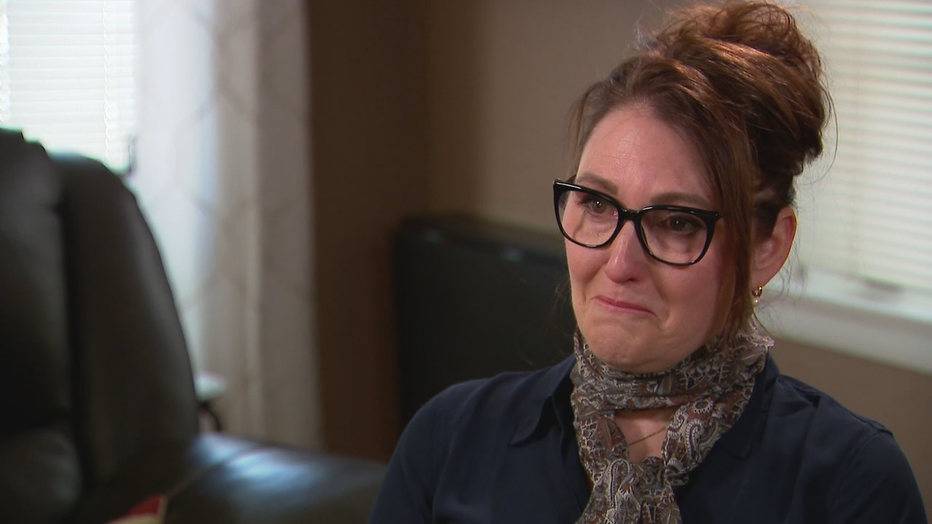 The Daniels raised three children in Wisconsin and, along the way, Joe beat stage four cancer, bought a lake house in Muskego, and had just been named Dean of Marquette's College of Business Administration.

"He was loving life to the fullest," Lora Daniels said. 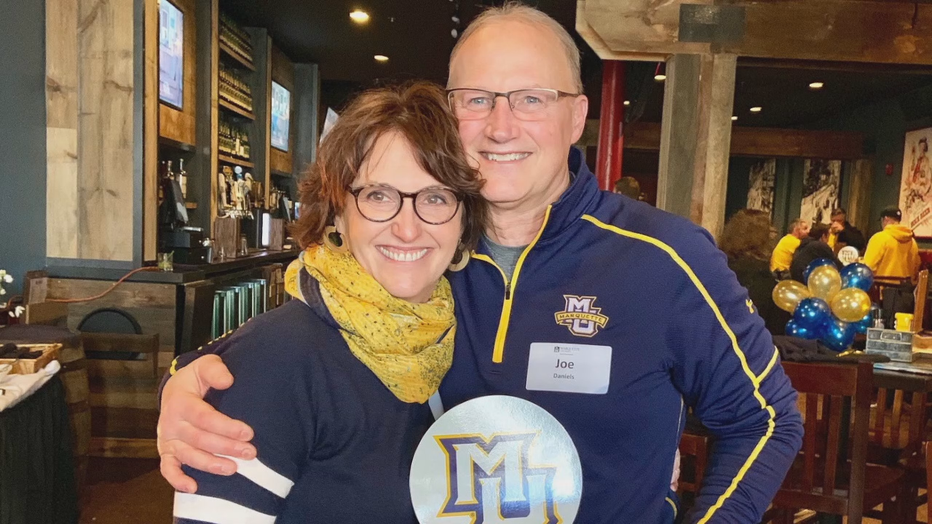 That is when all of it came to a sudden end at the intersection of 10th and Wisconsin in Milwaukee.

"I went to the door and I saw three police officers and a priest," Lora Daniels said, her voice beginning to fail. "And they said he didn’t make it."

On February 11, 2020, Daniels was leaving a function at the Wisconsin Club when police say an Infiniti Q50 struck and killed him as he tried to walk across 10th street. Evidence shows Daniels was crossing the road against a traffic light. 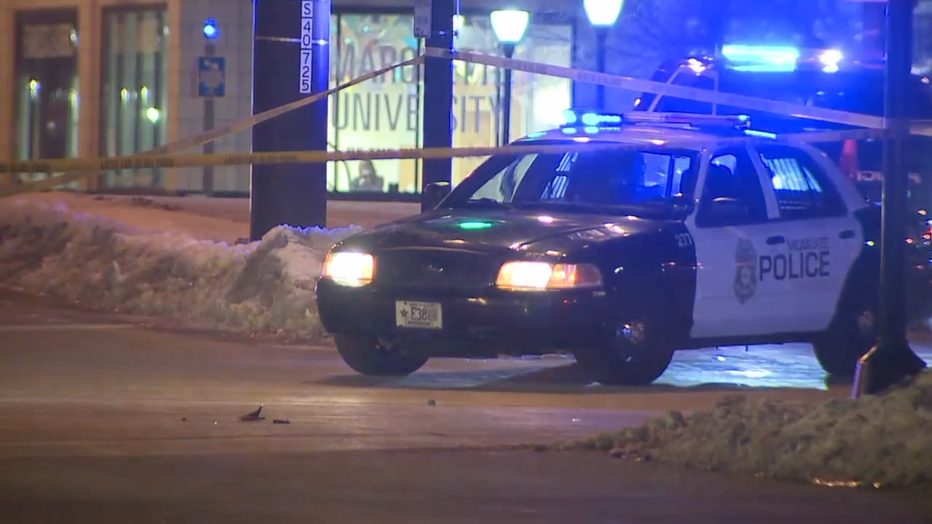 "This is an unfortunate accident," said Robert Webb, the criminal defense attorney who represents the young man police say was behind the wheel.

"He lies," said Assistant District Attorney Sara Hill, referring to 21-year-old Jordan Jones. "And he puts somebody else up to lying to police."

According to court records, Jones was in the car with his girlfriend at the time of the crash. Moments after the car struck Daniels, police say Jones convinced the young woman to switch seats. Why?

"This defendant has no driver's license," Hill said.

Officers wrote they smelled an "overwhelming odor of marijuana" coming from the car, but they did not test Jones for intoxication. Both Jones and his girlfriend told police at the scene she was driving. It was not until days later she changed her story and said it was Jordan Jones behind the wheel the whole time.

"It felt like a punch in the gut," Lora Daniels said. 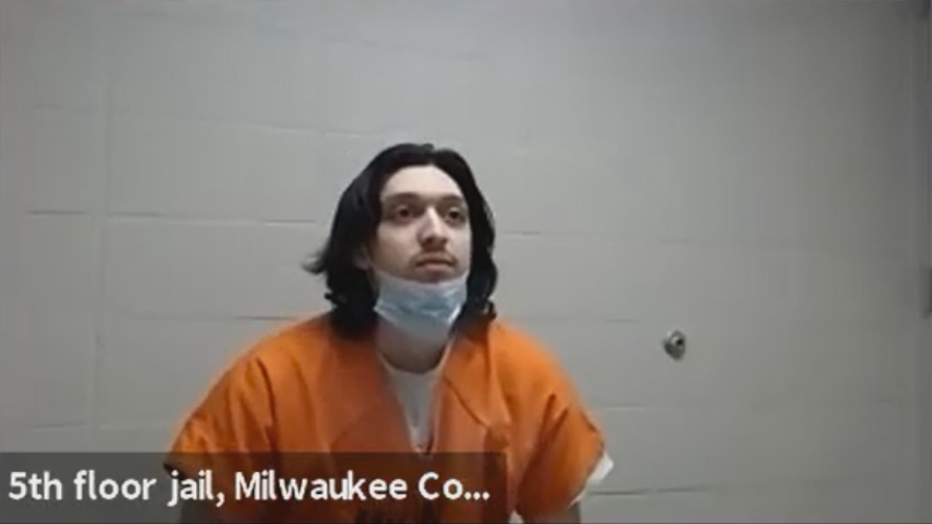 Milwaukee Police Officer William Haney testified in a preliminary hearing that when he confronted Jones with this information, Jones appeared to be nervous.

"He said something to the extent of this wouldn’t be good for him because he’s already a convicted felon," Haney said.

The night of the crash, police arrested Jones for violating probation in a 2016 drug-dealing case. Over the next several weeks, they listened to a series of jailhouse calls he made to his mother, Dawn Jones, who is also a convicted felon. 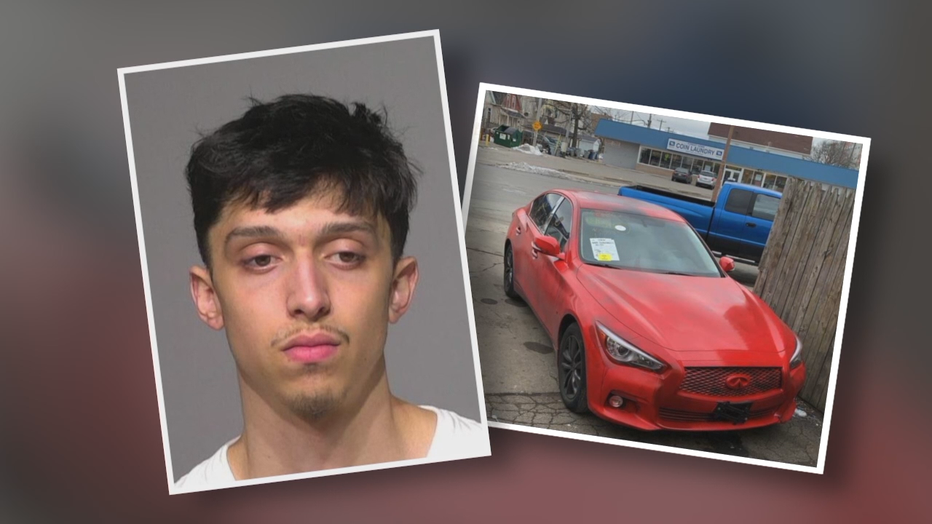 "She asks him what had happened and who was driving. He states, 'On the record, it was Lala.'" Haney testified.

Police say 'Lala' is a nickname for Jones's then-girlfriend, Alandrya Cartagena. According to Haney, Dawn Jones and her son, Jordan, were conspiring to keep Cartagena quiet.

"There's a theme that keeps repeating throughout these phone calls that everything's going to be fine as long as she sticks with the plan," Haney said.

Dawn Jones was more than just a mother advising her son. She was also his boss.

Eight months after the used car license was granted, Jordan Jones took his girlfriend to an auto auction in Jefferson, Wisconsin, to purchase a car for the family business. Later that night, police say, Jones was driving a car with Equitable Auto's dealer-issued license plates when he struck and killed Daniels. 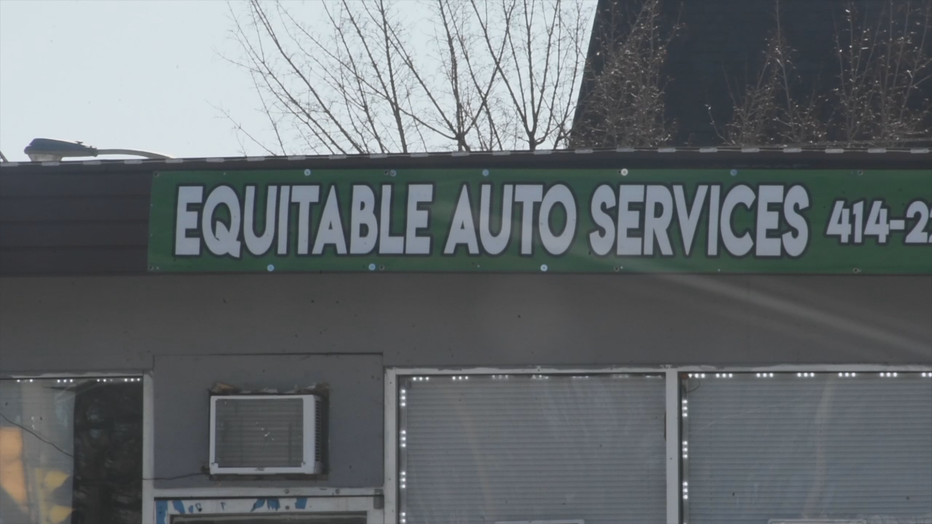 "It was someone who never should’ve been behind the wheel," Lora Daniels said.

But when it comes to used car salesmen driving cars without a license, our investigation found Jones is hardly the only employee of Equitable Auto Services doing it.

A fleet of unlicensed drivers

Brandon Redd has a suspended driver's license. But in January, he applied for a "Buyer's License" from the Wisconsin Department of Transportation. That application has never been approved. But a DOT spokesperson tells FOX6 filing the application alone was enough to get Redd access to auto auctions that are only accessible to car dealers.

On Facebook, Redd advertises his auction activity, claiming to be a car dealer himself. 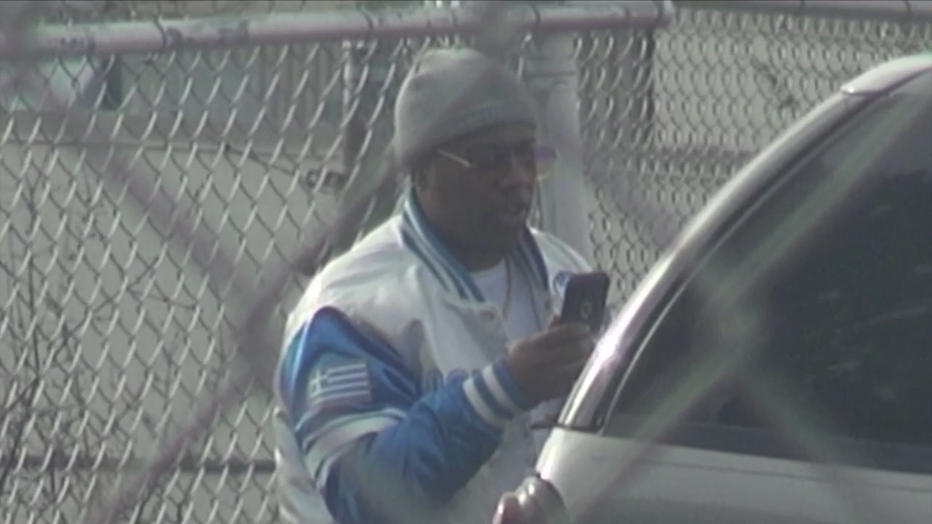 "If you serious about grabbing a vehicle from me, inbox me your max budget," he said in a recently posted video. "This is what I do for a living."

While Redd claims in his Facebook videos to be in business for himself, his state application shows he works for Equitable Auto Services.

"It's a problem. How is this happening?" Lora Daniels asked.

In fact, state records show more than two dozen people are licensed to buy cars on behalf of Equitable Auto -- many with lengthy criminal records. Our investigation found at least half of them do not have a valid license to drive.

That's right. They do not have a license to drive the very cars they deal. Yet, many still do. We watched as Redd pulled out of a local auction lot and drove away in a vehicle he'd apparently just purchased, even though Redd's license to drive has been suspended for years.

"Does that concern you?" asked FOX6 Investigator Bryan Polcyn.

The FOX6 Investigators tried to reach Dawn Jones at her car lot, two apartments, and a warehouse. We called four different phone numbers listed in the dealership window and in public records. We even emailed her at the address listed on her own state license application. We never heard back.

The Wisconsin Department of Transportation declined our request for an on-camera interivew. But a spokesperson says there is no law in Wisconsin that you have to have be a validly licensed driver in order to be a licensed vehicle buyer on behalf of a car dealer. 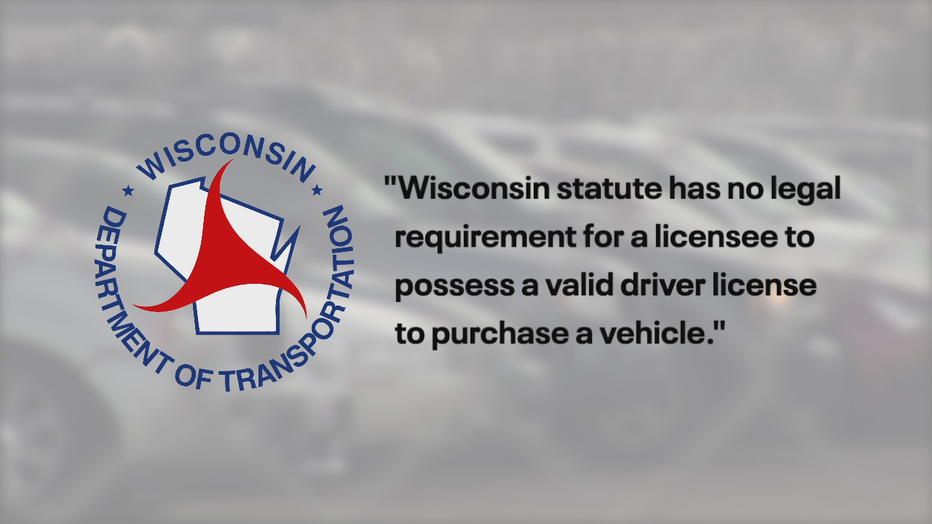 "Maybe this is what it takes to change the laws," Lora Daniels said.

Jones was ultimately charged with hit-and-run -- not for leaving the scene, but because prosecutors say he lied to police. He was also charged with driving while suspended causing death.

More than a year after the crash, Lora Daniels gripped a ceremonial shovel, as Marquette broke ground on a new business school that is the result of her late husband's vision. 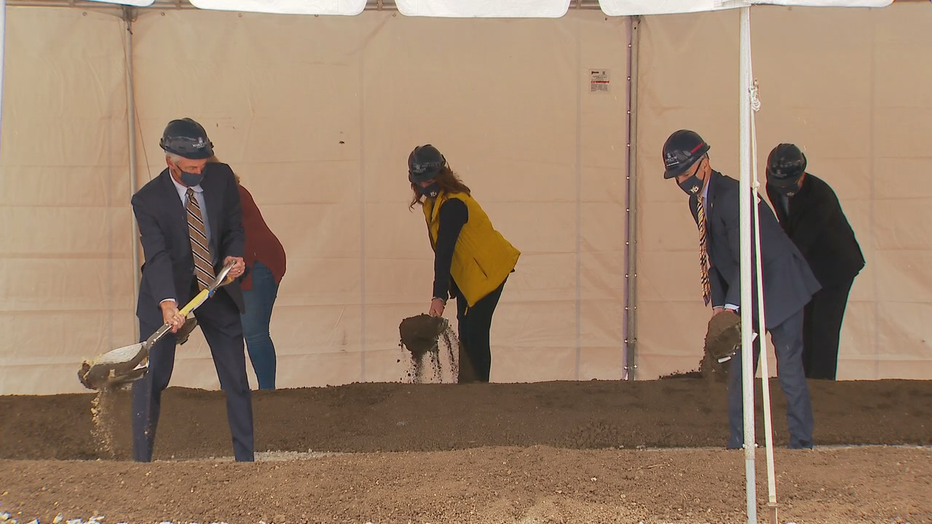 Daniels is still trying to come to terms with all that's happened.

"Joe was my world," Daniels said.

She never expected to be a widow so soon, but there are some intersections we never see coming. 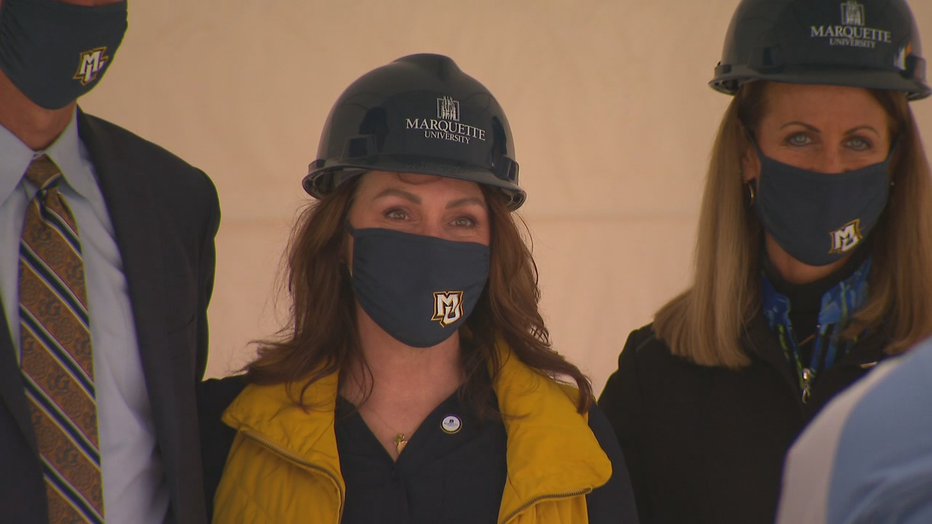 Jordan Jones has pleaded not guilty in the death of Joe Daniels. He's being held on $50,000 bond. His next court date is April 16.

If you have a tip for the FOX6 Investigators, send an email to fox6investigators@fox.com.

The Wisconsin Center in Milwaukee will receive resources and staffing to be able to do 3,000 vaccinations per day starting April 6.

The University of Wisconsin System revealed on Wednesday, March 31 the $500 tuition credit for eligible UW System nursing and pharmacy students working at COVID-19 vaccination sites is extended to May 22.