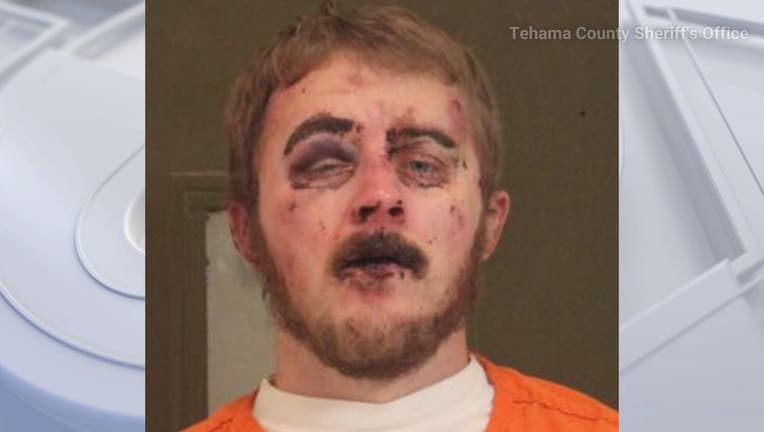 Cassidy Russ, of California, is accused of throwing a Molotov cocktail toward a police officer. PHOTO: Tehama County Sheriff's Office

CORNING, Calif. (KTTV) - A California man is accused of throwing a Molotov cocktail toward a police officer, not once but at least two times.

While trying to walk away and ignoring the officers trying to stop him, Russ began "fumbling with an item near the front of his waistband," Corning PD said in a press release. As the officers gave the suspect verbal commands, Russ lit a Molotov cocktail and threw it toward police.

The Molotov cocktail missed the officer and blew up near a parked vehicle. Following the explosion, Russ led police on a foot chase before being tackled to the ground.

Russ was eventually placed into custody and booked into jail after resisting baton strikes, Corning PD said in a press release.

The fire started by Russ was eventually extinguished and as of Thursday evening, no injuries were reported.