The Milwaukee Bucks' Sterling Brown has reached a proposed $750,000 settlement with the City of Milwaukee, records show. The settlement also includes an admission by the city of&nbsp;a constitutional violation.

MILWAUKEE - The Milwaukee Bucks' Sterling Brown has reached a proposed $750,000 settlement with the City of Milwaukee, records show. The settlement also includes an admission by the city of a constitutional violation.

A letter from City Attorney Tearman Spencer dated Wednesday, Nov. 4, 2020 says the following on this settlement:

"On the advice of the mediator and with the risks of trial in mind, the parties engaged in settlement discussions and Plaintiff agreed to settle the entire case for a total of $750,000.00, which includes attorneys' fees and costs.

"Additionally, settlement of this matter includes a Joint Statement from the City of Milwaukee, which contains an admission of a constitutional violation and a commitment to incorporate changes to Milwaukee Police Department Standard Operating Procedures (as represented by a Policy Addendum). These changes must be implemented within 180 days of execution of the settlement agreement."

The lawsuit was filed after an incident that occurred early on Jan. 26, 2018. While on patrol, an officer noticed a vehicle parked across two handicapped parking spots in a Walgreens parking lot and stopped to investigate.

A short time later, several other officers arrived on the scene and a struggle ensued. That struggle resulted in Brown being tased and arrested. 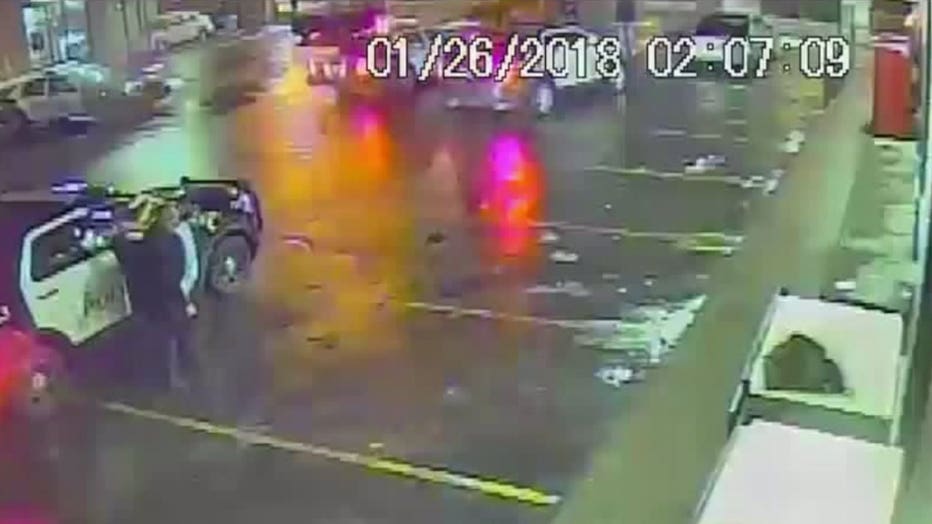 "It should never have happened and I think this is a strong good faith effort to try to take a bad situation and correct what happened," Barrett said.

But Brown sued. Brown's attorney, Mark Thomsen, rejected a $400,000 settlement in part because the city did not admit to officers violating Brown's civil rights.

Since, Brown has played a role in calling for police reform -- including marches this past summer.

"Certainly, we're hoping the city does the right thing." Brown's attorney Mark Thomsen said in January of this year.

They rejected a previous $400,000 settlement, in part because the city didn't admit to officers violating Brown's civil rights.

Since, the NBA guard has played a role in calling for police reform, including marches this past summer.

The Milwaukee Bucks released the following statement on this matter:

"We are pleased that Sterling’s lawsuit has been mutually resolved and that there’s been an important commitment by the City of Milwaukee and its Police Department to make changes to the MPD’s standard operating procedures. No one should ever have to go through the horrifying abuse and injustice that Sterling experienced. We commend Sterling for his courageous response to this terrible situation by repeatedly sharing his story and working tirelessly with countless local groups and organizations to help make change in our community. And we also commend the City’s leadership for its commitment to implement these important changes to better Milwaukee."

Over the past five years, the City of Milwaukee has paid approximately $34 million to settle allegations of police misconduct. The latest coming last week as the Common Council voted to pay the family of Sylville Smith, whose shooting death by Milwaukee police officer Dominique Heaggan-Brown sparked nights of violent protests and riots in the Sherman Park neighborhood in 2016.

Again, Sterling attorney Mark Thomsen is not commenting on the matter at this time.

FOX6 News has also reached out to Mayor Tom Barrett’s office -- and has not yet heard back.

The proposed settlement agreement is set to be reviewed by the city's Judiciary and Legislation Committee next week. It also needs the approval of Milwaukee's full Common Council.