Milwaukee Bucks fans celebrated the one-year anniversary of the team's 2021 NBA Finals championship with a watch party at The Mecca Sports Bar & Grill.

MILWAUKEE - Milwaukee was home to a party it hadn't hosted in 50 years on July 20, 2021 when the Bucks beat the Phoenix Suns in Game 6 to clinch the NBA title.

The chance to relive history was one Bucks fans couldn't pass up. Exactly one year later, at The Mecca Sports Bar & Grill on Wednesday, they shared memories of a night they won't soon forget.

"Giannis is just such a generational player, and to see him win it on the biggest stage, that's art right there," said Jake Jennings.

"Just seeing everyone, you know, relish the moment and take it all in," said Ben Moody. "It was something that was crazy, super special and something I will definitely remember for the rest of my life."

For many, the experience was defined by just being in the Deer District. A crowd of 65,000 people, who did not have tickets, attended the outdoor watch party. 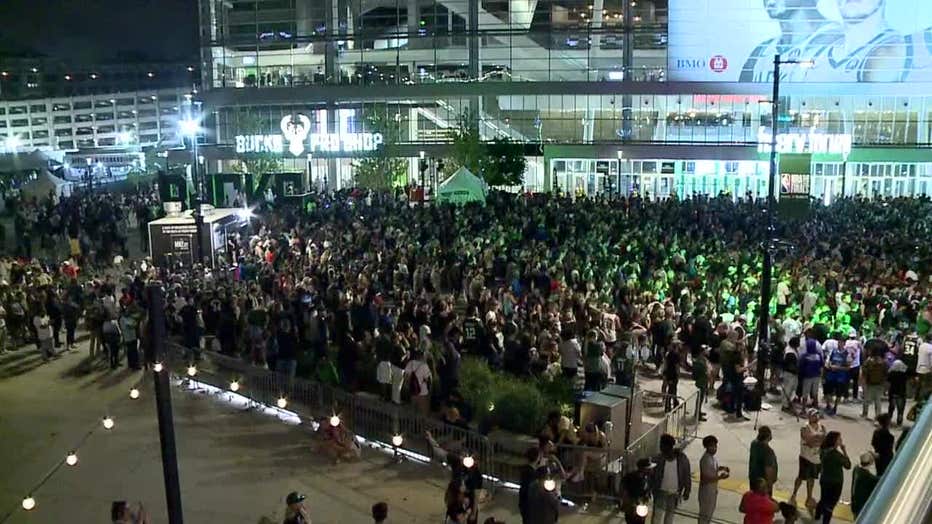 "I was like, 'You know what, it's looking like this is gonna be the one. I don't want to wait any longer. If it's gonna happen today, I'm gonna be there. I wanna be a part of history,'" Moody said of heading to the Deer District at halftime of Game 6, "and I was."

Tyler Peters remembers the anxiety hanging over him as the game headed into the fourth quarter.

Seeing the ending to a spectacular season again this year brought back the excitement of that night, much like a good movie. 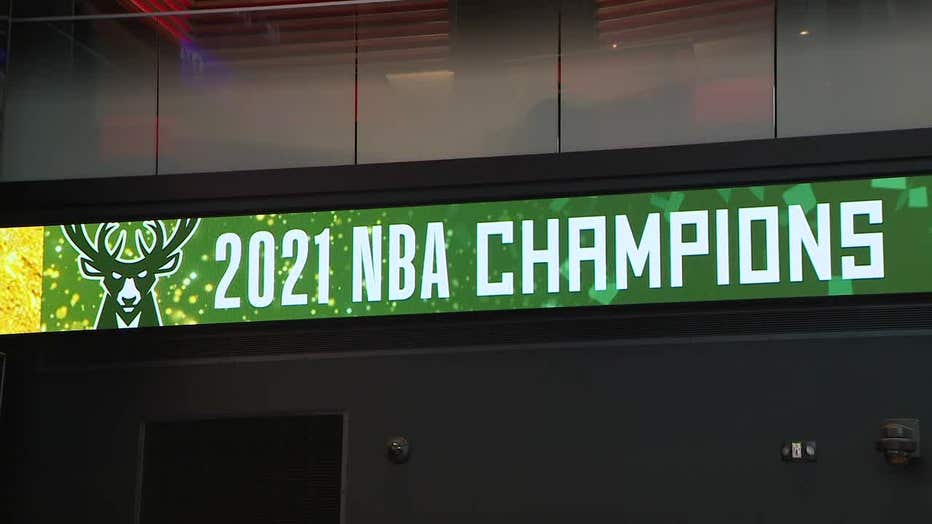 "Even if the Bucks never win another championship, I'm more than happy to say I got to live this one," said Peters.

That NBA Finals run was full of moments, especially for Finals MVP Giannis Antetokounmpo: returning from injury, a Herculean block, the "Valley Oop" and, of course, a 50-point performance in Game 6. Fans said they will hold onto those moments forever and hope for another title, too.