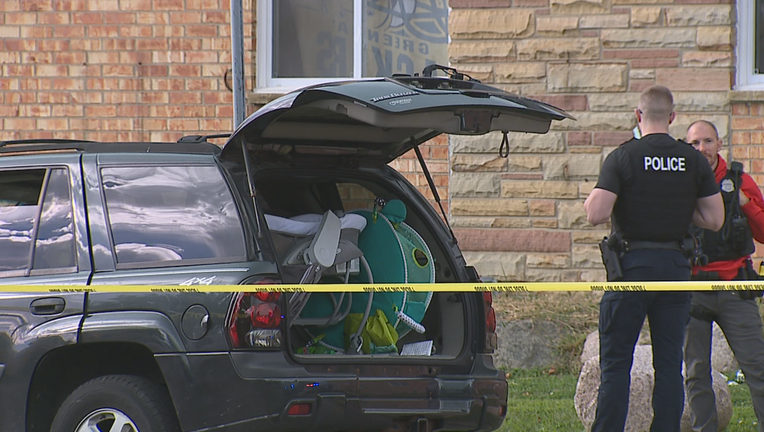 Scene near 91st and Mill

BROWN DEER, Wis. - Police responded to the call of a bank robbery near 64th and Brown Deer Road shortly before 2:30 p.m. Thursday, Sept. 23.

While en route to the bank, police saw the suspect vehicle described by Bayside Communications and initiated a traffic stop near 91st and Mill Road.

Four suspects were taken into custody.

No weapon was shown at the bank and no one was injured.

No additional information was provided.

A 24-year-old Milwaukee man wanted in a Sept. 14 road rage shooting on the city's north side has been charged, according to a criminal complaint.