Brown Deer families displaced by a fire at River Place Apartments had until Friday, Aug. 26 to get their stuff out. Roughly 100 people lost their homes.

BROWN DEER, Wis. - Brown Deer families displaced by a an apartment fire had until Friday, Aug. 26 to get their stuff out.

"I just loved my building we were like a family, we got along, we watched out for one another," said resident Ursala Landry. "It's bittersweet, and after something l like this happened, we all have become closer."

Landry said the experience of having to move after the fire brought flashbacks of having survived Hurricane Katrina in New Orleans before moving to Wisconsin.

The fire led to a partial roof collapse at the 110-unit apartment building located on Hawthorne Trace Road – near County Line and Green Bay roads. 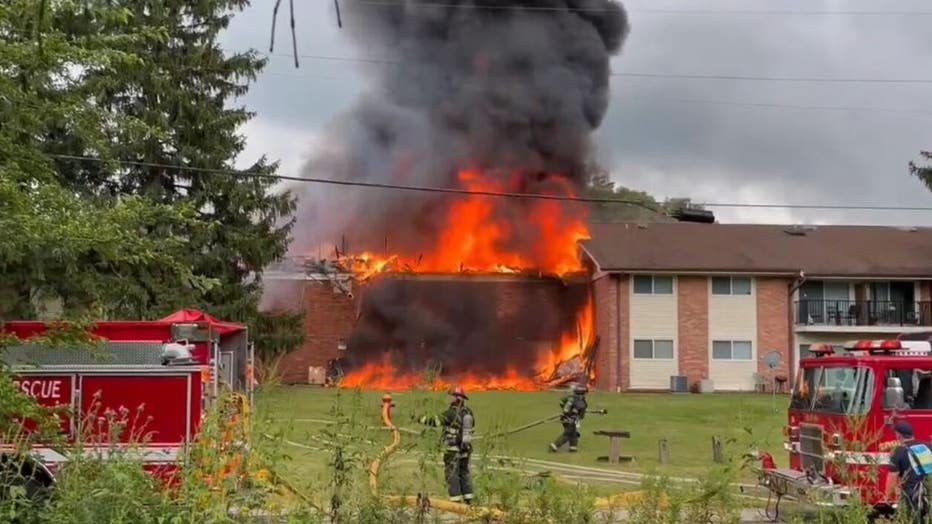 FOX6 News crews at the scene reported a large plume of black smoke visible around 4 p.m. the day of the fire; that's when people started calling 911. First responders reported heavy fire coming from the attic. They began quickly evacuating the building. Just 13 minutes after the first call, part of the roof came crashing down.

The fire was under control about 50 minutes later. One firefighter sustained a minor injury but quickly returned to duty. There were no other injuries.

The fire was contained to one corner of the building, but 42 units were deemed uninhabitable. Ten were damaged by fire, and the rest suffered smoke/water damage or were without power in the wake of the fire.

The American Red Cross of Wisconsin organized a multi-agency resource center to give the 46 displaced families the chance to start over again.