The New York Police Department has named Frank R. James as a person of interest in a shooting on a Brooklyn subway train Tuesday morning, April 12.

NEW YORK - The New York Police Department has named Frank R. James as a person of interest in a shooting on a Brooklyn subway train Tuesday morning, April 12.

James, 62, has addresses in both Wisconsin and Philadelphia. NYPD asked the public to provide tips as to his whereabouts, but did not name him as a suspect.

Police released a photo of James (right) that appears to be a screenshot from a YouTube video. In that video, posted on March 20, he described leaving Milwaukee for Philadelphia and makes it clear he did not plan to return to Wisconsin. 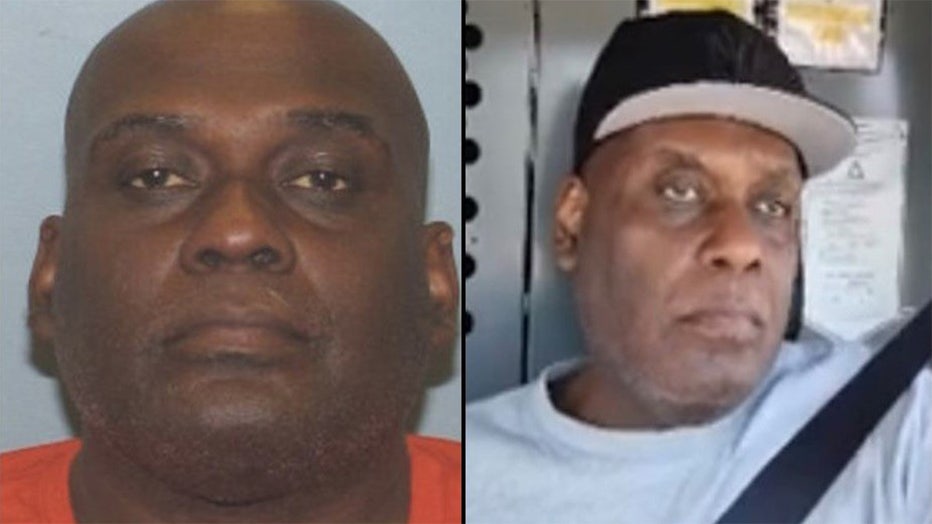 The NYPD released photos of Frank James. He is a person of interest in the subway shooting that took place on the N train in Brooklyn Tuesday morning.

In the video, which at times can be hard to understand, he also mentions having post-traumatic stress disorder, but does not make it clear from exactly what, only saying that bad things happened in his life.

He talked about the war in Ukraine and mentioned the people of Milwaukee when discussing sanctions in Russia.

A man wearing a gas mask opened fire inside a Brooklyn subway train on Tuesday morning. Police said the gunman opened two smoke grenades and then pulled out a handgun on the train, firing 33 times before taking off when the train pulled into the station.

Ten people were shot and five of the victims were considered to be in critical condition. Nearly two-dozen other people suffered injuries. None of the injuries were believed to be life-threatening. 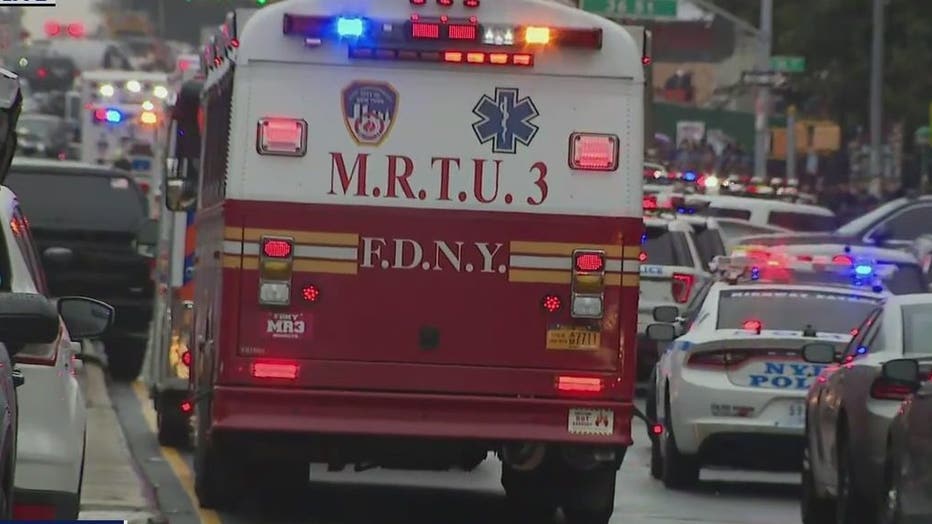 A massive emergency response is seen outside a Brooklyn subway station after a reported mass shooting. (FOX 5 NY)

NYPD found a Glock 17 9MM handgun with three extended magazines and a U-Haul key at the scene after the mass shooting. It was unclear what type of weapon the shooter used in the attack.

At an afternoon news conference, the NYPD said they were not investigating the shooting as a terrorist attack but was being considered an active shooter incident. No motive was known for the attack.

The shooter was still on the loose Tuesday evening. He was described as a Black man, weighing 180 pounds. He was wearing a gas mask a green construction vest and carrying a construction bag.

Police are asking anyone with information about the suspect to contact the NYPD Crime Stoppers at any of the following: at 1-800-577-TIPS (8477) or for Spanish, 1-888-57-PISTA (74782). The public can also submit their tips by logging onto the CrimeStoppers website on Twitter @NYPDTips.

A safety project to install bullet-resistant glass at all of Milwaukee's police district stations got a huge boost on Tuesday, April 12.

Milwaukee police were involved in a vehicle pursuit Monday, April 11 near 31st Street and Brown Street.