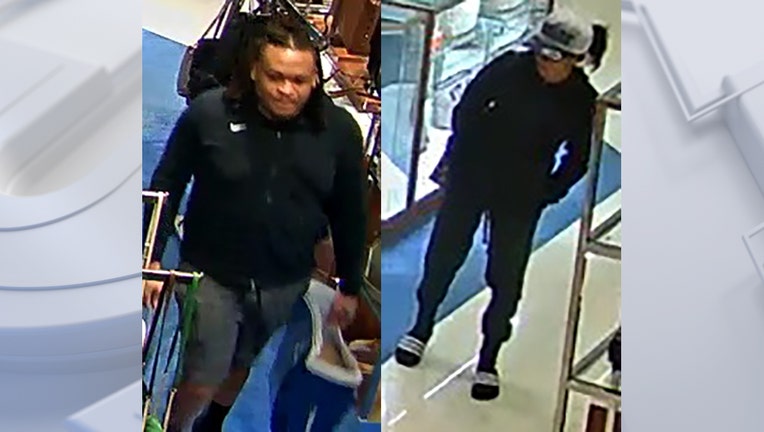 BROOKFIELD, Wis. - The town of Brookfield Police Department is investigating a fraud report that happened at the Corners of Brookfield Von Maur on July 29.

Police said two suspects – one male and one female – arrived in a U-Haul van that had no visible registration plates around 3:45 p.m. The two then picked out multiple items and tried to buy them with fraudulent credit cards.

A backpack sale was approved for $1,550 and was later reported as fraudulent. The male suspect, police said, attempted multiple credit cards and swiped them multiple times.

Von Maur also reported that an attempted credit card fraud happened at a location in Lombard, Illinois on Aug. 5.

Trees remained down and wood chippers throughout the day Thursday, the area near Eagle Spring Lake still showing remnants of Tuesday's storms.

Two Milwaukee men have been charged in connection to a double fatal crash that happened Saturday, Aug. 7 on the city's north side.

A 34-year-old man is dead following a shooting near Palmer and Locust in Milwaukee's Harambee neighborhood Thursday morning.