BROOKFIELD, Wis. - Newly-released surveillance and body camera footage gives new insight into why five men were fighting over trading cards outside of a Brookfield Target on May 7.

The fight caused the Target to be evacuated and shut down for a short time. Shoppers hid in the woods when they heard someone had a gun.

FOX6 News filed a public records request to learn more about why nobody involved was facing charges. The district attorney said the video doesn't make it clear who the victim is, so he could not meet the burden of proof.

In the video, the fight appears to be four men versus one. About 30 seconds after they leave the view of the camera, the man who was outnumbered is seen holding a gun as everyone else runs away.

"Last minute strength, I get them off me. That's when I go in my jacket and my heat. Once I pulled out my heat, that's when everyone scattered," the man, who was legally carrying, described the fight to police.

He showed police how he was put in a headlock, and said he almost passed out. 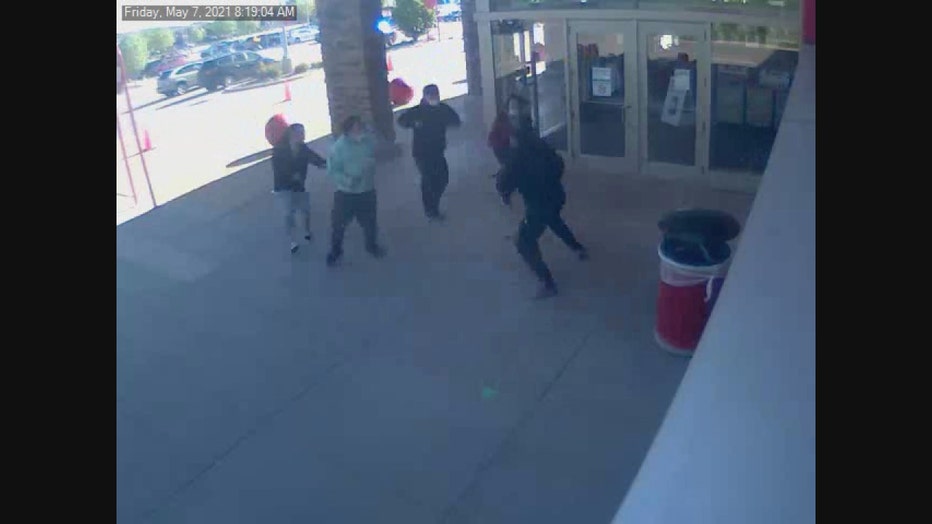 Surveillance of fight outside Brookfield Target over trading cards on May 7, 2021.

Officers found the other four men around the area, putting each in handcuffs. But they told a different story about who started it.

"As I was trying to walk in, he kept talking to me, so I turned around and then he came at me," one of the suspects said.

"He let them skip, so we weren't cool with that," a suspect said. 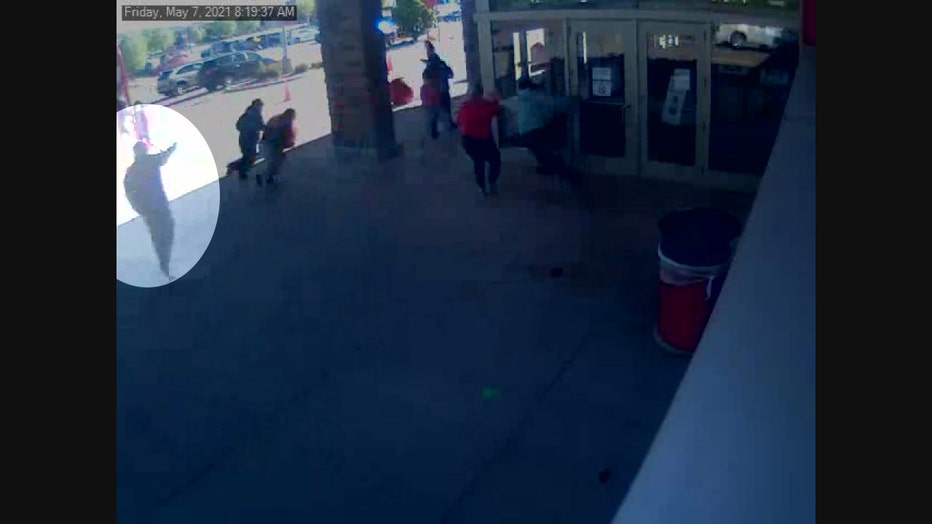 Surveillance of fight outside Brookfield Target over trading cards on May 7, 2021.

Another angle of surveillance video shows the men crossing paths and starting to exchange words.

One man tries to walk away, but the man wearing all black follows him. It's one of the things the Waukesha district attorney said makes it questionable the man in all black is a victim. The DA wrote in his decision that "no party was more at fault than the other" and "that all actors were willfully participating."

One officer wonders how this could all happen over sports trading cards, asking the suspect "What's so big about these right now?"

"It's like a craze for it, so people are like buying it all out and reselling it because they are going for double, triple more than what they go for in the store," a suspect said.

FOX6 blurred the faces of everyone involved because none of them are facing charges. We did try to reach each of the men involved by phone. Only one answered, and he said he'd have to talk to his lawyer. We have not heard back.

Man accused of firing shots at officer near 39th and Garfield

A 31-year-old Milwaukee man is charged with first-degree recklessly endangering safety – after allegedly firing shots at an officer.