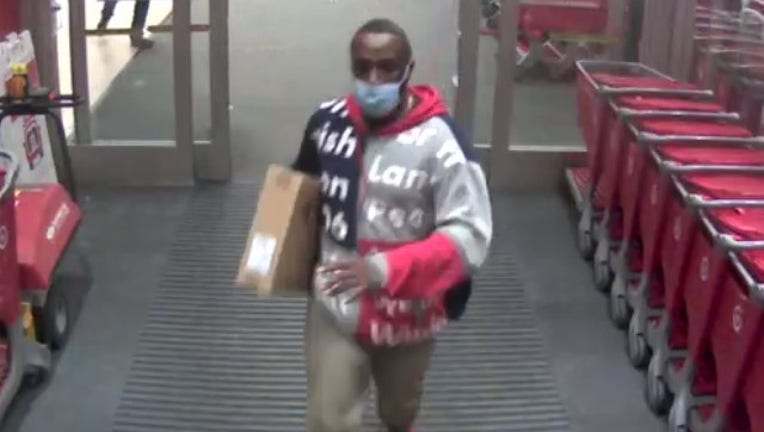 BROOKFIELD, Wis. - Brookfield police need help to identify and locate a man wanted in connection with thefts from Target.

According to police, on July 15, shortly before 10 p.m., a loss prevention officer saw the man being dropped off at the Target on Bluemound Road.

Police said the man was "dropped off by an unknown suspect for retail thefts at other Target locations in the Milwaukee metropolitan area but has not been identified." He's described as a male, Black, wearing a gray, red and blue colored sweatshirt with lettering, khaki pants and red shoes.

Anyone with information is asked to please contact the City of Brookfield Police Department.

A 16-year-old was shot at Milwaukee's Sherman Park and suffered injuries that were not life-threatening, according to the sheriff's office.