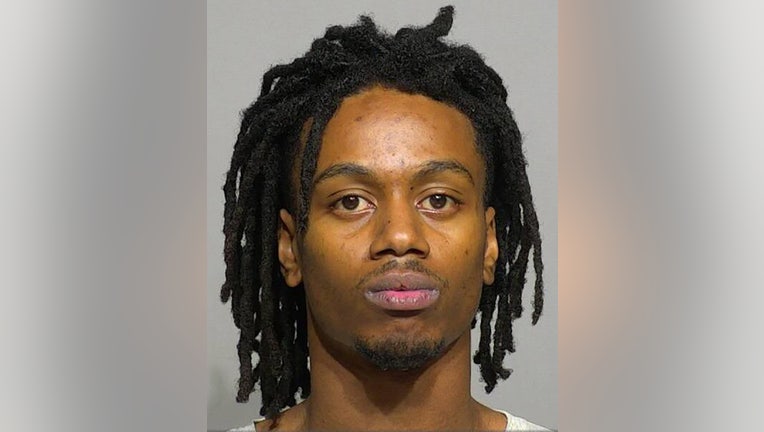 MILWAUKEE - A Milwaukee County judge sentenced Brent Dale on Feb. 15 to 27 years in prison plus another 13 years of extended supervision in connection with a fatal shooting of a man near 41st and Villard in September 2020.

Dale pleaded guilty to a charge of first-degree reckless homicide – in November – and a charge of possession of a firearm by a felon was dismissed and read into the court record for the purposes of sentencing.

According to the criminal complaint, police were dispatched to the area near 41st and Villard around 1:15 p.m. on Thursday, Sept. 10 for a 911 call related to a shooting. When officers arrived on the scene, they found a man suffering from a gunshot wound. That man was later pronounced deceased on the scene.

Investigators determined the shooting had taken place at the Citgo gas station near 41st and Villard. They located five spent 9mm cartridge casings in the parking lot of the gas station.

Officials also reviewed surveillance video from the station -- which shows the "victim being attacked by 5 or 6 individuals who punch and kick him repeatedly." A short time later, the complaint says "the video shows a man standing in the southeastern portion of the parking lot, holding a handgun with two hands and firing northbound towards the victim." Investigators noted the video showed "the shooter stayed on scene for a considerable time after the homicide -- apparently looking for his keys which he never found, instead abandoning the vehicle he arrived in and leaving on foot."

The complaint says about 20 minutes after the shooting, officers spotted a person who fit the description of the shooter. When officers attempted to conduct a field interview, the man fled on foot. That man was apprehended after a short foot pursuit -- and he was identified as Brent Dale.

Investigators found a 9mm semi-automatic Beretta pistol in the backpack that Dale had with him when officers took him into custody, the complaint says. After further investigation, it was "determined that the recovered casings (at the gas station) appeared to have been fired from that Beretta."