The family of Rikki Olds, a 25-year-old who was killed in the Boulder mass shooting, held a press conference on March 24, 2021, to share their memories of a life cut short.

BOULDER, Colo. - Rikki Olds, a 25-year-old woman who worked as the front-end manager at King Soopers in Boulder, Colorado, often danced on the clock and knew how to make her coworkers smile.

Olds was among the 10 people killed Monday when a gunman entered the supermarket and opened fire. Other victims included a police officer, who was the first to arrive on the scene.

"Rikki was truly special to us. She was vibrant, she was bubbly," her uncle, Robert Olds, said. "Rikki was kind of the light of our family."

He said his niece had faced hardships as a child, primarily raised by her grandparents, and had grown into a strong and independent young woman. She constantly changed her hair color and loved the outdoors, particularly hiking and camping, and would laugh "so hard she would snort."

When a gunman entered the Kings Soopers grocery store on Monday afternoon, Rikki was working at the time. Her uncle said she had been climbing up the ladder at the store and was "living her dream." She loved customer service and helping people. 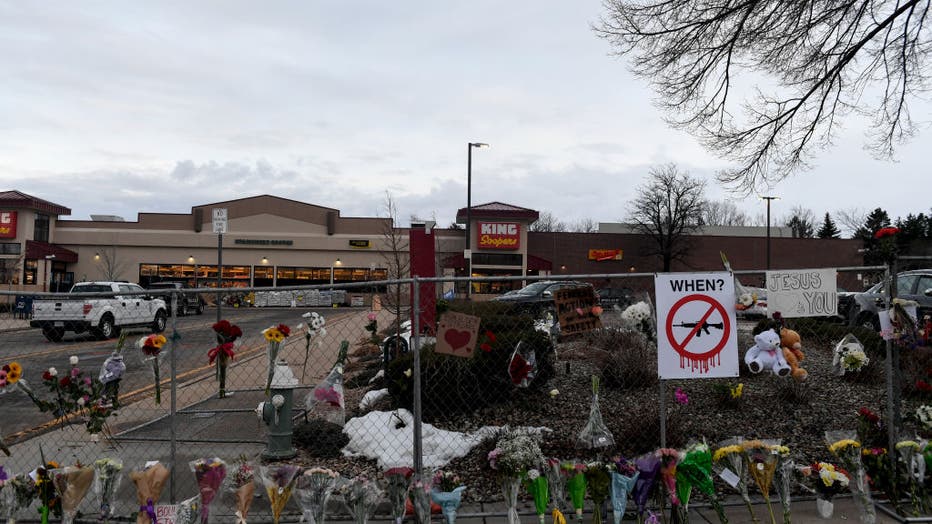 Flowers line an ever-growing memorial along the sidewalk and fence a day after a mass shooting at King Soopers, on March 23, 2021. (Photo by AAron Ontiveroz/MediaNews Group/The Denver Post via Getty Images)

Robert Olds said he still remembers his niece as a young child who would tag along with him and his sons to baseball tournaments and ask to go to McDonald’s.

Her coworker and friend, Carlee Lough, said Rikki would dance to the music at work and do "anything to make you smile, to make you laugh. If you were having that bad day, Rikki was there to make it better." She added that Rikki was nicknamed "Wendy" at work because she always wore two braids in her hair.

Lough had left King Soopers early on Monday and learned about the shooting from family. She said she turned on the news and watched the coverage unfold at her workplace.

"It’s very hard," Lough said. "It’s something that you will remember for the rest of your life."

Leiker and Stong also worked at the supermarket, according to the Associated Press.

"My mom has essentially lost a daughter and a granddaughter," he said. "There’s a hole in our family that won’t be filled. We try to fill it with memories, but it’s tough."