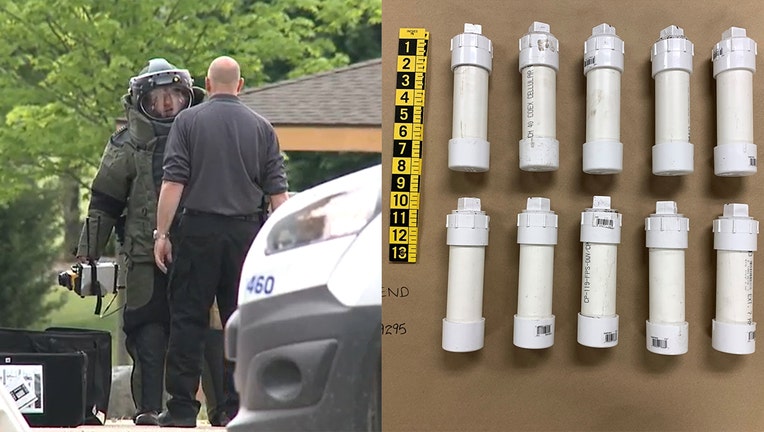 WEST BEND, Wis. - West Bend police are referring a disorderly conduct charge against a 51-year-old Ozaukee County woman after a report of suspicious items at Regner Park on Thursday, June 3.

The Milwaukee County Bomb Squad was called when two citizens reported what appeared to be pipe bombs around 4 p.m. Law enforcement secured the area, and bomb squad members determined the pipes did not contain explosives.

On Friday, police recovered eight additional pipes located throughout the park. Investigators determined the woman had placed the items as part of a scavenger hunt. She acknowledged she did not tell anyone she planned to do so.

The park has since safely reopened to the public. A music event scheduled at the park for Thursday night was canceled.

Police encourage anyone who sees any suspicious items not to handle them and to contact law enforcement immediately.

When deputies arrived to the site of the early morning Valentine's Day crash, even they were unsure how the driver, sitting calmly in her mangled vehicle, managed to get there.