Sp to one in six adults with sensitivity to peanuts developed it after age 18, study finds

At least 4.5 million adults in the U.S. are impacted by a peanut allergy, according to researchers.

More than 1.5 million people are allergic to sesame, the edible seeds of the sesame plant that are a common ingredient in dishes around the world, according to Food Allergy Research and Education (FARE). Reports suggest the allergy to sesame has increased "significantly" worldwide over the past two decades, the nonprofit says.

The legislation passed the Senate in March and the House this month, receiving bipartisan support.

One study estimated that U.S. households with child food allergies spend $24.8 billion annually — breaking down to roughly $4,184 per year per child — based on expenses for medical bills and treatments, buying special foods and leaving employment to care for a child with a food allergy.

Sesame is often used when a label reads "natural flavors" or "natural spices," adding a layer of difficulty when shoppers read product labels at the grocery store, according to FARE. The new law marks the first time since 2004 that an allergen has been added to the Food Allergen Labeling and Consumer Protection Act. 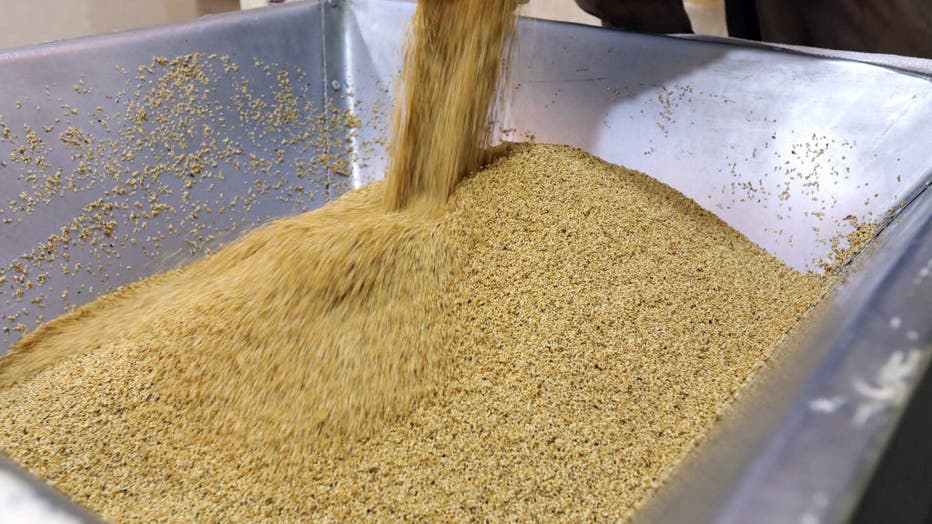 "The President’s signing today of the FASTER Act is a major victory for the entire food allergy community across the nation," FARE CEO Lisa Gable said in a statement. "I cannot thank President Biden enough, along with the thousands of food allergy champions who made today a reality, most notably Senator Tim Scott (R-SC), Senator Chris Murphy (D-CT), Representative Doris Matsui (D-CA-06), and Representative Patrick McHenry (R-NC-10) who garnered overwhelming support for this bill in Congress."

Childhood food allergies have slowly increased in the U.S. over the past several decades. The U.S. Centers for Disease Control & Prevention reports that the prevalence of food allergy in children increased by 50% between 1997 and 2011.

Between 1997 and 2008, the prevalence of peanut or tree nut allergy appeared to have more than tripled in U.S. children, according to FARE.

Today, roughly 32 million Americans have life-threatening food allergies, including 5.6 million children under age 18. That number breaks down to one in 13 children, or roughly two in every classroom, FARE states.

Jonathan Spergel, chief of the allergies department at Children’s Hospital of Philadelphia, told the Washington Post that there are a few theories to explain the increase. One being a small study in 2000 that suggested if parents delayed the introduction of potentially allergenic foods, kids would be less likely to develop those allergies. However, subsequent studies have revealed that early, careful introduction of foods such as peanuts can lessen the risk of developing a serious allergy.

The National Institute of Allergy and Infectious Diseases and the American Academy of Pediatrics recommend introducing peanut-containing foods in forms that are safe for infants as early as 4 to 6 months of age to help prevent peanut allergy. For infants who have severe eczema or an egg allergy, testing for peanut allergy and the introduction of peanut-containing foods under the supervision of a health care provider may be recommended.

But a 2020 survey of pediatricians found that only 29% were fully implementing the guidelines on the early introduction of peanut allergens.

The new law has a broader focus on food allergy research, which FARE says will benefit the 85 million Americans who suffer from food allergies and intolerances, including the millions with potentially life-threatening conditions.