Two boys said they were shopping at the Bayshore Barnes & Noble when a parrot flew on them. They brought it to a pet store. Now, the search for the bird's owner is underway.

GLENDALE, Wis. - Tall tale, or incredible truth? A missing pet ended up in the most unlikely of places: the Barnes & Noble at Bayshore.

Shoppers can get a lot done at the Glendale mall, but until Sunday that never included leaving with a surprise parrot. Now, there's a big push to help reunite the bird with its owner.

While one detail is a bit ruffled, the wildest story to come out of Barnes & Noble this week is the one about the bird at the bookstore.

"I got the story that they were in the bookstore and the bird flew on them," said cashier Madisyn Lacefield-May

While that part is in dispute, it doesn't change that the parrot is in need of a home.

"These two teenage boys walked over here from Bayshore – they said they were shopping at Barnes & Noble and this bird just flew onto their shoulder," said Amber Hobson of Pet Supplies Plus in Glendale. 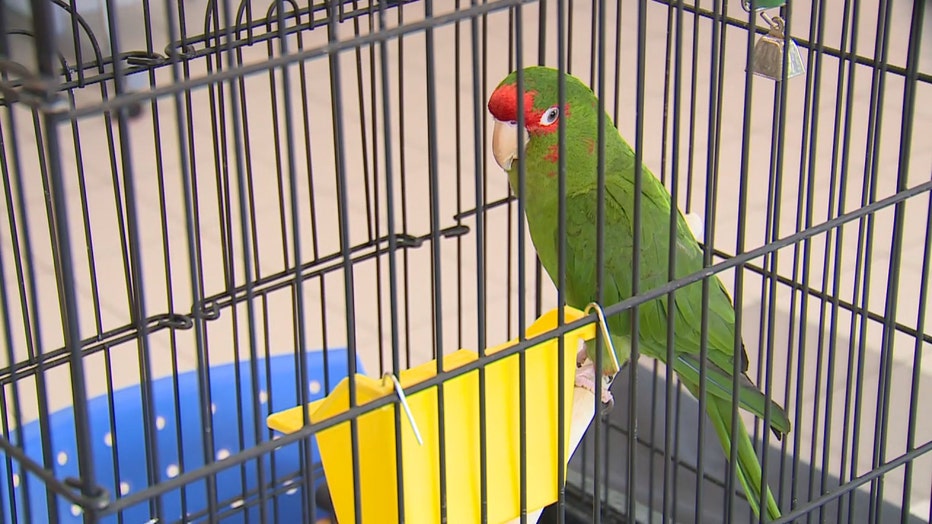 The cherry head conure somehow got loose from its owner and swooped down at the mall for help.

"I got really excited because I have a parrot at home," said Lacefield-May.

Lacefield-May took the parrot home for a few hours. After posting about the missing bird on Facebook to locate its owner, Glendale police eventually took the bird to MADACC. 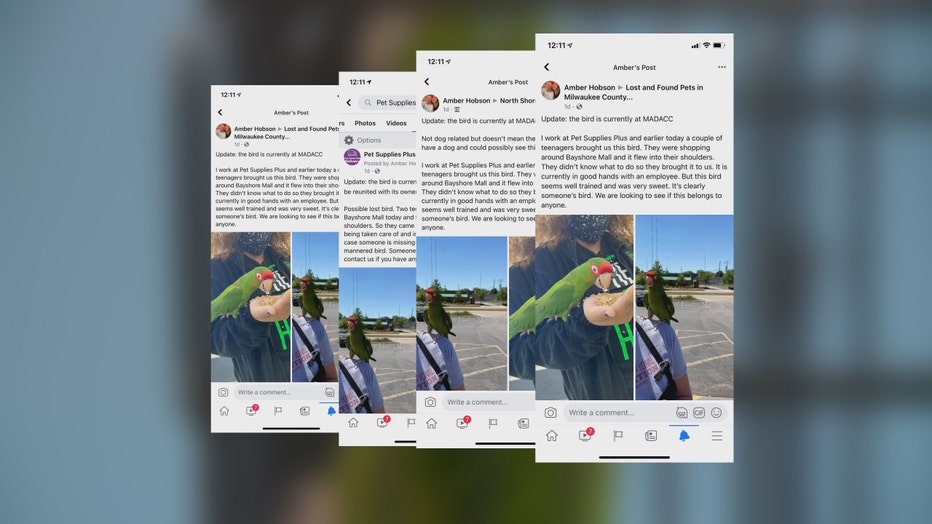 "Normally, birds can be very finicky and like only their owners. The fact that he was outgoing enough to seek attention and help from somebody is in a little way unique," said Kathy Shillinglaw, MADACC volunteer and outreach coordiantor.

Shillinglaw has her fingers crossed for a reunion. While MADACC rarely deals with large, exotic birds, she said owners can be overwhelmed by a parrot's earing habits, loud noises and lifespan.

"I do recommend that anyone who sees a bird like this and thinks it’s beautiful and wants to have them – do a ton of research. Birds are not for everyone," Shillinglaw said. 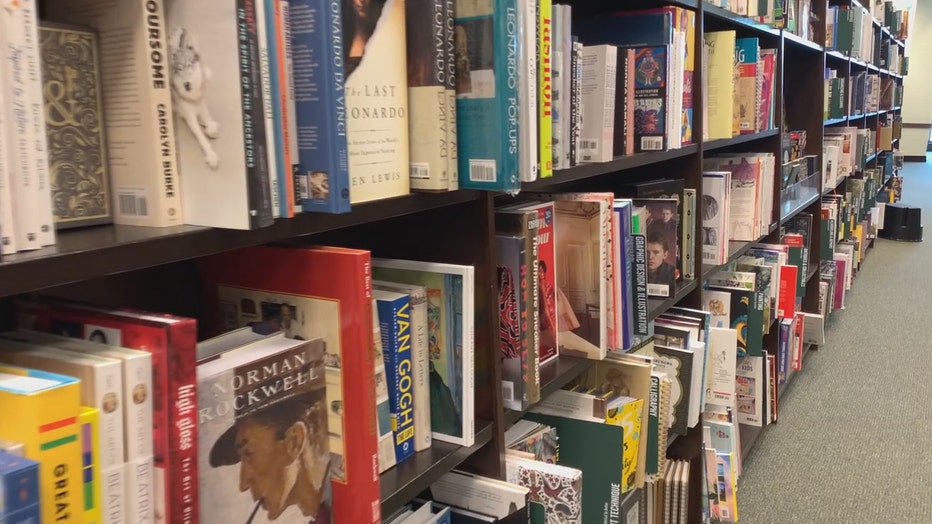 For the one missing their feathered friend, the story deserved a happy ending – a tale worthy of being perched on bookshelves.

The parrot will likely go to an avian rescue in downtown Waukesha, where it will go up for adoption. That is, of course, if the owner does not come forward.

A manager at Barnes & Noble told FOX6 News he was not aware of any bird getting into the store this week.

Glendale police could not say either way.