The Tucson resident told FOX TV Stations that she decided to check her Apple Watch after feeling a constant fluttering in her chest. (Credit: Yolie De Leon)

TUCSON, Ariz. - Yolie De Leon was about to go for a walk on June 9 when she realized she wasn’t feeling well — and it was a watch on her wrist that may have saved her life.

The Tucson native told FOX Television Stations that she decided to check her Apple Watch after feeling a constant fluttering in her chest.

"It said my heart rate was at 174. It said ‘you are an AFib’ and said ‘call your doctor immediately," De Leon shared. 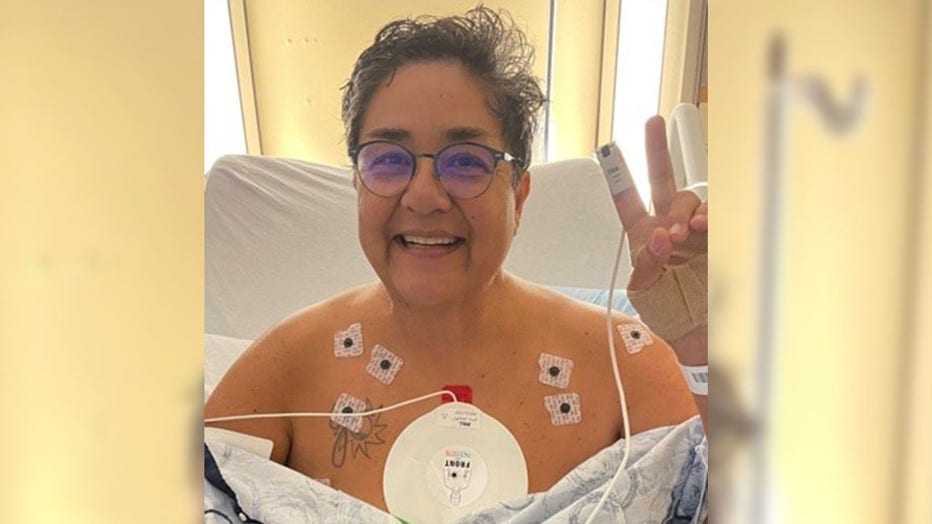 Yolie De Leon decided to check her Apple Watch after feeling a constant fluttering in her chest.

She immediately went to the hospital, where doctors ran multiple tests, including an electrocardiogram.

"Their eyes got really big, ‘It matches your watch’," De Leon continued. "I’m glad I reacted so quickly because it was life-threatening."

Atrial fibrillation, also called AFib, is a quivering or irregular heartbeat that can lead to blood clots, stroke, heart failure and other heart-related complications, according to Heart.org.

Last Sunday, De Leon reached out to Tim Cook, the CEO of Apple to tell him her story. She said she was surprised by his quick response.

"I'm so glad you sought medical attention and received the treatment you needed," Cook wrote to De Leon. "Thanks for sharing your story with us. It inspires us to keep pushing forward." 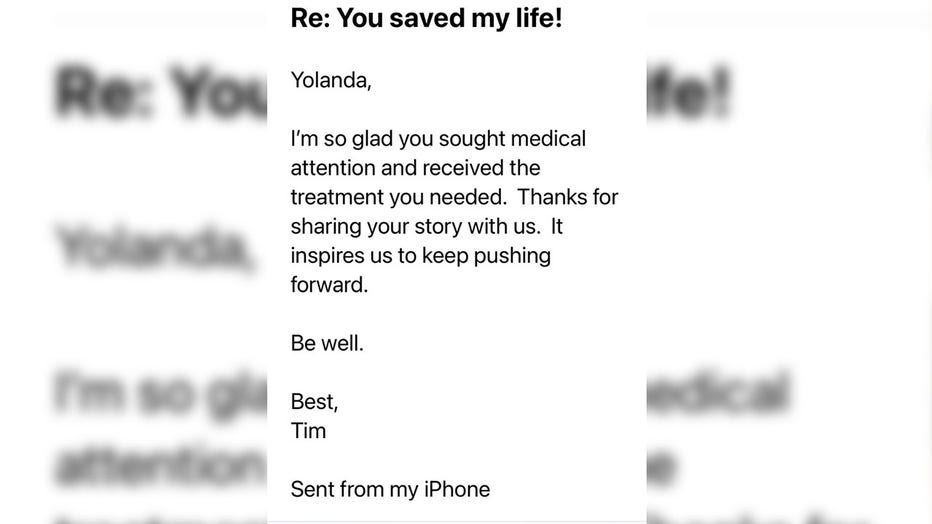 De Leon wants others to know the importance of paying attention to your health, and that technology "can really help."

"I’m a big huge Apple fan," De Leon said. "They gave me my life, what can be better than that?"

De Leon is just one of many who have experienced life-saving results from Apple's technology. In Sept. 2020, Apple released a video titled "Apple Watch – The Device That Saved Me" featuring stories from people who wear the watch on their wrist.