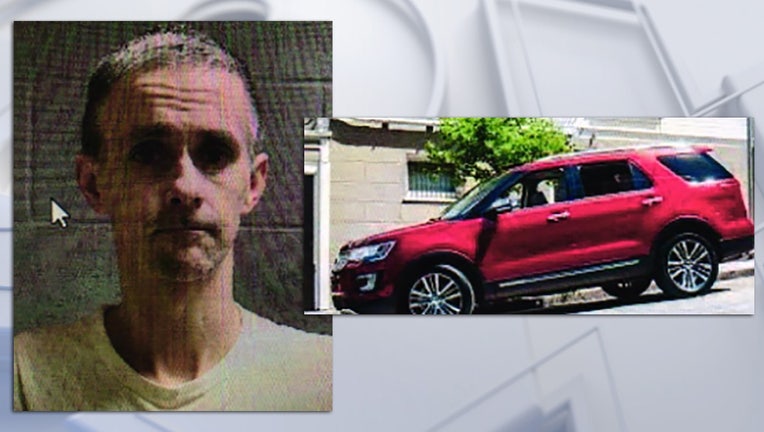 WAUKESHA, Wis. - A person of interest in a homicide in Antigo, Wisconsin may be in the Waukesha area, officials say.

Authorities say on Monday morning, Nov. 1, Antigo police responded to a residence for a welfare check. An individual was found deceased inside -- the victim died from apparent stab wounds. Officials have since identified the victim as 63-year-old Susan Reese of Antigo.

A news release says police are searching for a person of interest in this case – Derek Goplin, age 38. Again, he may be in the Waukesha area.

Authorities say Goplin may be driving a red 2016 Ford Explorer with Wisconsin license RANDYR. Officials say he may have a knife and is known to carry a gun.

The public is asked to contact the Antigo Police Department, Wisconsin Department of Justice Division of Criminal Investigations, or the Waukesha Police Department with information -- and to call 911 immediately if Goplin is spotted.

Two teenage girls, ages 15 and 16, were taken to the hospital from the scene of a shooting near Sherman and Wright.

An ancient artifact submerged in Lake Mendota for 1,200 years is seeing the light of day.

Victims of auto thefts tell Contact 6 it took them weeks, even months, to recover from the crime that’s become all-too-common in Milwaukee.