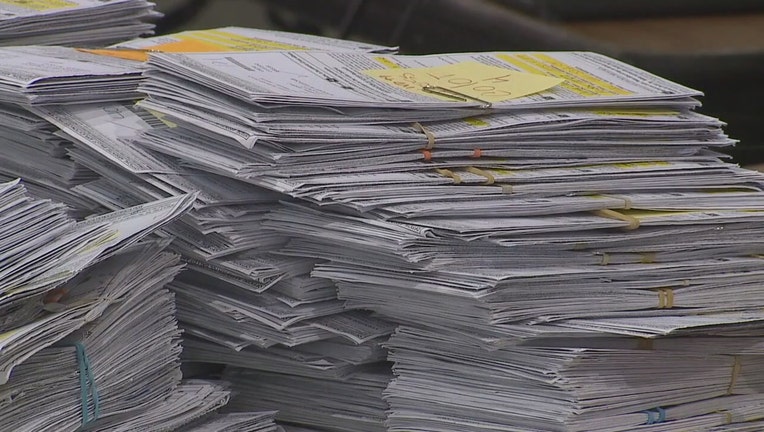 MADISON, Wis. - A Wisconsin judge said Thursday that a Republican-ordered, taxpayer-funded investigation into the 2020 election found "absolutely no evidence of election fraud," but did reveal contempt for the state's open records law by Assembly Speaker Robin Vos and a former state Supreme Court justice he hired.

Dane County Circuit Judge Valerie Bailey-Rihn awarded about $98,000 in attorneys' fees to the liberal watchdog group American Oversight, bringing an end in circuit court to one of four lawsuits the group filed. Vos's attorney, Ron Stadler, said he was recommending that Vos appeal the ruling.

The fees will be paid by taxpayers, which is why the judge said she was not also awarding additional punitive damages against Vos. Costs to taxpayers for the investigation, including ongoing legal fees, have exceeded $1 million.

"I think the people of the state of Wisconsin have been punished enough for this case," Bailey-Rihn said. "I don’t think it does anyone any good to have punitive damages placed on the innocent people of this state."

All of American Oversight's lawsuits stem from records requests it made to Vos and Michael Gableman, a former Wisconsin Supreme Court justice hired by Vos in June 2021 to investigate the 2020 presidential election won by President Joe Biden. Vos ordered the investigation under pressure from election loser Donald Trump, who continues to falsely claim there was widespread fraud in Wisconsin and that Biden's win should be decertified, which is impossible and which Vos has repeatedly refused to support.

Biden's victory by nearly 21,000 votes has withstood recounts, multiple state and federal lawsuits, an audit by the nonpartisan Legislative Audit Bureau and a review by a conservative activist law firm, the Wisconsin Institute for Law & Liberty. An Associated Press review of Wisconsin and other battleground states also found far too little fraud to have tipped the election for Trump.

Vos and Gableman have suffered a series of defeats at the circuit court level in the American Oversight lawsuits. Along the way, both were found to be in contempt for refusing to comply with court orders to turn over records. Bailey-Rihn, presiding over her last hearing before retiring, expressed frustration Thursday.

"This has been a long and torturous process to get here," she said. "The reality is, whatever records there were, they were either destroyed or they weren’t kept. The problem for this court is no one knows when those records were destroyed."

Gableman testified in another case that he routinely deleted records that he thought were not a part of the investigation. That resulted in American Oversight filing a fourth lawsuit alleging those deletions were against the law. That case, along with two others, is still pending.

A judge next month was to consider whether Gableman had fulfilled requirements to vacate an earlier contempt order for not turning over records. And in another case, Vos faced an Aug. 4 deadline to turn over additional records requested by American Oversight.

"This whole case has been about trying to shine a light on government," Bailey-Rihn said. What it revealed, she said, was that in the early days of Gableman's probe, he was being paid $11,000 a month by taxpayers "to sit in the New Berlin library to learn about election law because he knows nothing about election law."

"We’re all citizens of this state and this country, and we want our elections to be fair and not tainted by any sort of election fraud," the judge said. "We have absolutely found out from this case there was absolutely no evidence of election fraud."

She said Vos and others have shown they believe they have no obligation to comply with the state open records law, they don't understand it, they don't follow the attorney general's guidance and they leave it to people who aren't trained on the law to deal with it.

"That’s one thing the citizens of this state have learned to their detriment," Bailey-Rihn said.