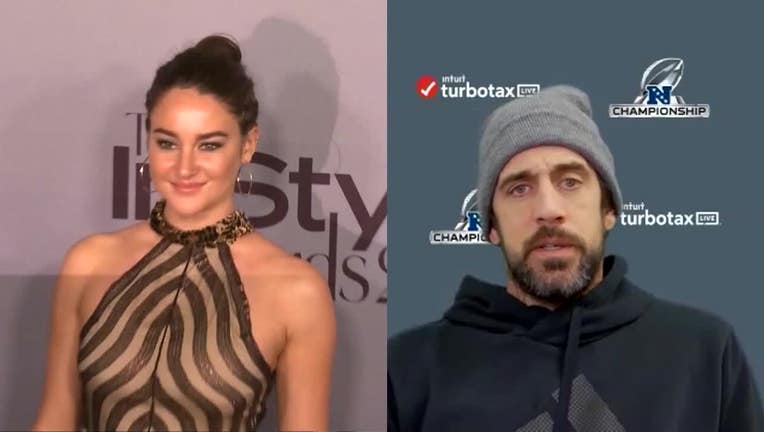 MILWAUKEE - Green Bay Packers quarterback Aaron Rodgers and actress Shailene Woodley are no longer an item, according to a Wednesday report from TMZ.

The outlet reported that the couple called off their engagement after less than two years together – and have ended things for good.

Rodgers and Woodley started dating, TMZ said, not long after Rodgers and racing star Danica Patrick split in 2020. The 38-year-old quarterback and 30-year-old actress announced their engagement in February 2021.

While embattled with the Packers in the 2021 offseason, Rodgers and Woodley were spotted vacationing in Hawaii, per TMZ. Actor Miles Teller and his wife joined the couple for a portion of the trip. The couples were also spotted at The Kentucky Derby.

As for why the power couple ended things, TMZ reported "that Rodgers was getting ‘cold feet’ and prioritized his football career...with the report adding Woodley felt ‘neglected’ during the relationship."

Rod Stewart along with special guest Cheap Trick will perform at the American Family Insurance Amphitheater during Summerfest on July 7.

Martin Truex Jr. has never won the Daytona 500, but he gets another crack this Sunday. Tim Van Vooren goes Beyond the Game with the former NASCAR Cup Series champion.