You might recognize Thaathwik Arsha Abhilash as a former FOX6 Future Forecaster, but now he is a published author.

BROOKFIELD, Wis. - You might recognize Thaathwik Arsha Abhilash as a former FOX6 Future Forecaster, but now he is a published author.

The 9-year-old from Brookfield has a new book called "Dragon Summer."

Now a published author, Thaathwik's book is about a boy and his dragon friend who go on an adventure and defeat the evil villain shadow.

"I started writing, my parents looked at it, the first two chapters, and they said if I finish the whole book they would publish it," said Thaathwik.

And his parents kept their promise.

"We thought we would just make one printed copy for him to have it in his hand and make our promise of publishing the book, but then when we read it we felt like it is like a 9-year-old’s imagination kind of from 8 to 12, kids can correlate with that and they can really enjoy that," said Aarsha Sophy Abhilash, Thaathwik's mom.

Thaathwik also tried his hand at the green screen as one of FOX6's Future Forecasters. If meteorology doesn't work out though, Thaathwik has another book in the works. 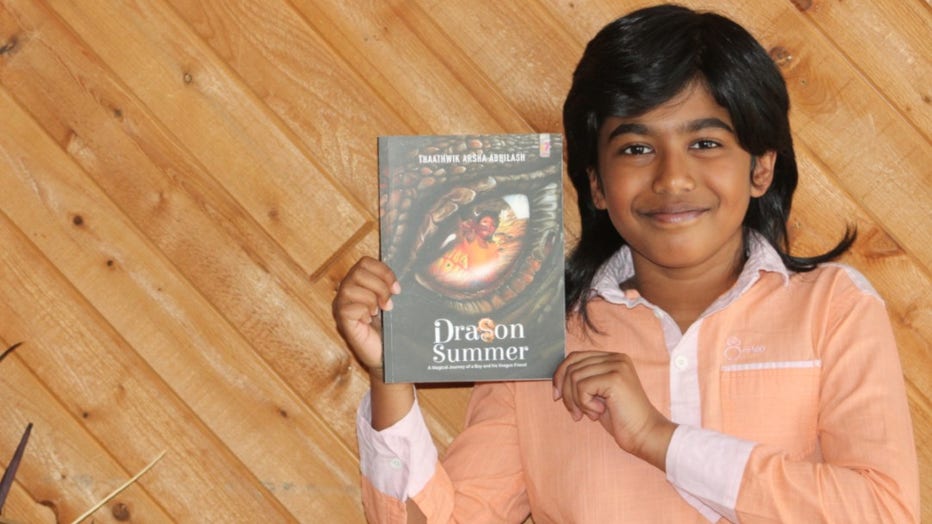 Another epic adventure between friends to defeat a villain.

"Instead of it being a dragon, it is a bad guy who is inventing apocalyptic creatures who can destroy the whole world," said Thaathwik. 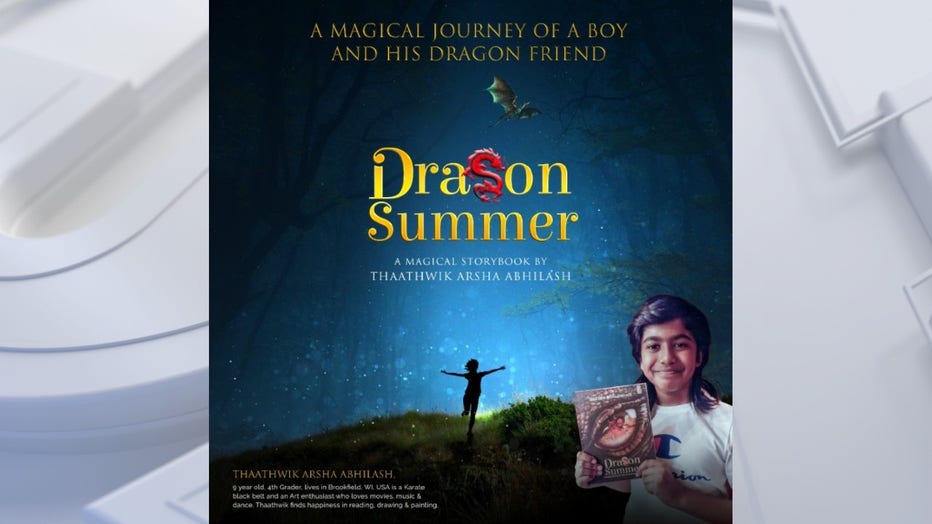 Thaathwik encourages others to let their imagination sore.

'I could feel it:' Cedarburg mail carrier saves man's life after fall

The Crush COVID Crew is an ambassador program for local leaders, residents and businesses -- aimed at addressing vaccine education and awareness.