Four people are dead, including a child, and one person was wounded as a result of the shootings.

The first shooting happened around 5:50 p.m. near 45th and Hadley. Police said the victim, an 18-year-old Milwaukee woman, was found suffering from fatal gunshot injuries. This shooting is the result of an ongoing argument. Milwaukee police continue to seek unknown suspects.

A 20-year-old Milwaukee man arrived at a hospital suffering from ultimately fatal gunshot injuries around 7:20 p.m. 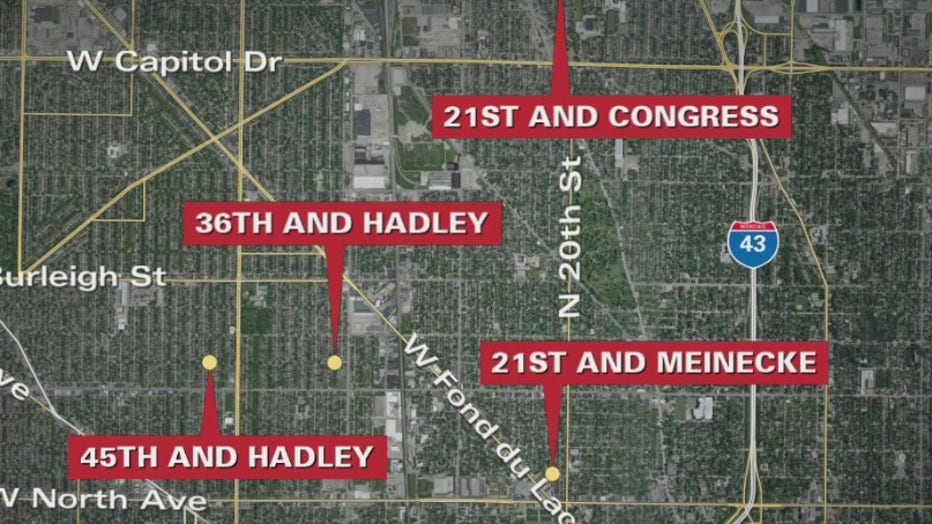 A second shooting victim – an 18-year-old Milwaukee man – was transported to a hospital for a non-fatal gunshot injury.

The shooting is the result of a shoot-out between both victims, police said; the surviving victim was taken into police custody.

A third shooting happened around 10:40 p.m. The victim, a 31-year-old Milwaukee man, was found suffering from fatal gunshot injuries. What led to the shooting is under investigation, and police continue to seek unknown suspects.

According to the Milwaukee County Medical Examiner's Office, a 15-year-old boy was found suffering from fatal gunshot injuries around 11:35 p.m.  The circumstances that led to the shooting are under investigation, and Milwaukee police continue to seek unknown suspects.

Arnitta Holliman, director of Milwaukee's Office of Violence Prevention, said issues like economic insecurity, education and trauma are all factors.

"We are in a public health crisis as it relates to gun violence," Holliman said. "We have to look at it more than, ‘How do we stop getting someone to pick up a gun?’ It’s also how do we address some of the root causes before someone ever has that thought."

"What would be helpful is to highlight the programming and resources available – if they see those more than the reports on the shootings, they are more likely to reach out for that help," said Holliman. "There’s a constant message in our community that is of doom and gloom and fear and there are reasons to feel unsafe when there are far more reasons to find hope and healing and safety."

Greenfield police provided a video update regarding an incident in which a Greenfield police officer was shot multiple times – and a person who was being pursued and fired upon officers was fatally shot.