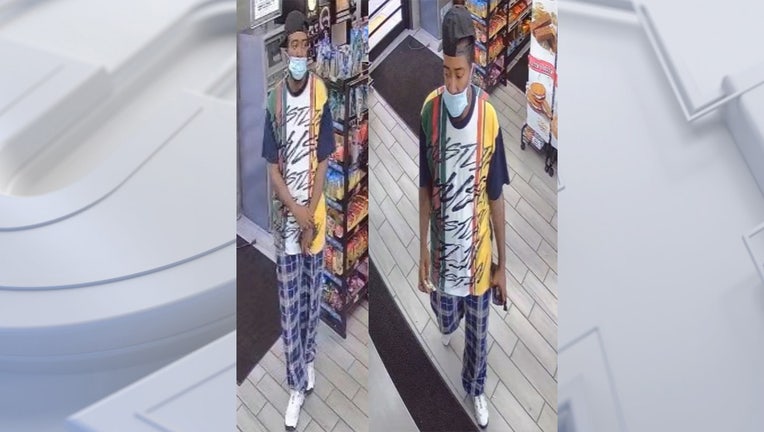 MILWAUKEE - Milwaukee police are requesting the public’s help in identifying and locating a suspect wanted in a shooting that occurred near 31st and Libson on Wednesday, July 14.

Officials say shortly after 10 a.m., the suspect punched and fired a shot subsequently striking a victim. He then fled.

The suspect is described as a male, African American, in his 20s, 5'9"-5'10"tall,  with a medium build. He was last seen wearing a multi-colored short sleeve shirt, a black hat with a white logo, and blue and white pajama pants. He was armed with a handgun. The suspect fled in a black 4-door Honda Accord, officials said.

Milwaukee police thank Bucks fans: 'You all made it a huge success'

Milwaukee police are thanking fans of the Milwaukee Bucks that attended the championship parade and celebration on Thursday, July 22.

Free beer, tacos: Bucks fans take it all in as part of championship

Besides the Bucks championship parade and party in the Deer District, some fans are celebrating with free beer and tacos.