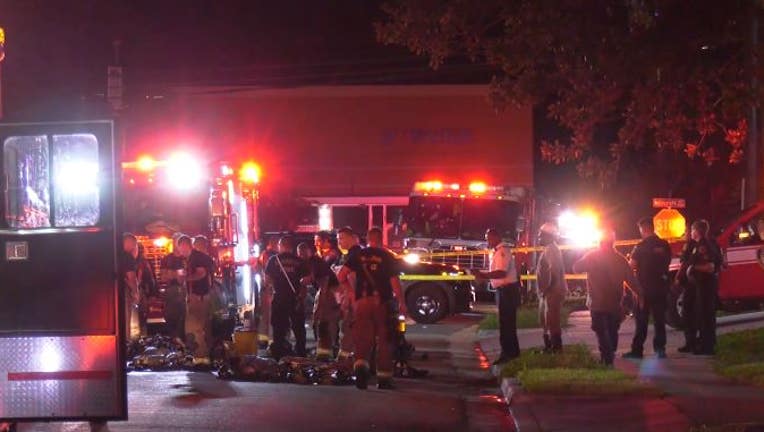 HOUSTON - What began as calls to a house fire in southwest Houston soon turned into a deadly shooting, where an officer also shot a suspect to death. This after officers learned he set fire to nearby homes and shot residents after he was recently evicted.

It happened around 1 a.m. in the 8000 block of Dunlap St. That's when police said firefighters were first called out for a home ablaze but moments later, officers were called to the scene for reports of a shooting.

When fire crews first arrived, they had to take cover after hearing shots getting fired. One of the first responding officers reportedly saw an unidentified man in his 40s, dressed in all black lying on the ground with a shotgun across the street from where the fire was taking place.

The officer shot that man, killing him.

Authorities say two other men who are believed to have been shot by the suspect were found dead in the house. Another gunshot victim died at the hospital.

Three other men, two with gunshot wounds and one with minor injuries, were also taken to the hospital and are expected to survive. 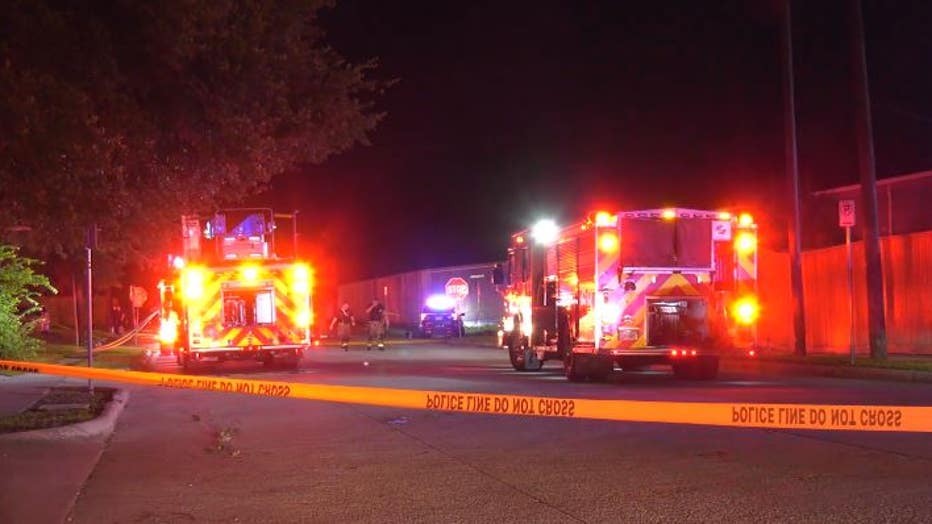 Robin Ahrens, another tenant of the building, was blindsided by the scene unfolding. "It happened so quick," he said. "The house was on fire. I mean, opened the door. After all the gunshots stopped, I walked outside, I’m like the whole place is on fire. I opened the door, and I mean smoke was billowing out of that door that’s open."

Based on preliminary information, an unidentified man was evicted recently from a home and waited for people to leave their respective homes and set them on fire before he began shooting. The owner of the property says there were no prior confrontations with the tenant.

A total of four people have died, including the suspect, according to police. Their identities have not been released, as of this writing.

Meanwhile, the officer who shot the suspect was placed on administrative leave, per Houston PD policy.