MILWAUKEE - A Milwaukee woman has been charged with the shooting death of a 22-year-old man near 29th and Wisconsin on Tuesday, May 18. 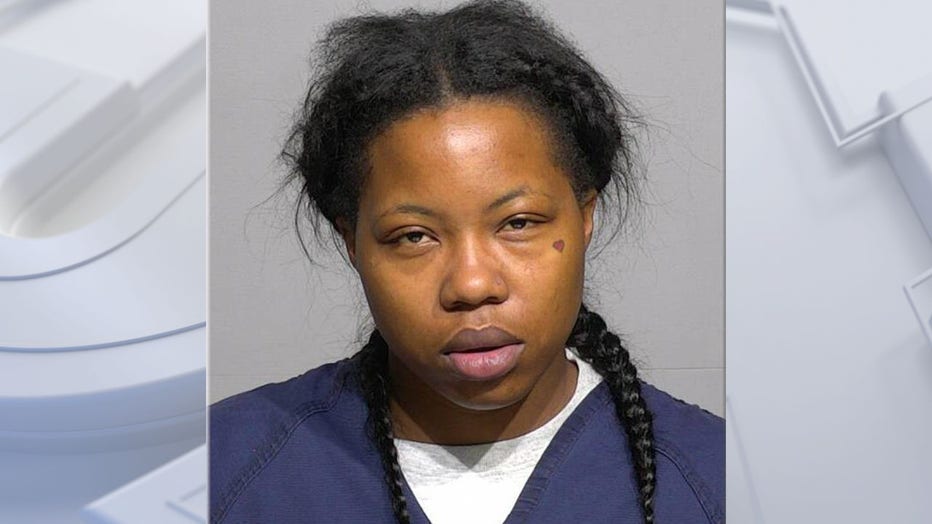 Tequila Collins, 21, has been charged with two counts:

Surveillance footage from inside the apartment building shows Collins and the victim were moving items from the building around 12:20 p.m. Tuesday. Footage shows Collins allegedly shoot at the victim from the top of a stairwell, striking him in the back at the bottom of the stairs.

The victim was aided by citizens outside the building as Collins ran from the scene, according to a complaint. The victim was pronounced dead at the hospital less than an hour later. An autopsy showed he died from a single gunshot wound to the lower back.

A police report stated the incident stemmed from an argument. A 9mm shell casing was found at the scene.

Collins was later identified by the apartment's manager.

When approached by police, Collins admitted to the shooting, originally saying the gun was supposed to "be safe" and "went off," a complaint read. She then went on to say she shot at him to "scare him while aiming at the glass window next to him."

Text messages revealed Collins was involved in another shooting near 18th and Vienna the day before on Monday, May 17.

Police had responded to the area for a shot spotter call and found a 9mm shell casing, but were unable to find a victim. Witnesses placed Collins at the scene, though she initially denied being involved and said she just shot her gun in the air, a complaint said. Count two is reflective of this incident.

If convicted, Collins could face up to 75 years in prison. No date has been set for a future court appearance.

UW-Whitewater police are asking for the public's help to identify a man as they investigate a sexual assault on Saturday, May 22.