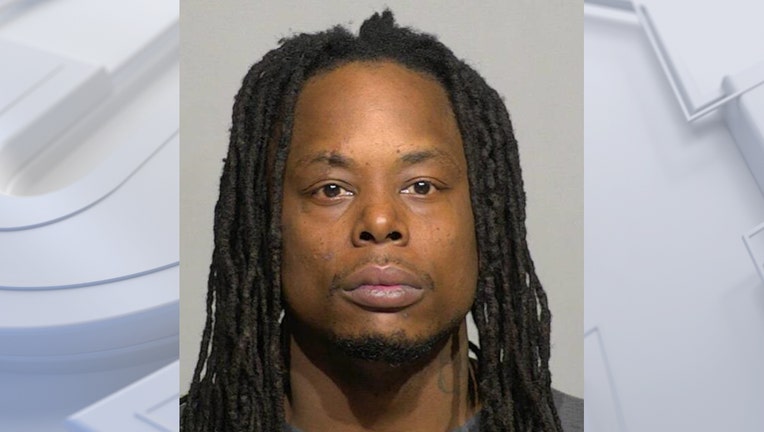 MILWAUKEE - A 27-year-old Milwaukee man is accused of stealing a gun from a Milwaukee police officer. The accused, Demari Straham, is charged with one count of possession of a firearm by a felon.

According to the criminal complaint, a Milwaukee police detective was assigned to investigate a gun that was stolen from a police officer in the department. The officer stated "her firearm went missing sometime between February 12, 2021, when she came home from work, and February 14, 2021, when she returned to work." The complaint says the officer kept her firearm in a backpack in her bedroom -- and the only people who had access to her residence were her daughter and Straham. The complaint says the officer "stated that the defendant was at her residence during that time frame the gun went missing and that she had ended her relationship with him over the phone while she was gone from her home."

The investigating detective located social media belonging to Straham. The complaint says in one of the photos, "the defendant is observed pointing the gun at the camera and in another photo, the defendant has the same firearm on his lap."

Straham was located and arrested by police. In an interview on Feb. 22, Straham denied taking the officer's gun. But after Straham was shown photos of him holding the gun, "the defendant admitted that it was him." However, he told investigators "the gun he was holding was his friend's, who is a CCW permit holder. The defendant stated that he just took a picture with the gun and that it was from the past weekend."

Straham made his initial appearance in court on Saturday, Feb. 27. Cash bond was set at $1,500. Straham is due back in court for a preliminary hearing on March 9.

With COVID-19 vaccine in limited supply, health systems are prioritizing which patients in eligible groups are offered the vaccine first. Distribution differs between health systems, but in the end, the message from medical professionals is the same.