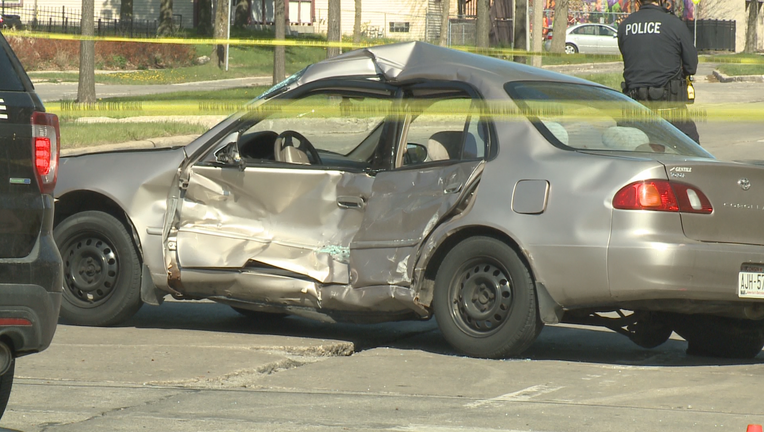 Scene of crash near 20th and Walnut in Milwaukee

MILWAUKEE - Milwaukee police said a man was seriously injured in an accident near 20th and Walnut on Friday afternoon, April 30.

The crash happened around 3 p.m. Police said a driver ran a red light, striking another vehicle.

A passenger of the striking vehicle -- a 70-year-old Milwaukee man -- was also injured. Both men were transported to the hospital for treatment.

Criminal charges against the driver who fled will be referred to the Milwaukee County District Attorney’s Office in the upcoming days.

Milwaukee police have seen a more than 100% rise in car thefts in 2021. Specifically, Kia and Hyundai vehicles are being targeted.