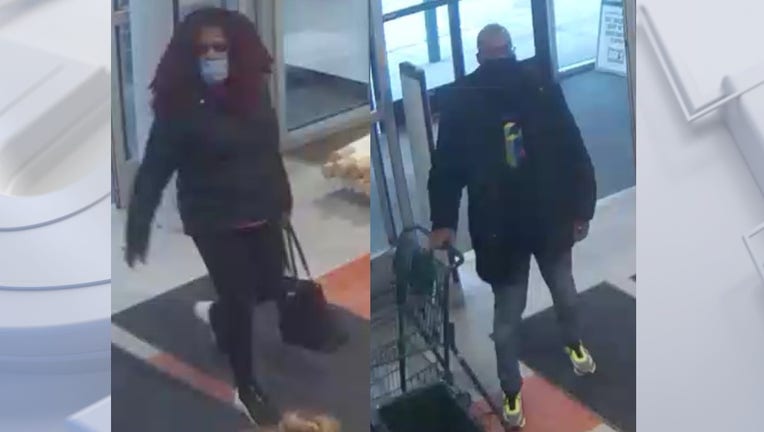 BROOKFIELD, Wis. - Brookfield police are asking for the public's help to identify a pair of theft suspects. It happened at Dick's Sporting Goods on Monday, Jan. 4.

According to police, a man and a woman entered the store around 3 p.m. and concealed five pieces of clothing totaling $462.38 into a backpack.

The suspects left in an unknown silver two-door vehicle.

Any individual with suspect information is asked to contact the City of Brookfield Police Department.