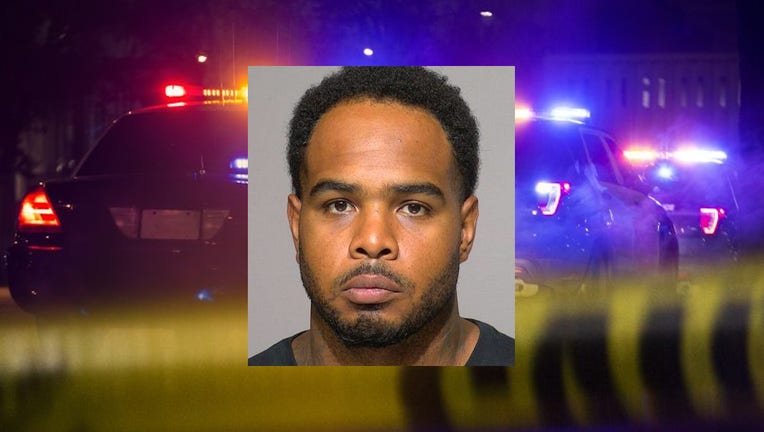 MILWAUKEE - A Milwaukee County jury found Johnny Burnett guilty on Friday, April 1 in the fatal shooting of a man outside a gas station near 17th Street and Rogers Street in Milwaukee on Aug. 9, 2020.

Jurors found Burnett guilty of first-degree reckless homicide and possession of a firearm by a felon.

According to a criminal complaint, police were called out to the area near 17th and Rogers shortly after 3 a.m. on Aug. 9 for a welfare check, and found the victim dead, with a gunshot wound to the chest. A trail of blood led to the nearby gas station, where police recovered surveillance video.

The girlfriend of the man who died told police she had been out with the man and Ruth Soto that night, who she has known her entire life. She noted various arguments during the night, and said they ended up in the victim's car -- with the victim driving, the girlfriend in the front seat and Soto in the back. At one point, the girlfriend said Soto began pulling her hair, and the victim pulled over -- dragging Soto from the vehicle in front of the gas station near 17th and Rogers.

That's where prosecutors say the victim told Soto to call her boyfriend "so they could inform him how she had been acting and squash all this." The girlfriend said Soto then made a call and told the person on the other like to, "Come handle this."

Soon, a pickup truck arrived, and the driver stuck his hand out the window and fired at the victim, who ran down a nearby alley, the complaint said. The victim's girlfriend identified Burnett as Soto's boyfriend who arrived with a gun.

Prosecutors said surveillance video showed the vehicle the victim was driving pulled up near the gas station at 2:28, and the pickup truck arrived at 2:35, with almost immediate gunfire.

According to the complaint, Soto admitted to investigators she was out with the victim and his girlfriend that night but said the next thing she remembered was being beaten by the victim. She claimed she didn't have a boyfriend and didn't know Burnett. However, prosecutors said her stepfather indicated she lives with her boyfriend, "Johnny," who drives a black truck. He also identified Burnett as her boyfriend, Johnny.

Soto pleaded guilty last June to one count of obstructing an officer.

Burnett is set to be scheduled on June 3.

An 8-year-old boy remains hospitalized in critical condition at Children's Wisconsin in Wauwatosa – and police say his mother is the person who hurt him inside a Sheboygan Falls apartment building on March 30.